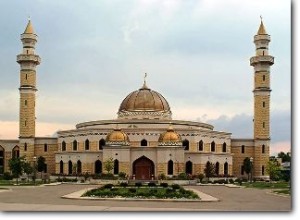 For years I have been saying to look to the UK to see what is coming our way in regards to Islam. Well the video below is worse than any I have seen from the UK, much worse.  The following video is very disturbing and not from the Middle East, it is from Dearborn Michigan. A city that is becoming an Islamic no-go zone right before our very eyes.

This is a must watch!

Hat tip to all who sent this in, and a round of applause for the brave Christian soldiers.

Now why didn’t Zuhdi Jasser fly in with his cape on and save the day? Let’s face it, one of the main resistances in this war is the notion that “moderates” are coming to the rescue, and I will repeat this over and over. It is not happening! As you can see by the video, Muslim immigration is starting to cause a real problem here in America, and if Islam and Muslim immigration are not dealt with head-on (that was not a call for violence), it is just a matter of time until we lose this war.

I would just like to add one more thing. A lot of non-Muslims have also realized that Jasser and “moderates” are not the answer. But a number of non-Muslims are not happy with me and some of my teammates for exposing the “moderate” campaign for what it is. I think it is safe to say that at least some of them are mad because they are being taken out of their false comfort zone, and they do not want to face the harsh reality of the situation. For the sake of their future generations, they had better get used to it.

← Zudhi Jasser’s Colleague Admits Their “Moderate Islam” Campaign has NO Mosque Support!
If not the EDL, Then Who Will Save the UK From Islam? →