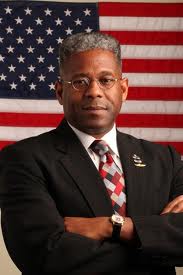 Over the years, many ask me, “Who is OUR Geert Wilders? Who will step up to lead the charge to save America from Islam? The answer is quite clear today! Our esteemed leader is the former Army Lt. Colonel and now Congressman Allen West (Republican – 22nd District Florida), a man who has a superior knowledge of Islam, and just as importantly, is not afraid to speak out candidly against its danger to our society.

As you can see, Congressman West brilliantly recounts background of the warring history of Islam before he gave the boot to the Council on American Islamic Relation’s spokesman. As for CAIR’s question to Congressman West, here is the answer.

Like the former Lt. Colonel said, the truth is out there…

Please contact the Congressman and let him know just how much you appreciate his tireless efforts! The contact information can be found HERE.

← “Allah is Dead – Why Islam is Not a Religion”
~Tennessee Lawmakers Take Aim On Shariah Bullseye!~ →