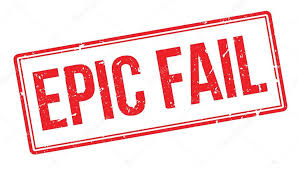 The notion that we can sort out the so called “good” Muslims from the bad accomplishes two things. It lowers the guard of some non-Muslims (Cue the “it is not all Muslims” crowd.), and helps keep Islam alive in America. Which is the last thing we need, because history shows us that respecting Islam as a religion is a slow cultural suicide.

Spencer: Hamas-linked CAIR is furious; its Bay Area rep Zahra Billoo was fulminating against Qudrat on Twitter not too long ago. But Qudrat is, of course, right about both CAIR and about Sharia, about which he says, It is unconstitutional, period. It has no place in the United States. It has no place anywhere in the world.”

You might be asking yourself what the problem is in the paragraph above? Well there are three.

1. Robert just blindly believes Qudrat. No mention to the fact that Muslims are instructed to lie.

2. No mention to the fact that Muslims should not be voted into positions of power. See UK.

3. No mention to the fact that Qudrat should be subjected to a more detailed line of questioning such as the following. 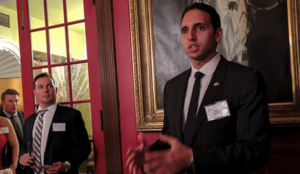 A. In Koran verse 5:3 Allah states Islam is perfect.

SAHIH INTERNATIONAL
Prohibited to you are dead animals, blood, the flesh of swine, and that which has been dedicated to other than Allah, and [those animals] killed by strangling or by a violent blow or by a head-long fall or by the goring of horns, and those from which a wild animal has eaten, except what you [are able to] slaughter [before its death], and those which are sacrificed on stone altars, and [prohibited is] that you seek decision through divining arrows. That is grave disobedience. This day those who disbelieve have despaired of [defeating] your religion; so fear them not, but fear Me. This day I have perfected for you your religion and completed My favor upon you and have approved for you Islam as religion. But whoever is forced by severe hunger with no inclination to sin – then indeed, Allah is Forgiving and Merciful.

B. Koran verse 3:7 states that Muslims are to accept the Koran as a whole.

SAHIH INTERNATIONAL
It is He who has sent down to you, [O Muhammad], the Book; in it are verses [that are] precise – they are the foundation of the Book – and others unspecific. As for those in whose hearts is deviation [from truth], they will follow that of it which is unspecific, seeking discord and seeking an interpretation [suitable to them]. And no one knows its [true] interpretation except Allah . But those firm in knowledge say, “We believe in it. All [of it] is from our Lord.” And no one will be reminded except those of understanding.

C. Koran verse 9:30 says that Allah should destroy all Jews and Christians. Which adds up to the overwhelming majority of America.

Before I ask you if agree or disagree with that statement, please keep in mind that Koran 5:44 states that if you do not judge by what Allah has revealed you are no longer a Muslim.

SAHIH INTERNATIONAL
Indeed, We sent down the Torah, in which was guidance and light. The prophets who submitted [to Allah ] judged by it for the Jews, as did the rabbis and scholars by that with which they were entrusted of the Scripture of Allah, and they were witnesses thereto. So do not fear the people but fear Me, and do not exchange My verses for a small price. And whoever does not judge by what Allah has revealed – then it is those who are the disbelievers.

So do you agree or disagree with Koran verse 9:30?

That is how you interrogate a Muslim. What did Spencer give us? NOTHING but blind support for the Muslim candidate. But what can be expected from a man who actually issued a statement that encouraged non-Muslims to be against banning Islam? Robert Spencer, getting weaker as Islam gets stronger.

“Radical Islamic terrorism is a real threat to our nation,” Qudrat said, adding that there was a “multi-component effort to try to undermine and destroy the United States and its allies.”

Like Spencer, Pollak did not even begin to challenge Qudrat. Not even picking up on the his use of the term “Radical Islamic terrorism’. As if there is a “radical Islam” and a regular Islam. He used the term in order to keep the focus off the root of the problem. Islam itself.

In his comments to Breitbart News Tonight, Qudrat criticized groups “that try to use our own laws against ourselves, and weaponize our Constitution against itself.”

If he meant that he would not be a Muslim. Because there are plenty of aspects of Sharia Law that are in the Koran. Including amputations, Koran 5:38, crucifixions, Koran 5:33, and lashings, Koran 24:2. Please let know when he condemns those verses. Oh, I forgot…..Spencer and Pollack do not have the courage to ask the tough questions. Talk about irresponsible reporting.