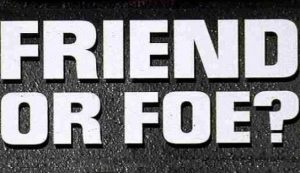 For years I have been stating that the career choices of Muslims do not negate them from being part of problem when it comes to the threat of Islam. As Muslim doctors have joined the violent jihad.

I have also been saying that Muslims do not have to be violent to be part of the problem. Which leads us to US Fencing Olympian, Ibtihaj Muhammad.

While the Koran does state that violent jihadists will go to paradise,…

…it also states that there are other ways for Muslims to support the jihad. One is with their wealth.

And spend in the way of God, in obedience to Him, in holy struggle and the like; and cast not your own hands, yourselves (the bā’ of bi-aydīkum ‘with your hands’ is extra) into destruction, by withholding funds needed for the struggle or abandoning it altogether, because this will give your enemy the advantage over you; but be virtuous, by spending etc.; God loves the virtuous, that is, He rewards them.

Another, and what mean seem harmless but is far from it, with their words.

Fighting for jihad with her words is exactly what Ibtihaj is doing. First by stating she is proud to represent America. Which implies that Islam is compatible with the US Constitution, when it is clearly not.

Then by playing the Muslim victim card by saying she does not feel safe in America and implying that speaking out against Islam is an act of racism. Meanwhile Muslims are slaughtering their way across the world. (If she was really followed home I condemn that, but considering Muslims are instructed to lie they cannot be trusted.)

Unfortunately the MSM does not have the will, knowledge, or courage to properly expose the mindset of Muslims. But I do.

So we start with her saying she will not apologize for Islam or for being a Muslim.

@IbtihajMuhammad @MINIUSA So you support lashings, sex slavery, and child marriages. You should be thrown off the team. @cristinalaila1

@IbtihajMuhammad @serenawilliams @SloaneStephens @Madison_Keys Islam is still enslaving blacks. So how can you be a proud Muslim?

Besides those comments, in the past I had asked her if she condemned Islam’s call to dominate non-Muslims. By force if need be.

Upon being challenged on Islam the outspoken Olympian suddenly got tongue-tied, would not condemn anything in the Koran, and blocked Cristina and I. 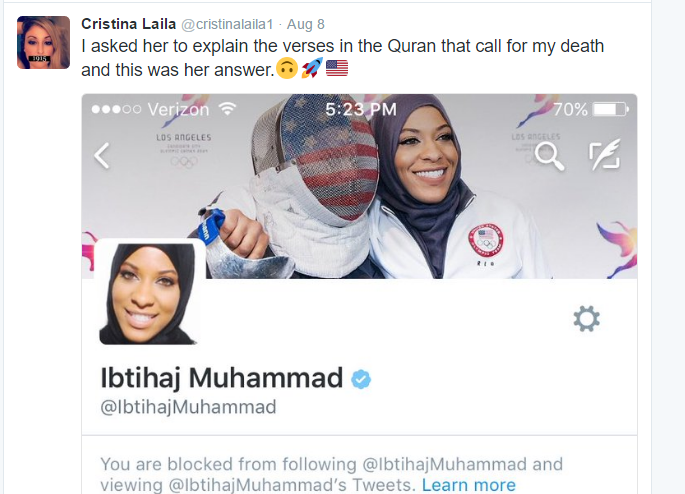 Why is that? Because she stands with Islam above America, and one of her goals in life was to change the Olympics to suit Islam. 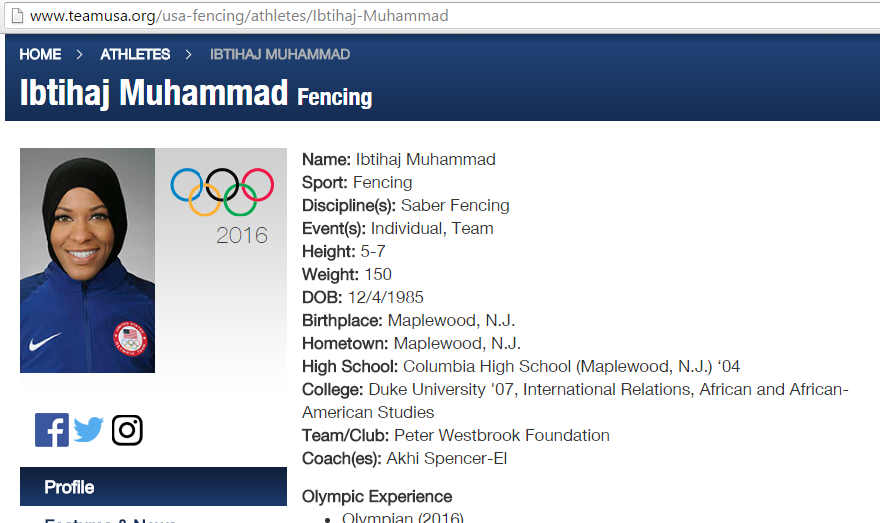 Are you starting to see her true colors? Oh, did I happen to mention this?
Hat tip to Anne Marie on the picture. 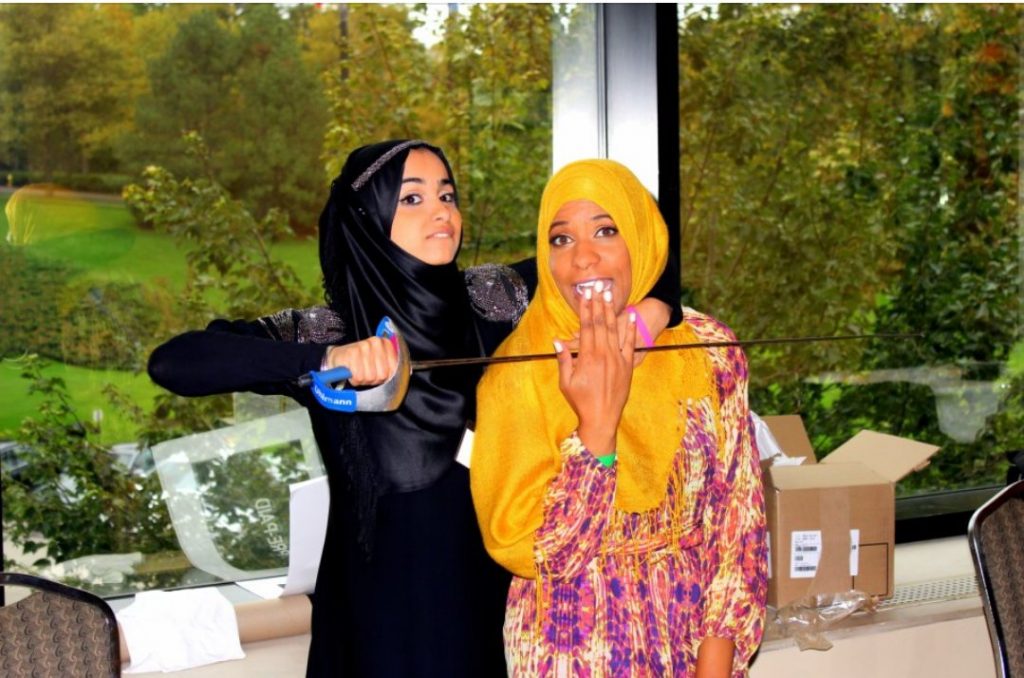 2 comments for “US Olympian Ibtihaj Muhammad, Friend or Foe?”