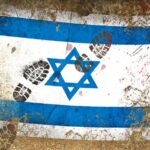 Wait! How can this be?! Weren’t the Abraham Accords between Sudan and Israel supposed to end the Islam infused hatred for Israel?

END_OF_DOCUMENT_TOKEN_TO_BE_REPLACED

For years I have been stating that the career choices of Muslims do not negate them from being part of problem when it comes to the threat of Islam. As Muslim doctors have joined the violent jihad.

I have also been saying that Muslims do not have to be violent to be part of the problem. Which leads us to US Fencing Olympian, Ibtihaj Muhammad.