Many of you might remember my past battles with ACT!’s Brigitte Gabriel and Co. Most of the argument was over her support of so called “moderate” Muslims like Zuhdi Jasser. As if he is going to magically reform the Koran into a “good” Islam, and save us from the “bad” Islam. 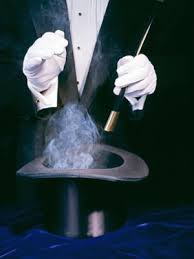 The results of the argument were her issuing a public statement against me, calling the critics of Jasser bigots, and finally blocking me and many others on Facebook just because she could not answer our simple questions.

Besides pushing the Zudhi Jasser fantasy ACT!’s upper echelon has made other ridiculous claims, such as they do not advocate ending Muslim immigration, that Muslims can be loyal and patriotic Americans, and that Islam is a religion of peace. 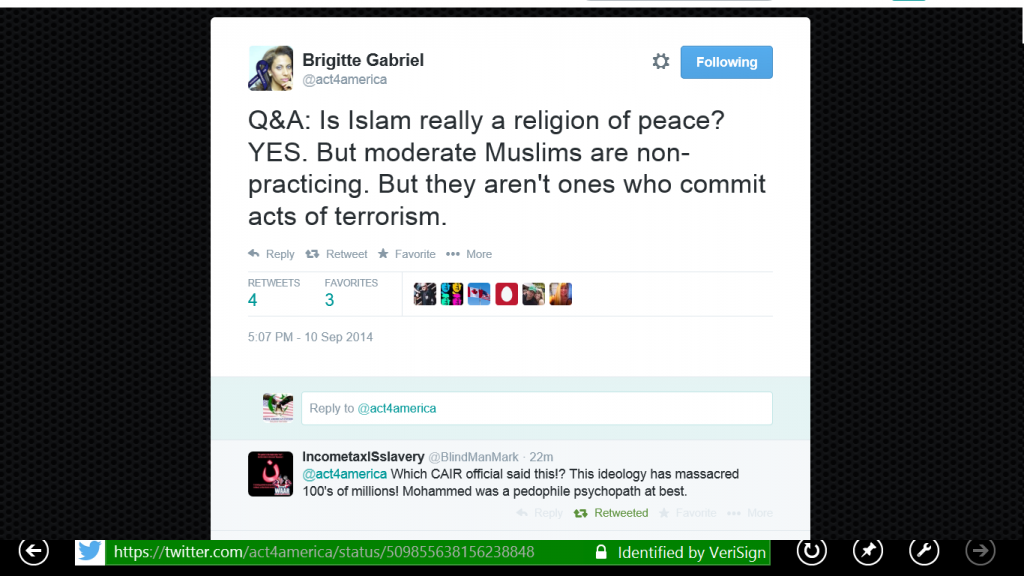 Religion of peace? I would love for the opportunity to debate her on that claim.

Disappointing? To say the least. How can we ever defeat an enemy if we cannot even bring ourselves to name that enemy?

Then there was some light when she recently told Hannity Islam is not a religion of peace. 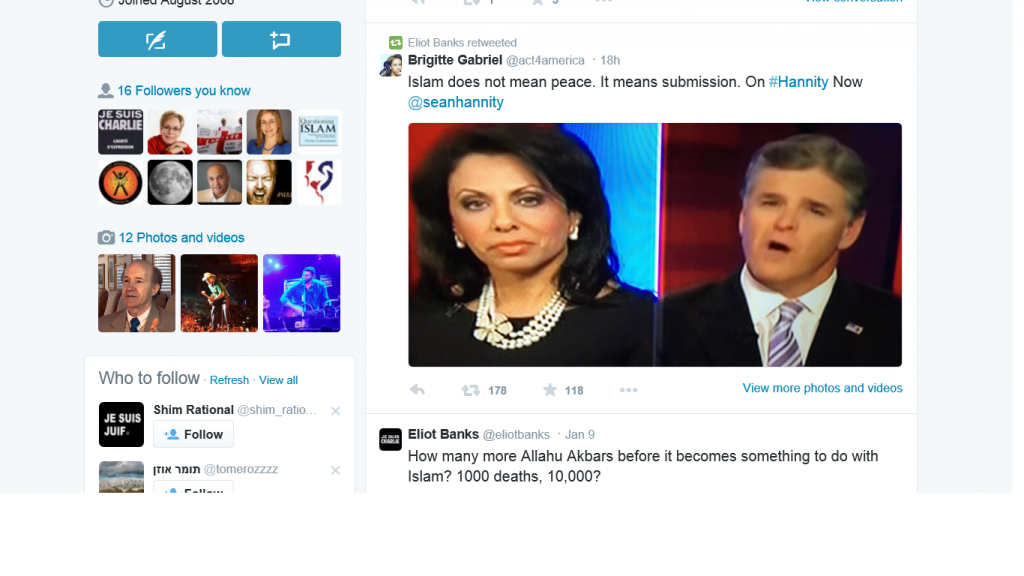 I was also encouraged because it seemed that her support for Jasser and his call for an Islamic reformation, had dwindled down to nothing as far as I saw.

Back to the nightmare

Unfortunately her visit into the reality of the situation did not last long. Because tonight she Tweeted that one of her keynote speakers at this years ACT! annual conference, is going to be none other than Apostate Ali and her call for an Islamic reformation. 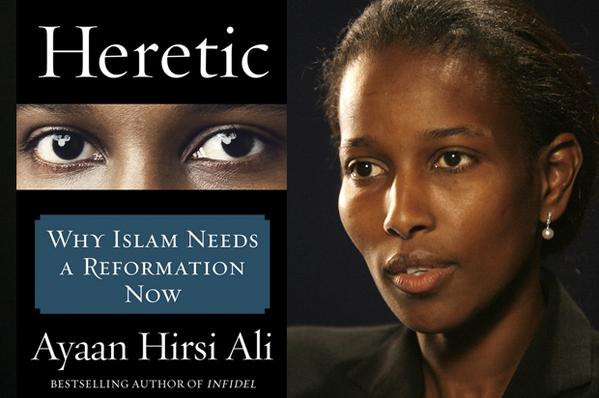 Now ask yourself. Do you really believe that an apostate of Islam is going to lead a campaign that will reform Islam? Of course not, I doubt even Brigitte believes it. So why did she invite her to speak? Because she is capitalizing on Hirsi’s recent spotlight in the media due to her new book. In other words it is all about the Benjamin$$$$. Brigitte Gabriel, the Queen of False Hope, is back to $elling America a bridge to nowhere.