I really do not want to write articles like this, but as I have stated even those who are supposed to be on our side are not being straight with the public on Islam. So I have no choice, and before you read the rest please know this is not directed at the thousands of great ACT! foot soldiers.

Do you remember back in May when our friend Ali Sina of Faith Freedom International backed Brigitte into a corner on the Hannity Show, and got her to reluctantly admit Islam itself was the problem? Afterwards many of my friends wondered if she would then keep a strong consistent message. Today we got our answer….

Earlier today ACT! held a conference in Washington D.C., and Brigitte had been Tweeting about it. Here is her terribly irresponsible, ideology of the enemy, protecting Tweet on Islam. 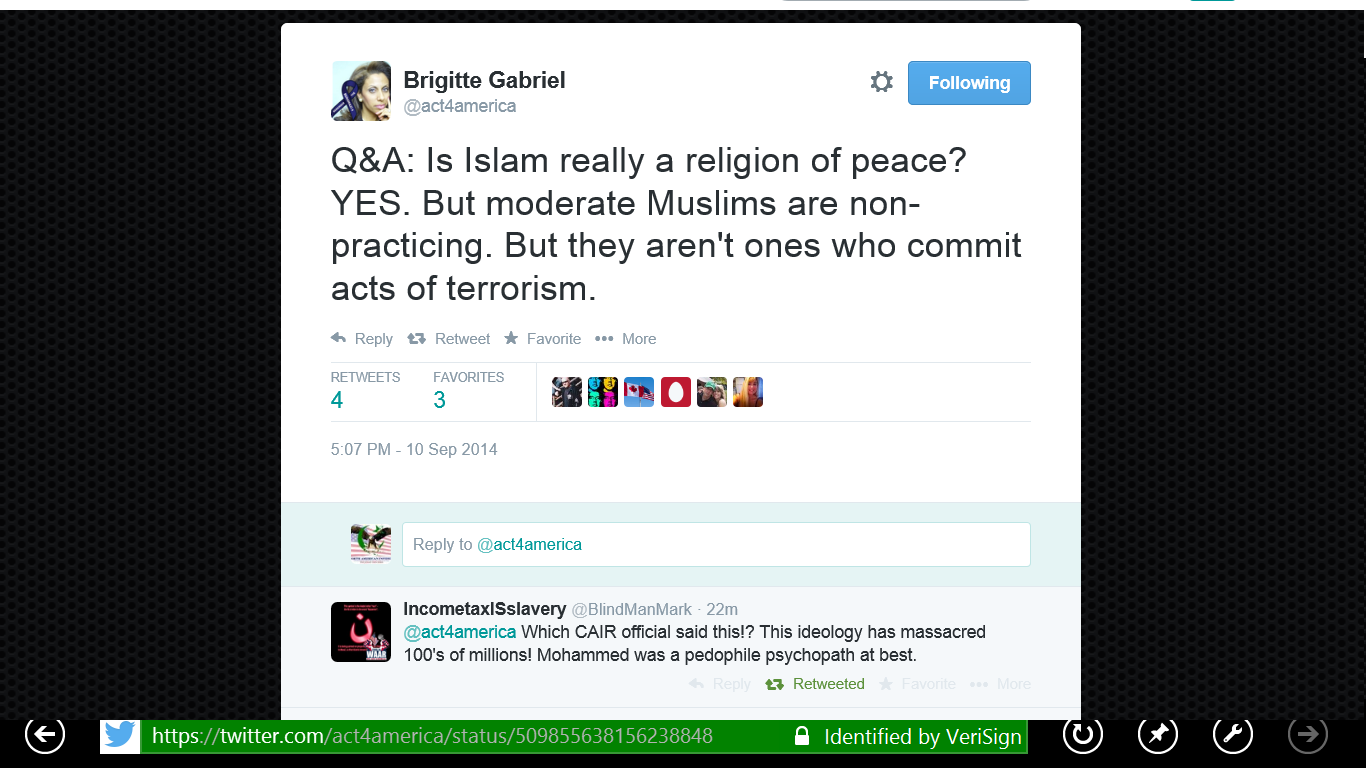 We should not be surprised though, because Gabriel had recently said Muslims and can be loyal and patriotic Americans. But the truth is that the Koran contradicts the US Constitution. So how can one be loyal to both?

When we were at war with Nazism, did we look to avoid calling it the enemy? Would we have even won the war if Nazism itself was not declared an enemy? Of course not, and we will not win this war unless we properly identify the enemy ideology. That ideology is Islam.

Strong leaders do not waver and become tongue-tied out of fear during a war. In order to win this war we need a consistent message. That is why North American Infidels (NAI) will never join the politically correct crew and mislead the country on Islam. Our future generations are counting on us! Please join us here today!

Thankfully a few others called her out on her misconception of Islam. 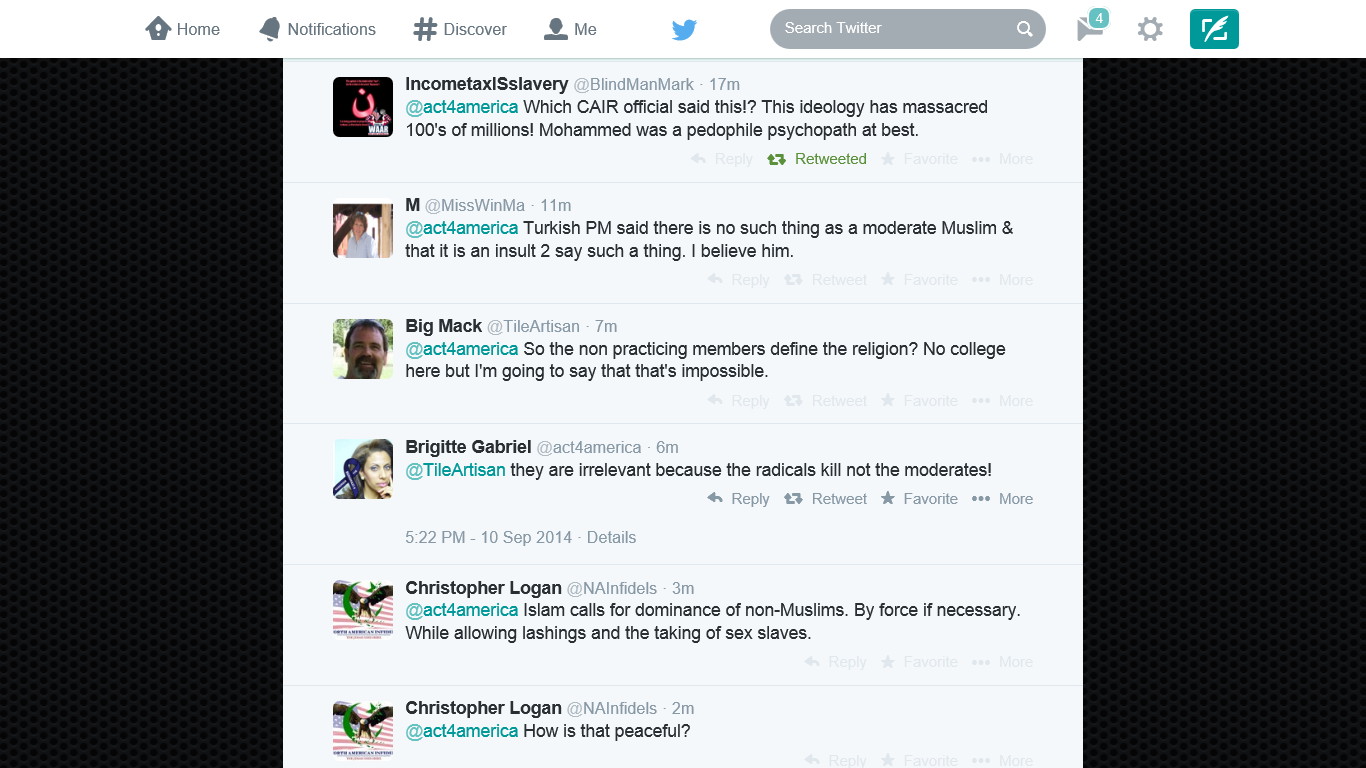 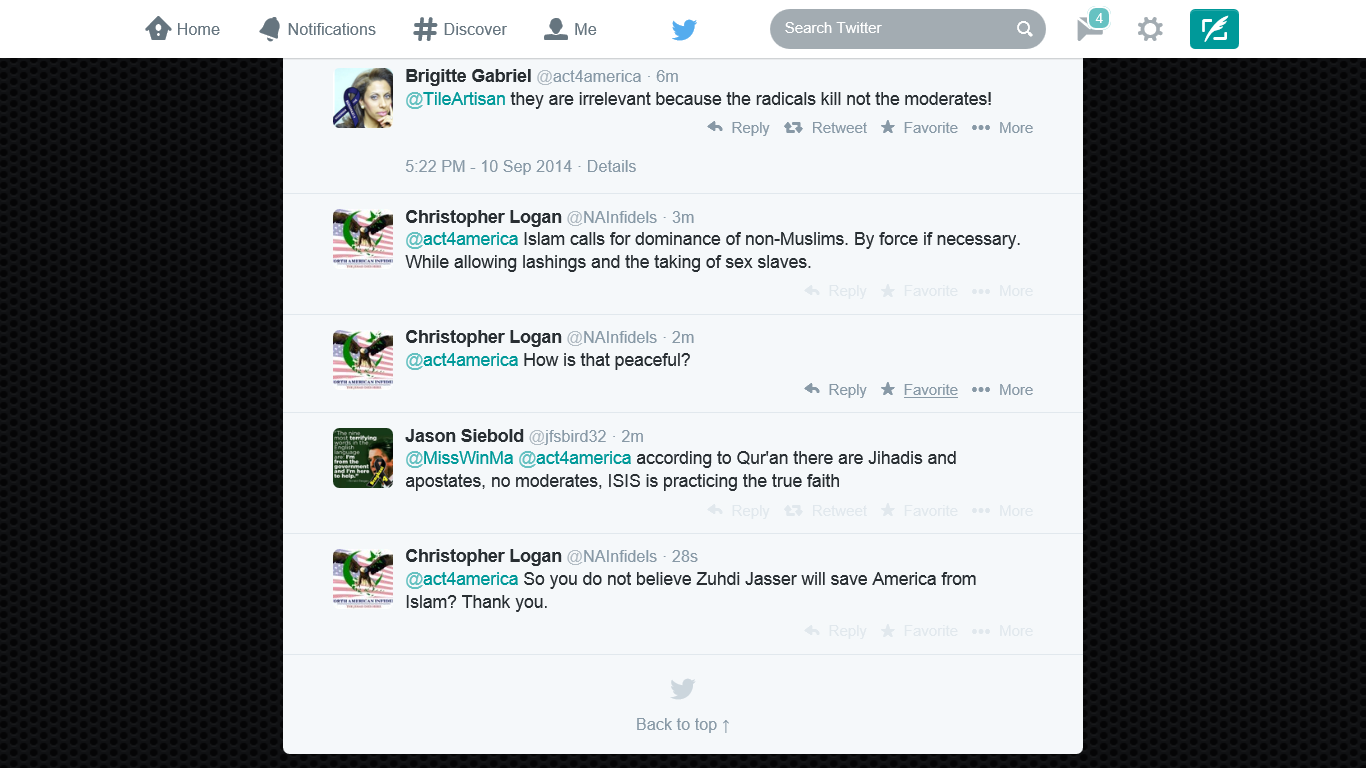 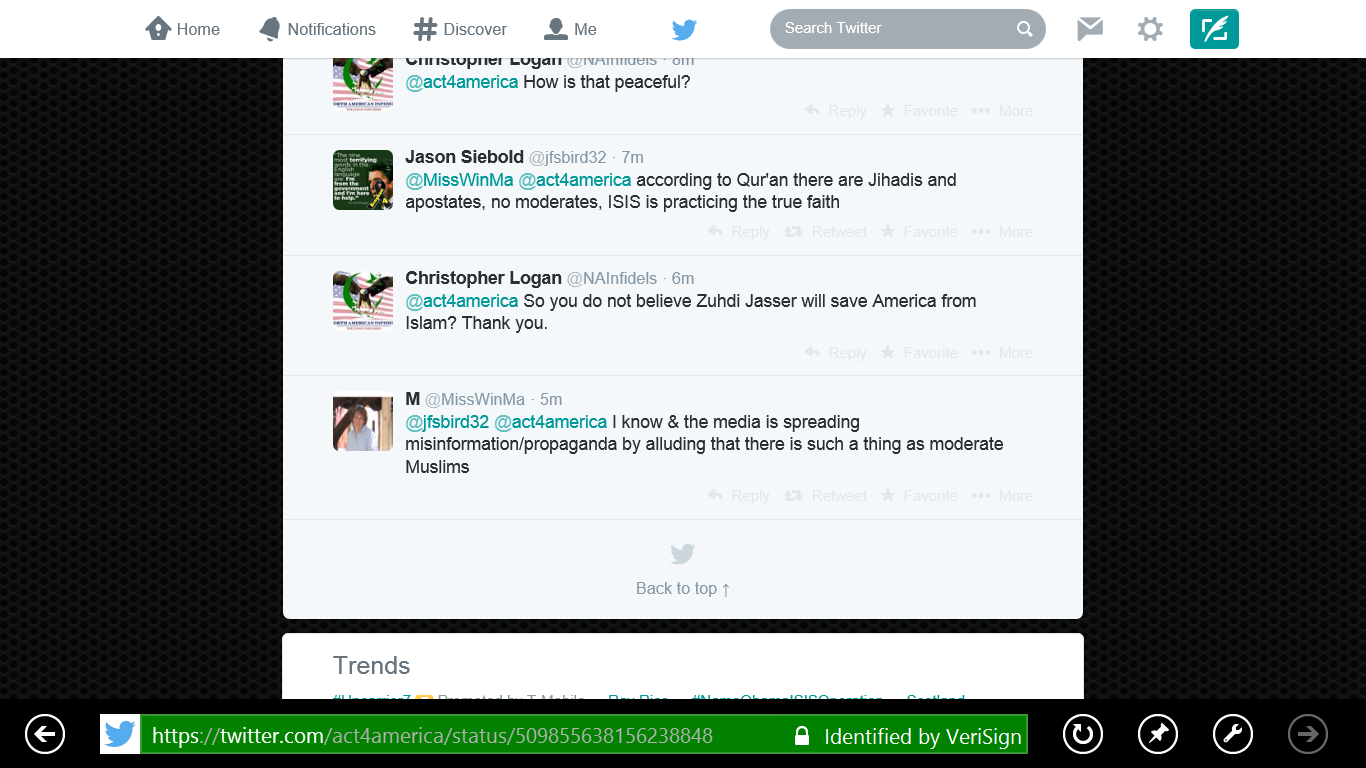 Let’s see if she will avoid my simple questions like she had in the past.

22 comments for “Brigitte Gabriel: Islam is a Religion of Peace!”