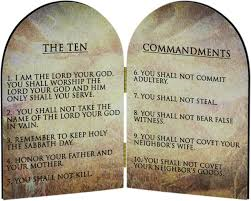 One of the main reasons we are losing the war with Islam is because of the overall lack of resolve of the Church. Adding to that is the outright treachery of many Churches. Including Pope Francis himself who actually opened the Vatican to what is out to destroy it. Islam. Another example of Church treachery is when over 50 US Churches opened their doors to Koran readings.

Those actions imply that Islam is Christianity friendly, when in fact the messages are polar opposites. Today I will further prove that by showing how Islam contradicts The Ten Commandments.

1. You shall have no other gods before Me.

Muslims like to tell non-Muslims that there is only one God, implying that the so called God of Islam is the same God as of Christianity.

Say: ‘He is God, One (Allāhu is the predicate of huwa, ‘He is’, and ahadun is its substitution or a second predicate).

God, the Self-Sufficient, Besought of all (Allāhu’l-samad constitute a subject and a predicate) [al-samad means] the One Who is always sought at times of need,

But if that were true why would the “God” of Islam calls for the dominance over and ultimate destruction of Christianity?

Obviously the so called God of Islam is not the God of Christianity.

5. Honor your father and your mother.

Unless of course you are a Muslim, and your father is not.

The following was revealed regarding those who refrained from emigrating because of their families and trade: O you who believe, do not take your fathers and brothers for your friends, if they prefer, if they have chosen, disbelief over belief; whoever of you takes them for friends, such are the evildoers.

Or your mother is a Jew or Christian.

6. You shall not murder.

Under Islamic Law one can be killed for just merely “insulting” Islam. Or as the Koran puts it, spreading “corruption” or “mischief”. 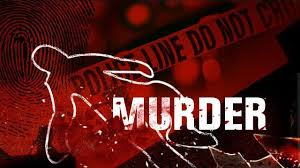 The following was revealed when the ‘Arniyyūn came to Medina suffering from some illness, and the Prophet (s) gave them permission to go and drink from the camels’ urine and milk. Once they felt well they slew the Prophet’s shepherd and stole the herd of camels: Truly the only requital of those who fight against God and His Messenger, by fighting against Muslims, and hasten about the earth to do corruption there, by waylaying, is that they shall be slaughtered, or crucified, or have their hands and feet cut off on opposite sides, that is, their right hands and left feet, or be banished from the land (the aw, ‘or’, is [used] to indicate the [separate] application of [each of] the cases [listed]; thus, death is for those that have only killed; crucifixion is for those that have killed and stolen property; the cutting off [of limbs on opposite sides] is for those that have stolen property but have not killed; while banishment is for those that pose a threat — this was stated by Ibn ‘Abbās and is the opinion of al-Shāfi‘ī; the more sound of his [al-Shāfi‘ī’s] two opinions is that crucifixion should be for three days after [the] death [of the killer], or, it is also said, shortly before [he is killed]; with banishment are included similar punishments, such as imprisonment and the like). That, mentioned requital, is a degradation, a humiliation, for them in this world; and in the Hereafter theirs will be a great chastisement, namely, the chastisement of the Fire.}

While Muslims will not call that murder, it is certainly is to Jesus.

7. You shall not commit adultery

Not only does Islam allow polygamy, it also allows the taking of sex slaves.

If you fear that you will not act justly, [that] you will [not] be equitable, towards the orphans, and are thus distressed in this matter, then also fear lest you be unjust towards women when you marry them; marry such (mā means man) women as seem good to you, two or three or four, that is, [each man may marry] two, or three, or four, but do not exceed this; but if you fear you will not be equitable, towards them in terms of [their] expenses and [individual] share; then, marry, only one, or, restrict yourself to, what your right hands own, of slavegirls, since these do not have the same rights as wives; thus, by that marrying of only four, or only one, or resorting to slavegirls, it is likelier, it is nearer [in outcome], that you will not be unjust, [that] you will [not] be inequitable.

Of course Muslims will not admit this is adultery. What would Jesus think?

Yes, Mohammad was a plunderer (thief), and the Koran even has an entire chapter dedicated to it. Sura 8, The Spoils of War. 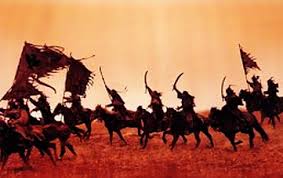 9. You shall not bear false witness against your neighbor.

Lets compare what Jesus and Islam/Mohammad had to say about lying.

43: Why is my language not clear to you? Because you are unable to hear what I say.
44: You belong to your father, the devil, and you want to carry out your father’s desires. He was a murderer from the beginning, not holding to the truth, for there is no truth in him. When he lies, he speaks his native language, for he is a liar and the father of lies.

45: Yet because I tell the truth, you do not believe me!.

Humaid b. ‘Abd al-Rahman b. ‘Auf reported that his mother Umm Kulthum daughter of ‘Uqba b. Abu Mu’ait, and she was one amongst the first emigrants who pledged allegiance to Allah’s Apostle (may peace be upon him), as saying that she heard Allah’s Messenger (may peace be upon him) as saying: A liar is not one who tries to bring reconciliation amongst people and speaks good (in order to avert dispute), or he conveys good. Ibn Shihab said he did not hear that exemption was granted in anything what the people speak as lie but in three cases: in battle, for bringing reconciliation amongst persons and the narration of the words of the husband to his wife, and the narration of the words of a wife to her husband (in a twisted form in order to bring reconciliation between them)

Islam, the anti-thesis of Christianity. 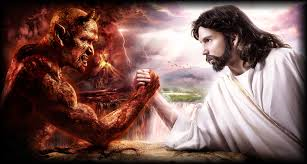 Please feel free to use this article or any others on site in order to help educate the public on the threat of Islam. Thank you.

← Mullah Krekar: We Have the Right to Kill Those who Insult Islam
Muslim Marine Misleads Mainstream Media! →

8 comments for “Islam vs. The Ten Commandments”