Back in August of 2011 I exposed that Philadelphia’s “Taliban gangsta” rapper Vinnie Paz was too much of a moral coward to condemn Mohammad for being a rapist, and slave owner. I also spoke out against his irresponsible pro-Islamic terrorism video. Now unfortunately my words are proven true as I was informed that Tamerlan Tsarnaev,the now dead Islamic Boston Bomber was a fan of  the terror loving Vinnie Paz!

Hat tip to Spread the Truth. 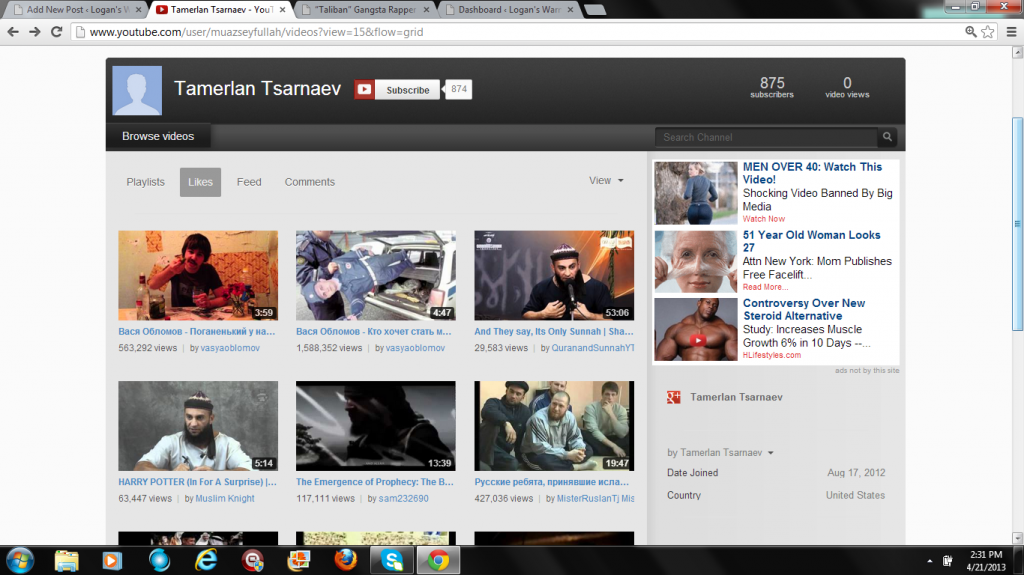 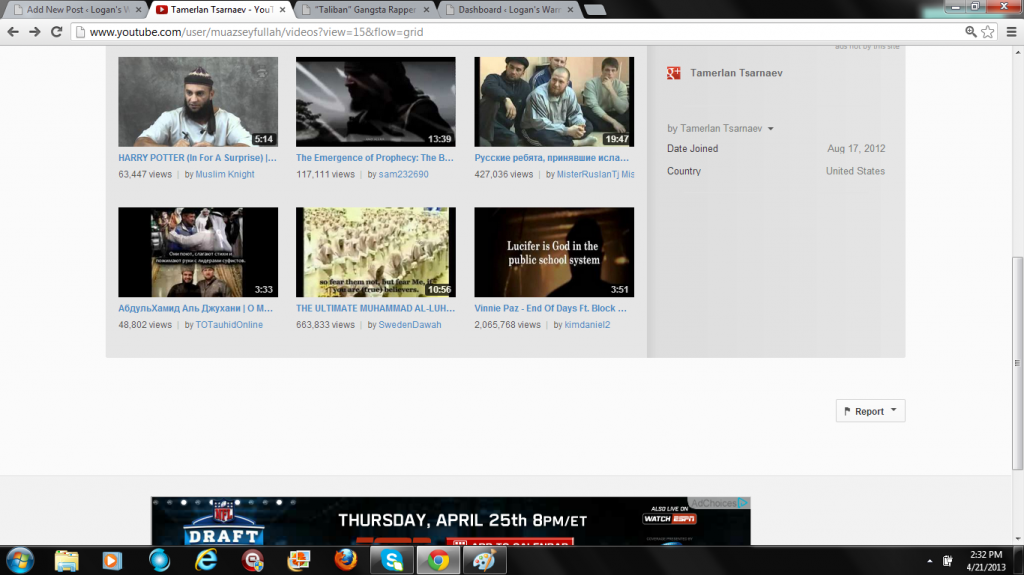 In the song “End of Days” Vinnie raps out of both sides of his mouth. He implies he is against slavery, but Islam allows slavery and in the past he would not condemn it. He also shows he is a traitor to America as he stands tall for the Saudis, claiming they are not an enemy. Has Vinnie ever read what they teach in their text books? Or does he just not care? Hey Paz, since you consider them friends, why don’t you fly there and put on a show? Let’s see how much you like Sharia then…

But what can be expected from a guy who claims Obama was cloned in a test tube?

← The “Beauty” of Islam That is Coming to America if we do not Defeat Islam
North American Infidels Salutes Radio Host Laura Ingraham! →