Did you ever wonder why Muslims gather at these barbaric events like it is a spectator sport? 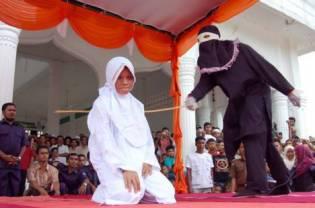 Become part of the team that is not afraid to fight Islam head-on! (All within the law.) Join North American Infidels today.

← The Dhimmi US Government ~ A Puppet of the Saudis
Dead Islamic Boston Bomber was a fan of “Taliban Rapper” Vinnie Paz! →