Tonight once again we see the attitude that is needed to win this war. That is the infidel on the offensive attitude, and once again we see our fearless friend Pamela Geller take it to the enemy, with her new hard hitting subway ads! Go Geller! 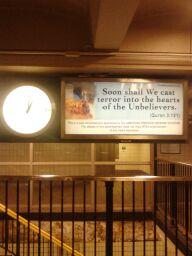 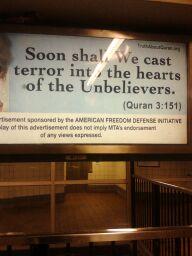 Message to my Muslim “friends””……the infidels are waking up! Within the law, you WILL LOSE this war. Count on it!

← NY College Student Steps up to the Plate and Takes on Islam!
The Islamic Suicide of Germany! →