This is a quick update on the “Muslims Rent out Sports Arena for MEGA Interfaith IslamoCON!!” exclusive story. The first thing is that the link to the article has been Tweeted to (by numerous infidels), and posted on the Facebook page of the backstabber of America, Republican Congressman Michael Grimm of NY’s 13Th District (Staten Island). As of now he has not responded, and it appears he might just duck the issue. 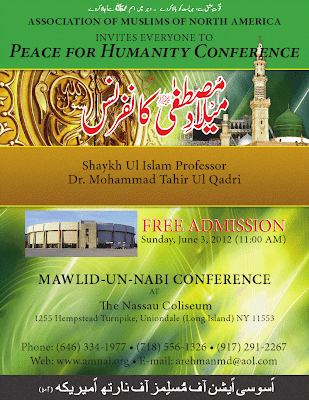 Secondly, I called the number in the ad that was placed in the Pakistan Post. 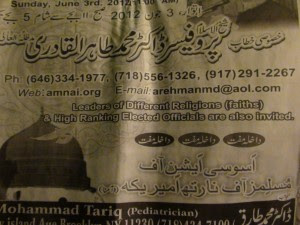 A Muslim man answered, and I told him I am a non-Muslim who was interested in their “Peace for Humanity” conference. He asked how I knew about it, and I responded the Pakistan Post. He wanted to know how I understood the language. My reply was that the ad was in English also. Then he laid it on thick. Telling how me “good” I am, a for “God to bless me and my family”. For some reason he didn’t not mention the following verse from the Koran.

He went on to tell me to bring as many people as I like, and closed with “this is what’s best for humanity”. Like I said, Muslims think they know what is best for us infidels.