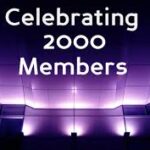 For those who are on MeWe and are interested in troll free conservative political talk please join us here. For those who are not on MeWe, they have an interesting option that most other social media sites do not have. Live chatrooms.

END_OF_DOCUMENT_TOKEN_TO_BE_REPLACED 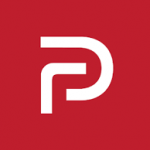 Hello friends, it is just like the headline says. I am now on Parler and to be honest it feels like the good ole’ days on Twitter before they cowardly bowed to Islam. The best part of it is that you can send comments to people in positions of power on Parler. Politicians and media outlets included. To follow me there click HERE.

END_OF_DOCUMENT_TOKEN_TO_BE_REPLACED 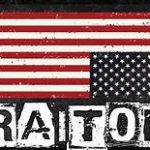 The other night I decided to start another Twitter account and without even arguing with anyone the account lasted for just 57 minutes. Suspended again with no warning. The difference is that this time I received an email which explained exactly why I was suspended.

END_OF_DOCUMENT_TOKEN_TO_BE_REPLACED

Thankfully many non-Muslims know of the threat of Islamic terrorist organizations such as Al Qaeda, Boko Haram, and ISIS. That is a good start, but it is just not enough. Because the threat of Islam goes way beyond Islamic terrorist organizations. It extends to your “nice” Muslim neighbor or store clerk, and that is why we here at North American Infidels go out of our way to expose the “mindset” of your average Mo. Something no other organization is willing to do.

END_OF_DOCUMENT_TOKEN_TO_BE_REPLACED

While I and many others are happy that the voice of North American Infidels is on the rise via Twitter, apparently some are not.

END_OF_DOCUMENT_TOKEN_TO_BE_REPLACED

In a recent Logan’s Warning article I had exposed the fact that Pamela Geller’s adversary, “Muslim Marine” (MM), was just another Muslim propagandist who is attempting to mislead the country on Islam. Part of his con is to try and paint Pamela the “bad guy” for pointing out the hatred within Islam. Implying that Islam is not what divides, Pamela is what divides.

END_OF_DOCUMENT_TOKEN_TO_BE_REPLACED

During my recent Internet travels in which I was searching for Muslim propagandists to expose,﻿ I replied to the following Tweet from the Muslim Propagandist Affairs Council. ﻿Also known as MPAC.﻿

From there MPAC dropped the “Islamophobia” bomb on me! Which is nothing more than an attempt to destroy freedom of speech in regards to the critics of Islam.

Their strategic mistake was thinking that dropping the “Islamophobia” bomb would kill the discussion. But plan backfired as they were forced to retreat because they could not even begin to refute my points on Islam, or those of our friend Lodi Silverado.﻿

Obviously MPAC’s battle plan is not equipped to deal with the critics of Islam who know Islam.﻿ On to the next victory! ﻿

END_OF_DOCUMENT_TOKEN_TO_BE_REPLACED

Even if you do not own a website, there are other ways you can help out in the war with Islam. One of them is what I like to call jihadi hunting (in a non-violent way) on the social media networks. Because Muslims are getting more and more brazen we can find online threats, and also expose their deplorable beliefs to the public.

As per Koranic verse 47:4. Beheadings.