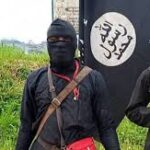 For years I have been warning my fellow American citizens to look towards the UK to see what is coming our way in regards to Islam. Why? Because Muslims there are getting more and more brazen. Two of the latest examples of this are recent convert to Islam mega-influencer Andrew “Traitor” Tate threatening critics of Islam, and this unknown Muslim convert below who I spoke to on Clubhouse last night.

END_OF_DOCUMENT_TOKEN_TO_BE_REPLACED 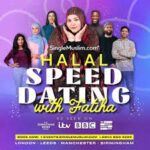 I have said it over and over. The threat of Islam is a two-tier threat. The first being the obvious threat of violent jihadists. The second and much less obvious is the non-violent threat of stealth jihad or what I call “insidious Islam”. A threat that uses the freedoms of non-Islamic countries against the country.

END_OF_DOCUMENT_TOKEN_TO_BE_REPLACED 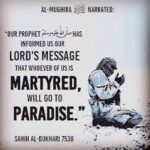 Unfortunately while there are Brits like Paul Weston, founder of the Liberty GB Party, who understand that Islam is a threat to non-Muslims, there are also British quislings like Paul Williams who treacherously join the cult of hatred and perversion. AKA Islam.

END_OF_DOCUMENT_TOKEN_TO_BE_REPLACED

While this event might seem benign to most people it is certainly part of the malignant spread of the cancer of Islam. The reason being is that it creates an illusion that “normalizes” Islam in the UK. While getting non-Muslims to respect aspects of Islamic Law.

END_OF_DOCUMENT_TOKEN_TO_BE_REPLACED 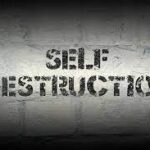 As you probably know there was recently a major spike in the violence between Israel and Palestine. Unfortunately and as usual the mainstream media doesn’t explain to the public the cause of the conflict though. Because that cause is Islam itself. Which is basically off limits to criticism in the mainstream media.

END_OF_DOCUMENT_TOKEN_TO_BE_REPLACED

When I was on The Last Stand Radio Show the other night, I had said one of the things we as non-Muslims needed to do is become more assertive and challenge Muslim propagandists head-on. We just cannot allow their articles to go unchallenged. Today we see another example of this from our mate and guest blogger, London Humanist.

END_OF_DOCUMENT_TOKEN_TO_BE_REPLACED

On the prowl on Twitter tonight looking for Muslim con artists, I came across two UK Mosques that have taken the easy way out and fled from my inconvenient truths on Islam.

END_OF_DOCUMENT_TOKEN_TO_BE_REPLACED

There is much more to Tommy backstabbing the thousands of good EDL members who for years stood with him. It was a victory for Islam and Muslims in the UK, as they are showing him off as the enemy infidel turned ally, first place prize he is. Unless someone is holding a gun to his head, which I highly doubt, he is not smart enough to see what he has become.

END_OF_DOCUMENT_TOKEN_TO_BE_REPLACED

I think it is safe to say that you have heard about Tommy Robinson’s departure from the English Defence League (EDL). But I wanted to add my thoughts to the discussion. Now I understand that some bad elements, Nazis and white supremacists infiltrated the EDL. But he should have tried to weed them out. Maybe he did try, or maybe he did not try hard enough. Either way, he could have just stepped down from the EDL command. Instead, he steps down and then stabs thousands of good EDL members in the back, by joining the Quilliam Foundation. A Muslim “think tank”. There is where my problem with Tommy begins, and this is where my support for him ends.