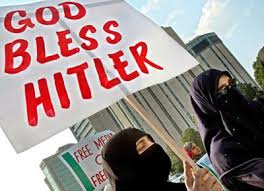 While I enjoy spreading the word on Facebook and Twitter, there is one thing I do like better about Twitter. It’s that you have the ability to easily engage the enemy. Because for the most part you do not have to be following/friends with them to read their Tweets, or respond to them.

The Balfour Declaration, the United Nations, Camp David etc… etc… Have absolutely no legitimacy whatsoever according to Islam & Muslims!

As you can see Anjem is a Jew hating slave to Allah. But that is no surprise at all, because Mohammad himself hated Jews.

Mohammad is a hero to Muslims across the world!

To make matters worse, another slave to Allah from Sudan chimed in. 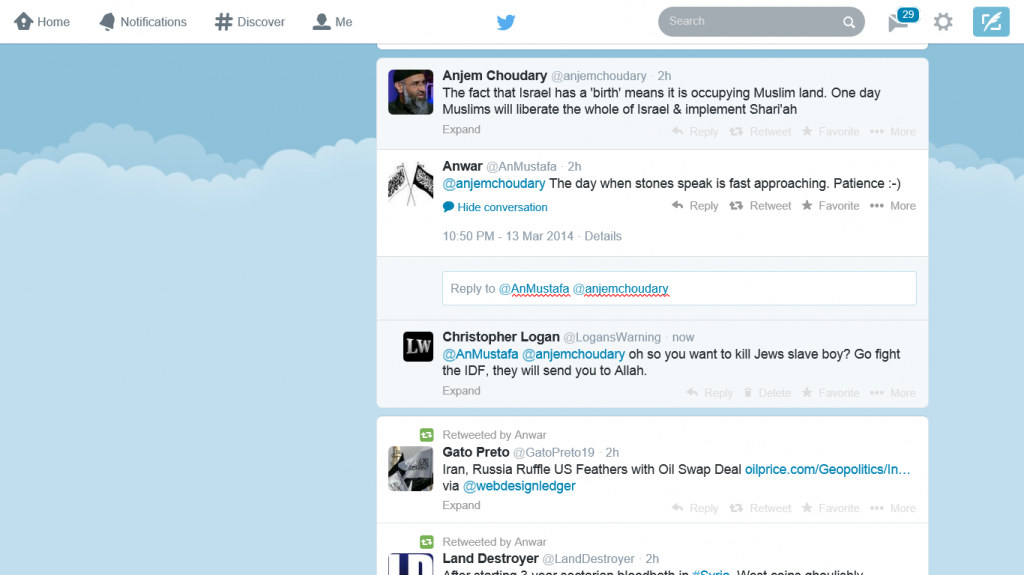 @anjemchoudary The day when stones speak is fast approaching. Patience 🙂

‘The Book Pertaining to the Turmoil and Portents of the Last Hour (Kitab Al-Fitan wa Ashrat As-Sa`ah)’ of Sahih Muslim.

There are more, but hopefully you get my point. Islam and Nazism, two Jew-hating peas in a pod.