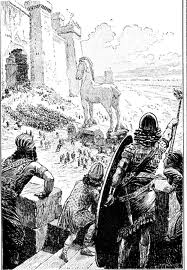 In the past I have posted numerous videos which show the harsh realities of Muslim immigration. Some examples of this were Belgium and the UK. Today we will take a look at more marauding Muslims in Australia, where they aggressively and violently take to the streets. Mark my words, if not stopped, Muslim immigration will be the death of western civilization. It is a Trojan Horse!

← Update on Ambassador Stevens’ Family and the Islamic Vultures of “Celebrate Mercy”
Tweet of the day: To Egypt’s President Morsi →

29 comments for “The “Beauty” of Muslim Immigration ~ Australia”