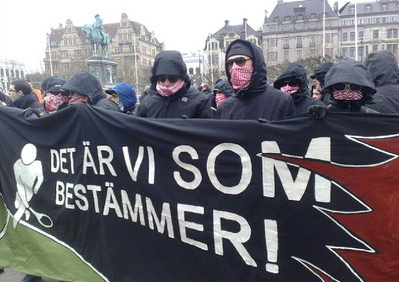 (The picture is from Malmo Sweden, and the banner says it is we who are in charge.)

Mr. Pat Condell tells it like it is in this disturbing video, that talks about the cowardice of the journalists and politicians of Sweden, and how Muslim immigration is a death sentence to Western Civilization. I wish the best to Sweden, but things are not looking good there. Major cities like Malmo are under assault by Islam. This problem is not unique to Sweden though, it is happening to non-Islamic countries across the West. These are countries that are slowly being devoured by Islam. Mark my words, if non-Islamic countries do not end Muslim immigration, it is just a matter of time until Islam dominates the West. Weak politicians combined with Islam, will be our death.

25 comments for “The Islamic Theft of Sweden~ Video”