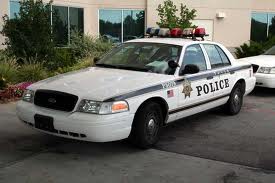 TULSA, Okla. (AP) — A Tulsa police captain who wouldn’t make his officers attend a Law Enforcement Appreciation Day at a local mosque because it violated his religious beliefs has been suspended without pay for two weeks.

According to a personnel order, Capt. Paul Fields was suspended for violating the department’s rules on being obedient and on conduct unbecoming of an officer.

The appreciation day was held March 4 at the mosque of the Islamic Society of Tulsa as a way of thanking officers for their response to a threat against the organization.

In February, Deputy Chief Daryl Webster told Fields that the event was voluntary, but officers could be assigned to it if there weren’t enough volunteers.

Fields’ Scott Wood has filed a grievance over the suspension and a lawsuit is pending.

64 comments for “Oklahoma Police Capt Suspended for not Ordering his men to Attend Mosque!”