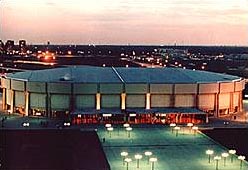 The other day when I posted the “Logan’s Warning Exclusive ~ the Pakistan Post ~ in on the Free Market Jihad ~ Photo Essay”, I knew some people would be like “this is no big deal”. Well it is a big deal as it is another inroad for Islam to seep into America, and the information that was in the paper turned out to be a very big deal! One of the most potent weapons that Muslims have is the IslamoCON, and the information obtained from the Pakistan Post shows us what might just be the mother of all IslamoCONs! 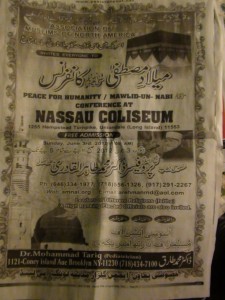 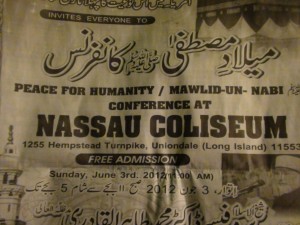 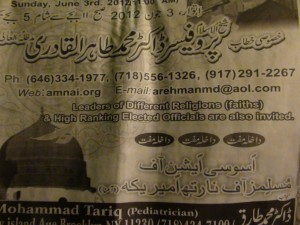 The recently formed Association of Muslims of North America (AMNA), has rented out the entire Nassau Coliseum on Sunday June 3rd at 11:00 AM, for the MEGA IslamoCON event, the “Peace for Humanity Conference”. For those who do not know, the Nassau Coliseum is the home of the National Hockey League’s NY Islanders. It is also a concert venue, which has a seating capacity of over 18,000! To make matters worse it is a free admission event!

Let’s take a look at the AMNA:

The organization was officially launched on February 5th, 2012. Republican Congressman Michael Grimm of NY’s 13Th District (Staten Island), was on hand to help with the ceremony. The Congressman is a former FBI agent and US Marine. Grimm have you done any actual research on Islam? Apparently just about any Muslim can walk into the office of just about any US politician, profess “they come in peace”, and the politician falls into an IslamoSPELL.

(Click on image to enlarge) Grimm is the ignorant smiley one in the center. 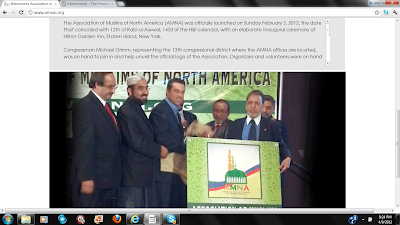 Grimm can be reached HERE. 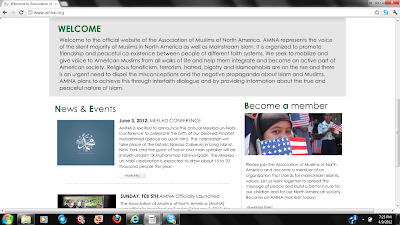 The “true and peaceful” nature of Islam is to dominate non-Muslims.

The “true and peaceful” nature of Islam also allows Muslims to take non-Muslims as sex slaves if desired. Prophet Pervert himself even took part in this hideous behavior.

Muslims also believe they know what is best for humanity.

That is “peace for humanity” under Islam.

On the bottom of the the AMNA website, it says “Organized to promote friendship and peaceful co-existence of people of different beliefs systems by enhancing religious awareness, mutual respect, and true acceptance of each other”.

In other words, bow to Islam.

To pile on the misinformation campaign, this will be a dual event. Muslims will also be celebrating the birth of Mohammad, and are expecting over 15K to show! 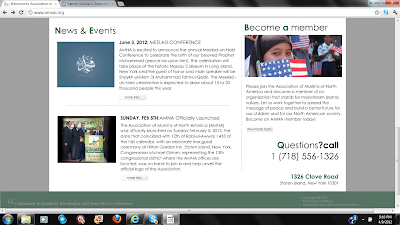 Of course they will make him out to be the second coming of Christ, when in fact he was an enemy to Christians and Jews.

The guest speaker is Pakistani born Islamic scholar Dr. Tahir ul-Qadri. Who two years ago wrote a 600 page “Islam is peace” fatwa. A fatwa, which I kindly dismantled. 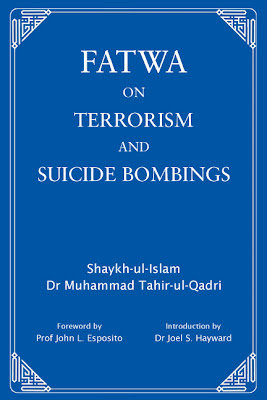 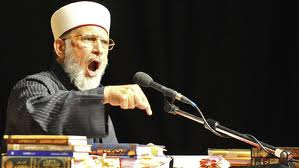 This free interfaith conference is extremely dangerous because naive and trusting non-Muslims will walk away from it believing that Muslims are just like everyone else here, and Islam is no threat at all. Muslims have clearly stepped up their game, and we need to as well. To those speaking out against Islam….PUMP UP THE VOLUME!

Please mention this site. Thanks!

Please help the Logan’s Warning team continue to produce vital information like this. Information that the mainstream media will not touch. You may do so by making a donation today, via Paypal. Or by making out a check or money order to “Christopher Logan”, and mailing it to P.O. Box 313336 Jamaica, NY 11431.