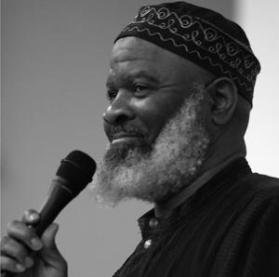 As most of you know there has been a major battle going on over the proposed Ground Zero Mosque, which was supposed to be moved and upgraded to an imposing mega-Mosque. During this battle many non-Muslims have sided against America by supporting Islam. They blindly support the Mosque in the name of tolerance, and implied the Mosque…err….”community center” was no threat at all. But today reality comes into play!

In this Logan’s Warning exclusive we will see hatred the Ground Zero Mosque is promoting! Going through some Islamic literature obtained from the Mosque located at Park 51, we learn they are promoting Brooklyn NY’s Islamic preacher of hate, Imam Siraj Wahhaj (Jeffrey Kearse). 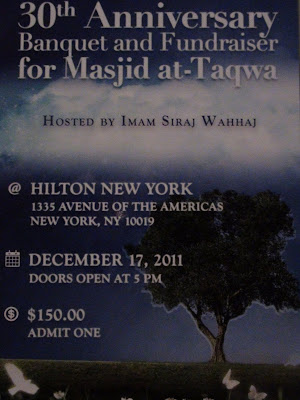 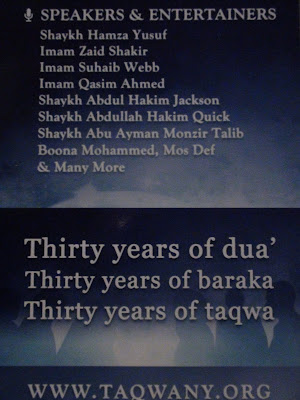 The Imam is an unindicted co-conspirator in the 1993 WTC bombing, and Wahhaj does not hide his hatred of non-Muslims.

He also does not hide his goal of an Islamic ruled America.

“If we were united and strong, we’d elect our own emir [leader] and give allegiance to him. . . . [T]ake my word, if 6-8 million Muslims unite in America, the country will come to us.”

Besides standing for Islamic supremacy, the Brooklyn Imam will not condemn the Hamas Islamic terrorist organization.(Watch and see how squirms out of answering a simple question.) An organization that is sworn to the destruction of Israel.

From the Hamas Charter:

The hate-filled Wahhaj is also known for Islamic encroachment, as his Mosque (Masjid At-Taqwa) rudely broadcasts the call to prayer onto the streets of Brooklyn.

Shortly after I recorded and posted that video on YouTube, one of the longtime Mosque members Karim Ali, who is a martial arts expert, and head of security for the Mosque, left numerous comments on my YouTube page. Besides being a blatant racist, he was far from friendly.

Ayah means, `If you had killed during the Sacred Month, they (disbelievers of Quraysh) have hindered you from the path of Allah and disbelieved in it. They also prevented you from entering the Sacred Mosque, and expelled you from it, while﻿ you are its people,(…a greater (transgression) with Allah) than killing whom you killed among them. Also:(…and Al-Fitnah is worse than killing.) means, trying to force the Muslims to revert from their religion and re-embrace Kufr

To me there is no beside the point when you’re arguing with detractors,there’re many points in Islam when they try﻿ to find fault with Islam to expose their fallacies! The Qur’an states they seek to enjoin Righteousness on others but they fail to practice it themselves!The arguments are coming from detractors and I intend Insha’Allah to reverse these distorted lies about Islam,I’m not apologetic for my Belief,the truth of Islam will reign Supreme!

You can read all what you consider racial contents,Islam still remain the fastest growing Religion among African-Americans,Black Africans and Whites,so read on!We’re not﻿ concern with your distortions,time and Allah will determine who the Liar and who will be debased!

You have no idea﻿ what Shari’a Law is, the truth can not be denied nor condemn!

May you drown in your own hatred!﻿

Evidently your not reading these hate fill comments, I’m part of the Mosque and we’ve been there since !981 and been calling the prayer, the same way the Churches uses their bell. We met with White people in﻿ the neighborhood who just started moving back in the late 2000! They are the only one complaining and when I go to Atlas Shrugged spurring racist and religious bigoted remarks,I stand by my words!

It is beyond clear that Imam Wahhaj and his Mosque are no friends of America. In fact they are the enemy within! They are the perfect example of how Islam destroys nations from within.

Maybe someone at the Ground Zero Mosque would like to explain the relationship they have with the Imam? They can be reached HERE. Please mention this site.

Recently my anti-Sharia sister Pamela Geller reported that Wahhaj had spoken at a Council on American Islamic Relations (CAIR) banquet, at a Hilton Hotel located in Anaheim California. Now we learn from the brochure above, that a NY Hilton is fueling the hatred that stems from Islam by allowing Imam Wahhaj to speak there on December 17Th. The Hilton needs a good dose of “Logan Love”. I urge all readers to politely contact them, and voice your displeasure with their decision to host this event. The number is 1-212-586-7000, and the hotel’s website can be viewed HERE. Please mention this site when you contact them. The fight is on, and your family is counting on you. It’s time to do your part!

Please support the Logan’s Warning team, so we can continue to do the journalistic work the mainstream media will not. $10 – $20 is not going to kill you, but a knife in my back at one of these events might kill me. (Lets hope that doesn’t happen) A donation can be made today on the site via PayPal. Or a check or money order made out to “Christopher Logan” can be mailed to: