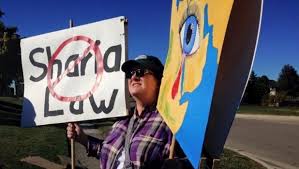 There are two sides in a war, and in a war both sides have information teams that are used in an attempt to win over the public. When it comes to Muslims though, they use misinformation teams. Whether it be Islamic organizations such as the Council on American Islamic Relations (CAIR), individual Mosques, or even lone Muslims such as the UK’s Mo Ansar.  All will say whatever it takes in order to sway public opinion in favor of Islam.

A recent example of this can be seen in the video below as members of the Noor Islamic Cultural Center hit the streets in order to ….errr….I mean prey on and lure in a lone anti-Islam protester.

As usual, I will do the job the MSM does not have the courage to do. Which is expose the Islamocon that takes place in the two videos.

2. After using the intimidating tactic of basically surrounding the lone protester (Annie), at the :50 second mark a Muslima propagandist gets Annie to lower her guard by offering her coffee and bagels.

3. At the 1:00 mark the Muslima gets the protester to completely surrender by showing her some fake affection.

1. At the :24 second mark he challenges her on her knowledge of the Koran. Asking her where it mentions the beheading of unbelievers.

So when you encounter [in battle] those who disbelieve, then [attack them with] a striking of the necks (fa-darba’l-riqābi is a verbal noun in place of the [full] verbal construction, that is to say, fa’dribū riqābahum, ‘then strike their necks’), in other words, slay them — reference is made to the ‘striking of the necks’ because the predominant cause of being slayed is to be struck in the neck……..

2. At the :50 second mark the Muslim Jospeh Goebbels implies that he is heartbroken by the rapes and persecution of Christians. Yet the Koran calls for the taking of sex slaves, and to those with morals that is rape.

The Muslim war manual also calls for the persecution of Christians.

For a man who claims to have read the Koran almost a dozen times, he sure has “missed” a lot it.

Of course the Islamic center celebrates misleading the public as a victory for Allah. 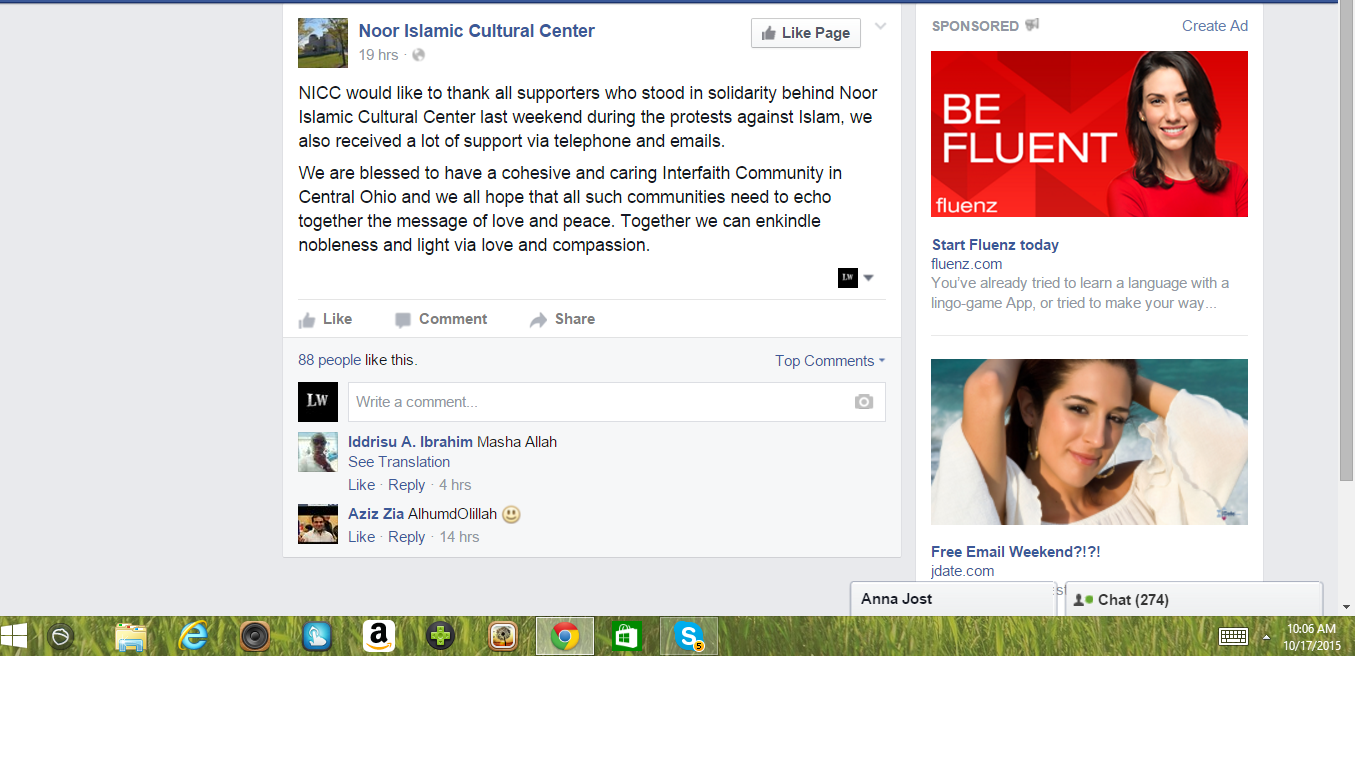 That should come as no surprise though.

And, remember, O Muhammad (s), when the disbelievers — who had gathered to discuss your affair at the council assembly — were plotting against you, to confine you, to chain you up and imprison you, or slay you — all of them [acting as] assassins of one man — or to expel you, from Mecca, and they were plotting, against you, and God was plotting, against them, by devising a way [out] for you, when He revealed to you what they had devised and commanded you to leave [Mecca]; and God is the best of those who plot, the most knowledgeable among them about it.

noun
1.
a secret plan or scheme to accomplish some purpose, especially a hostile, unlawful, or evil purpose:

Lying, sex slavery, beheadings, and the persecution of Christianity. Islam is as evil as it gets. Straight from the pits of hell.

As usual, I will send this to the Islamic Center. Let’s see if they dare to respond.

← Outrage in Katy Texas Public School! Whitewashing of Islam Being Taught! Part 1
Someone is not Happy…. →