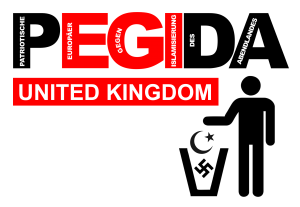 So it is refreshing to see that our mate and leader of Pegida UK,Tommy Robinson, has come out and also warned the public to the harsh reality of this issue.

As I have been saying, Muslims are not going to save us from Islamic rule. Only we can. (That is not a call to violence.)