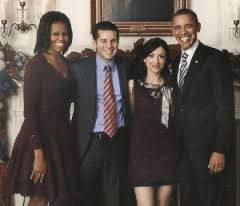 Those who follow the subject of Islam most likely know about Obama’s recent White House meeting with over dozen Muslim leaders. A meeting which included Muslim Brotherhood front groups such as The Council on American Islamic Relations (CAIR), and Islamic Society of North America (ISNA).

Besides the well-known organizations there was another treacherous Muslim at the event, CONmeidan Dean Obeidallah. A Muslim propagandist who uses comedy in order to prey on naïve and trusting non-Muslims, as he attempts to whitewash the threat of Islam. He is also an old “friend” of mine. (Picture may not be from his most recent visit with Obama.)

Recently I crossed paths with him on Twitter again, and he was his usual arrogant self. But so irritated that he could not stop himself from responding even though I was further exposing his true ugly colors. As you will see Dean who brags about “irritating” conservatives thought he could get the best of me.

But I can tell you what I said. First, as a comedian—in addition to being a writer who irritates many conservatives on a daily basis—I sincerely commended the president for his comedy chops at past White House Correspondent Dinners. (Daily Beast)

Dean tries to goad me into violence #fail 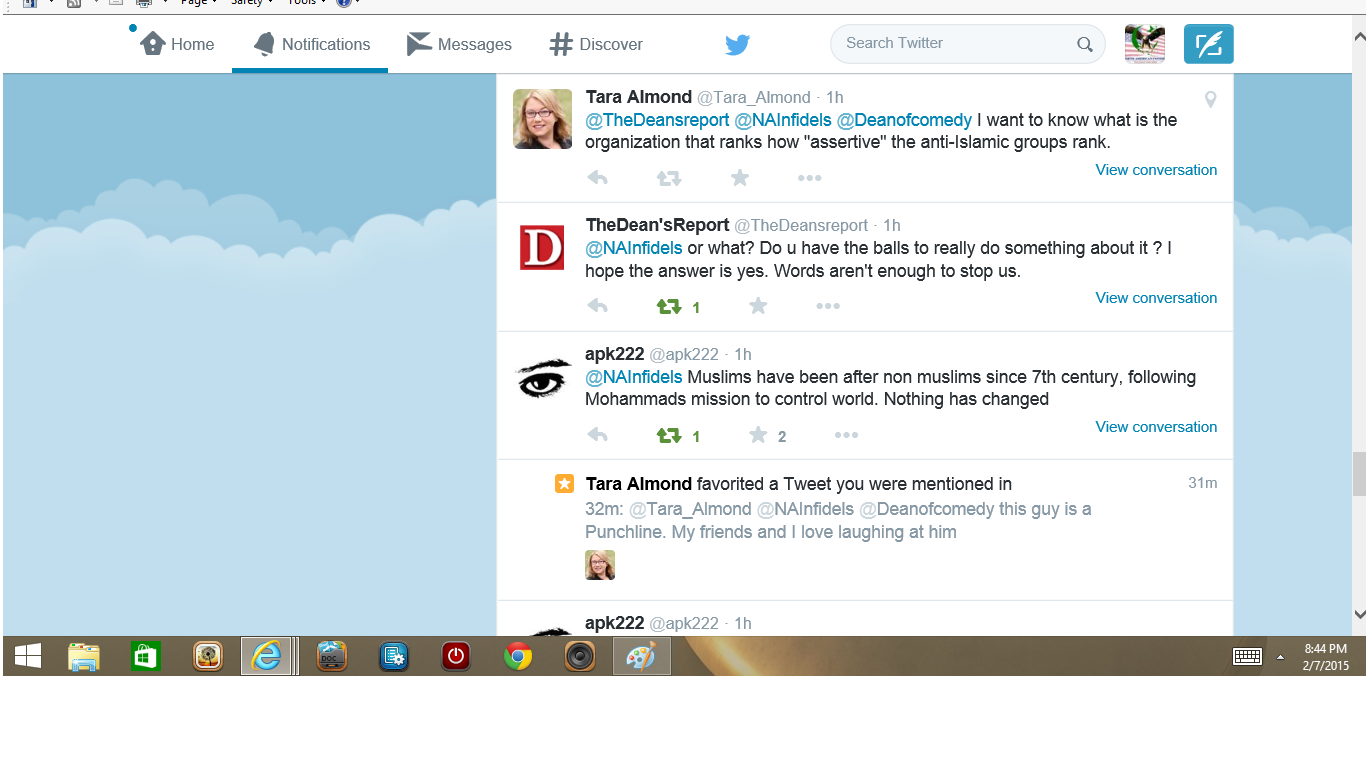 Just as in the past, I turned the tables on the wanna-be funny man.

Dean slimes his way onto the Muslim Wall of Shame

In the next series of pictures you will see that Dean pulls the common Muslim tactic of attacking the messenger, because he cannot even begin to refute the message. 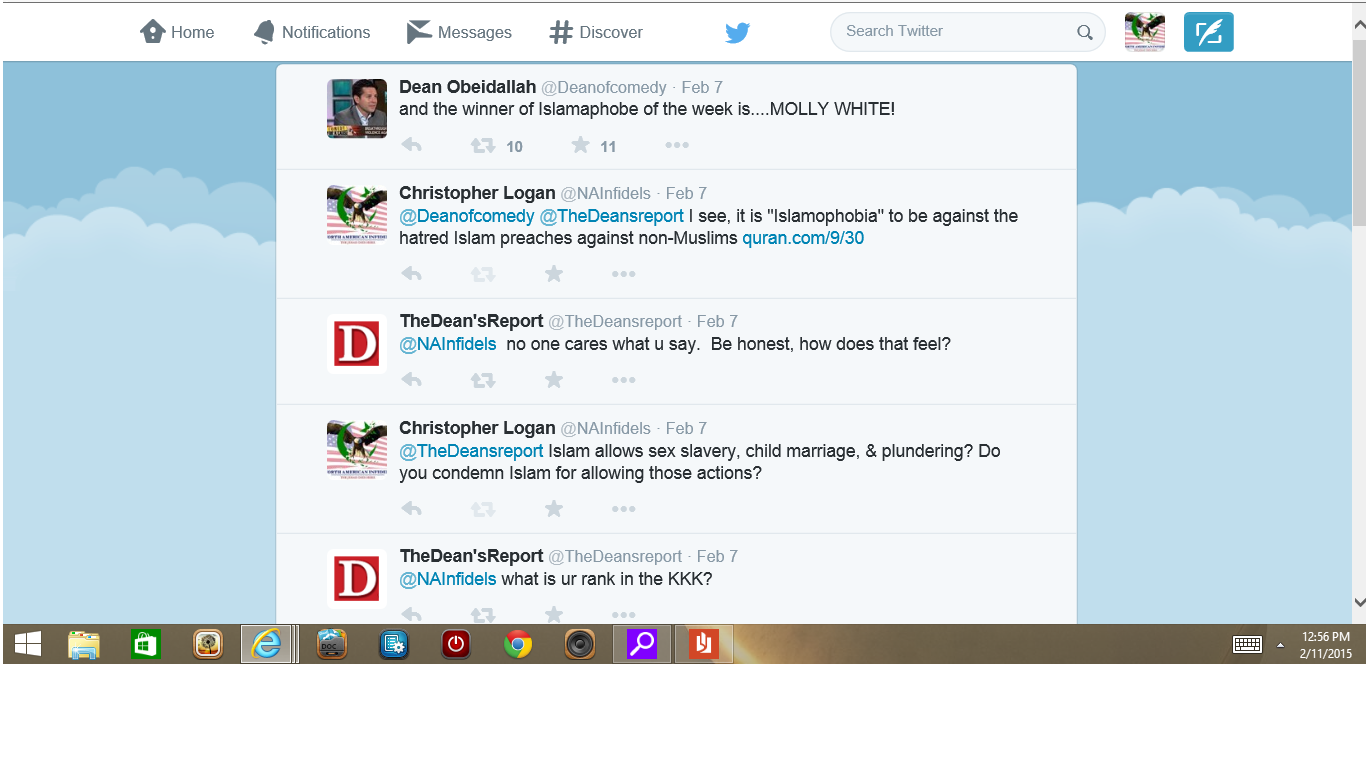 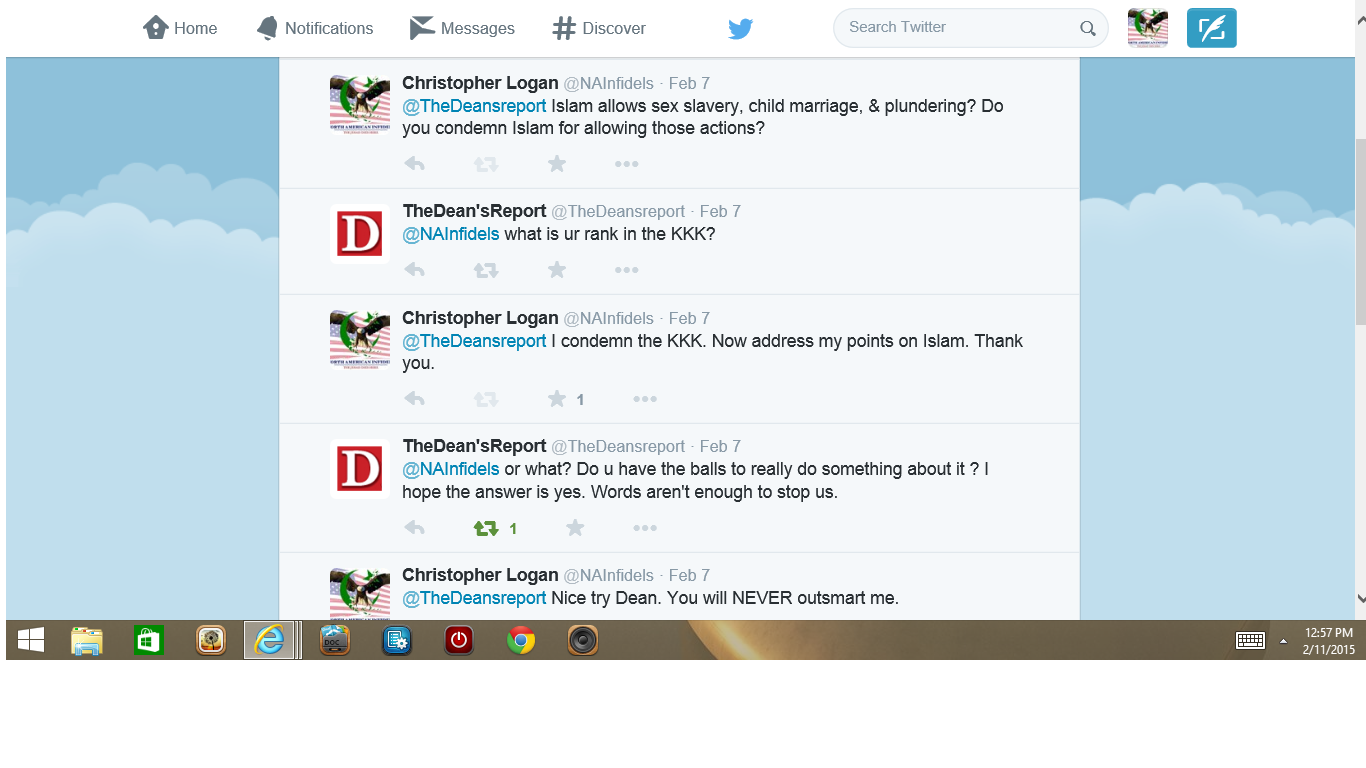 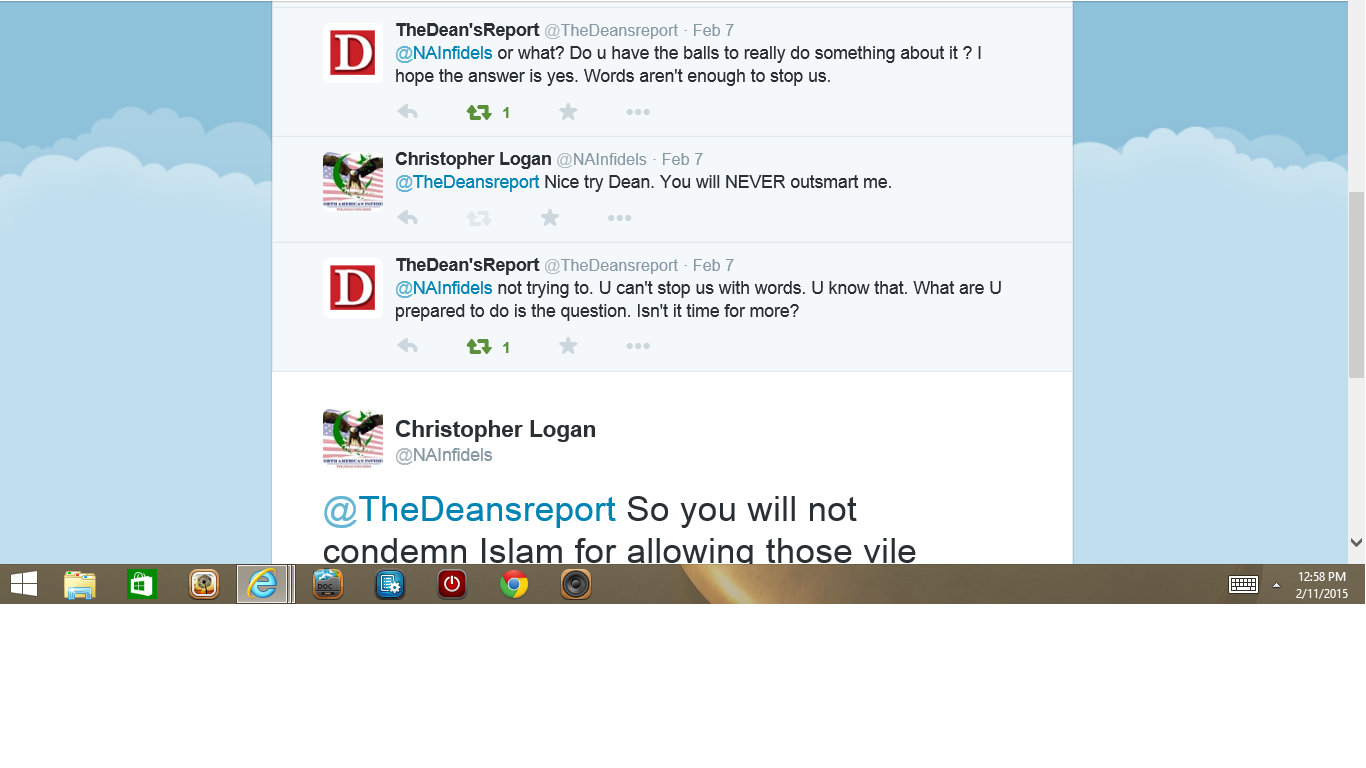 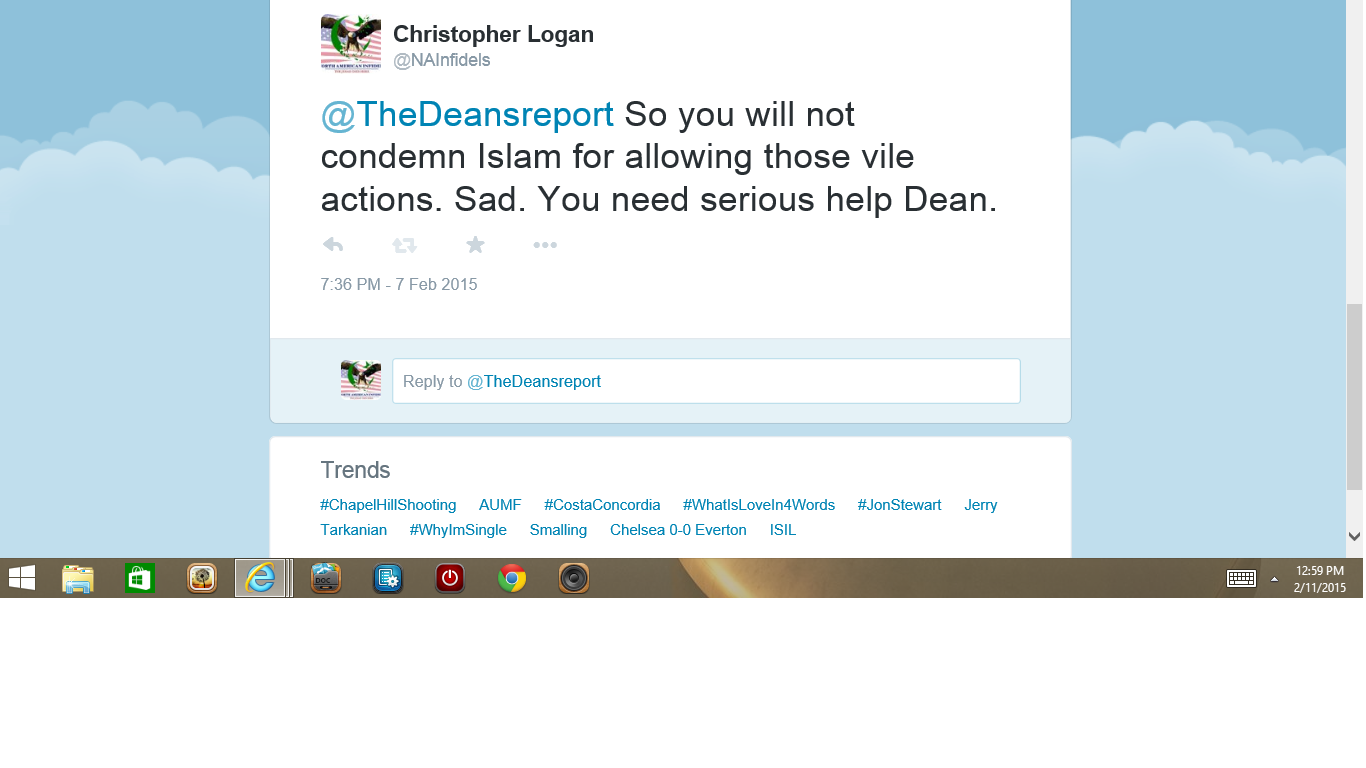 Dean never did condemn those actions, which makes him as deplorable as those actions are. But he did say that words cannot stop Islam, which shows us that he wants Islam to rule America. Something his comedian colleagues should be made aware of. 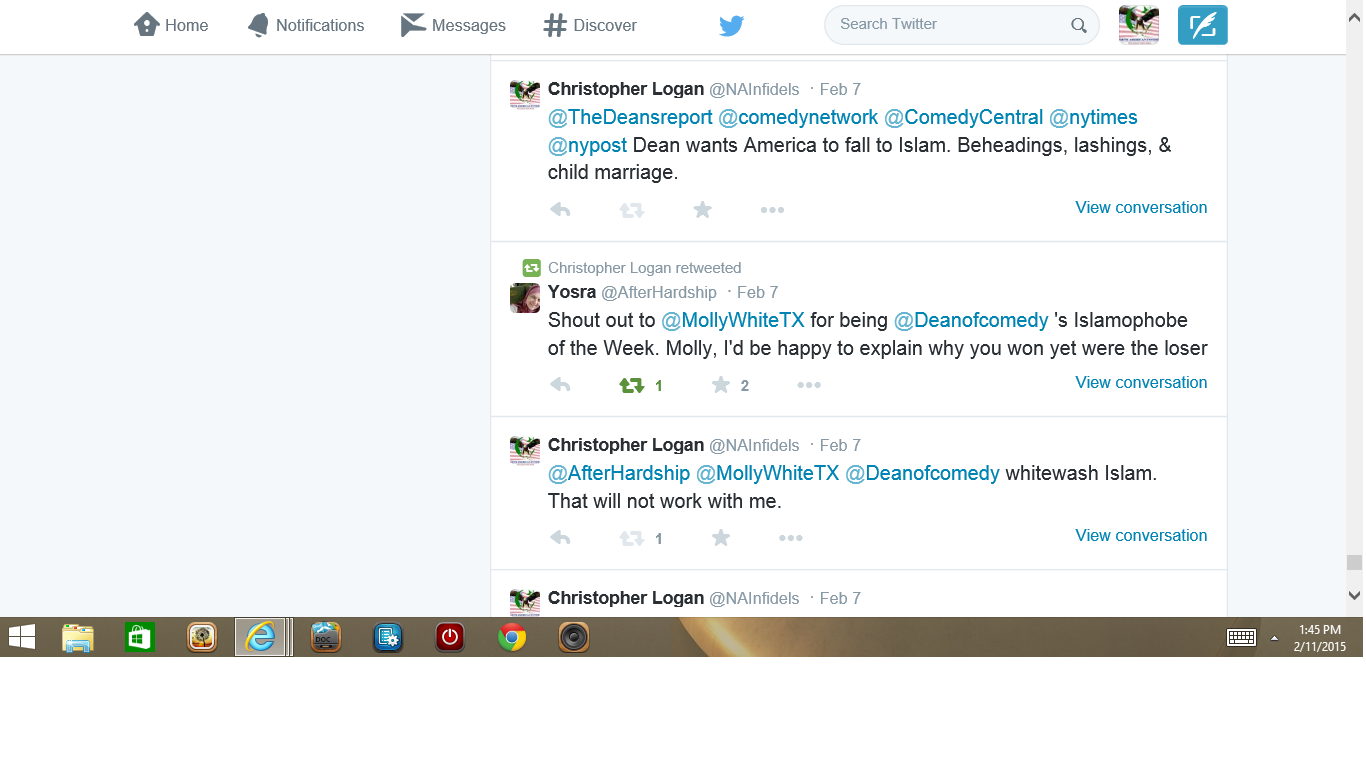 Him wanting Islamic rule also shows us that he has no concern for the wellbeing of homosexuals either.

And when two of you (read wa’lladhāni or wa’lladhānni) men, commit it, that is, a lewd act, adultery or homosexual intercourse, punish them both, with insults and beatings with sandals; but if they repent, of this [lewd act], and make amends, through [good] action, then leave them be, and do not harm them. God ever turns [relenting], to those who repent, and is Merciful, to them. This [verse] is abrogated by the prescribed punishment if adultery is meant [by the lewd act], and similarly if homosexual intercourse is meant, according to al-Shāfi‘ī; but according to him, the person who is the object of the [penetrative] act is not stoned, even if he be married; rather, he is flogged and banished. Judging by the dual person pronoun, it seems more obvious that homosexual fornication is meant [by this verse], even though the former [sc. al-Shāfi‘ī] was of the opinion that it referred to an adulterer and an adulteress; but this [opinion of his] may be countered by the fact that [the reference to] the two [men] becomes clear on account of the particle min being attached to a masculine pronoun [minkum, ‘of you’], and by the fact that they suffer the same punishment, [both effect the action of] repentance and [are both granted] that they be left alone [thereafter], [all of] which applies specifically to men, given that for women detention is stipulated, as was stated before.

So this was sent out. 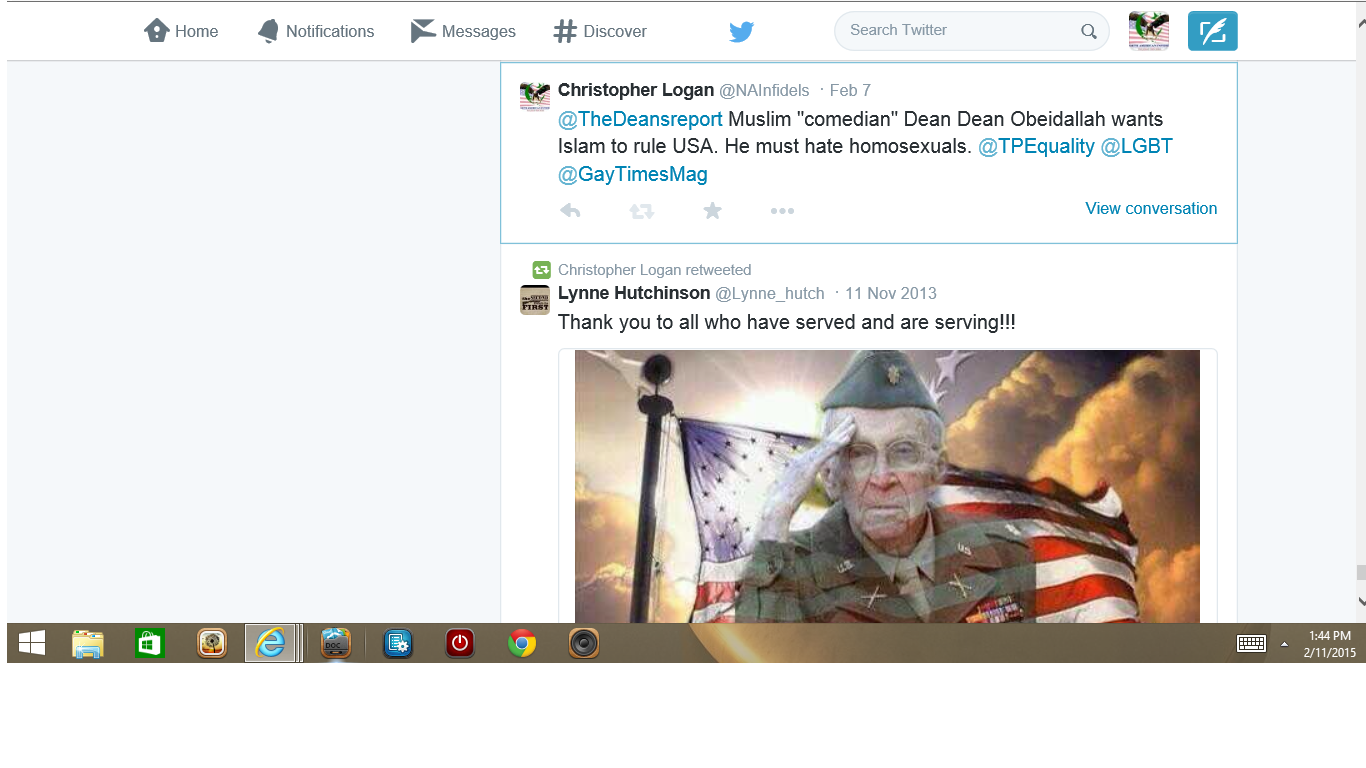 Finally, media outlets needed to be made aware of the true Dean Obeidallah. 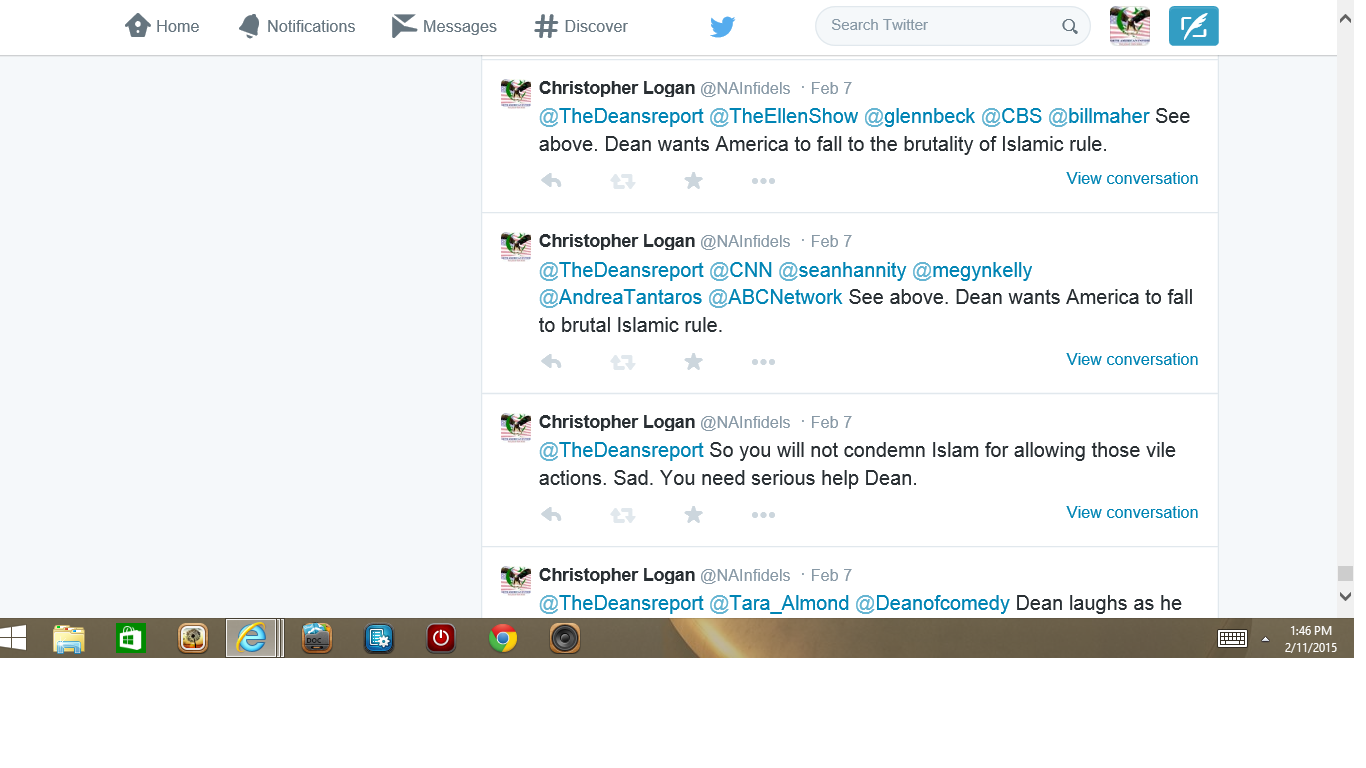 At that point Dean had wised up and decided to throw in the towel. 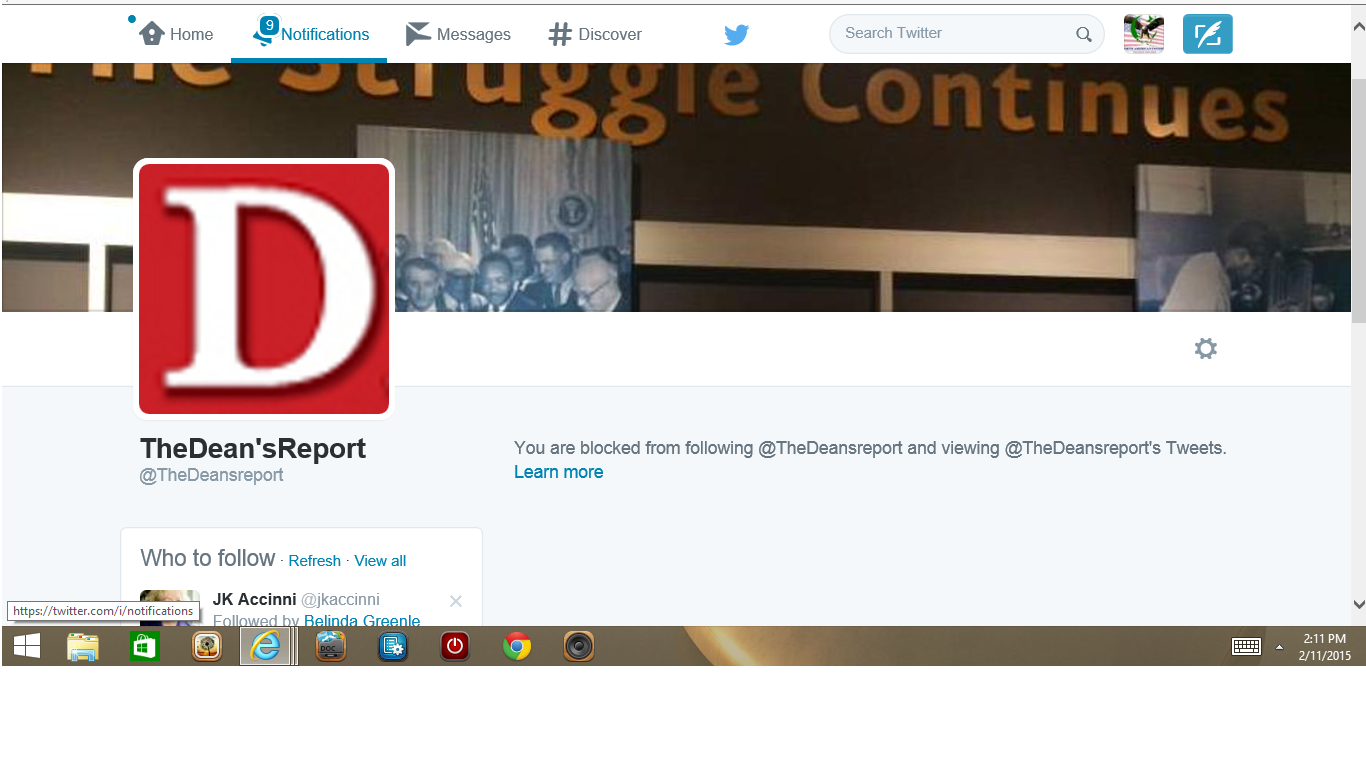 Oh….except for this one final Tweet he sent out the next day…. 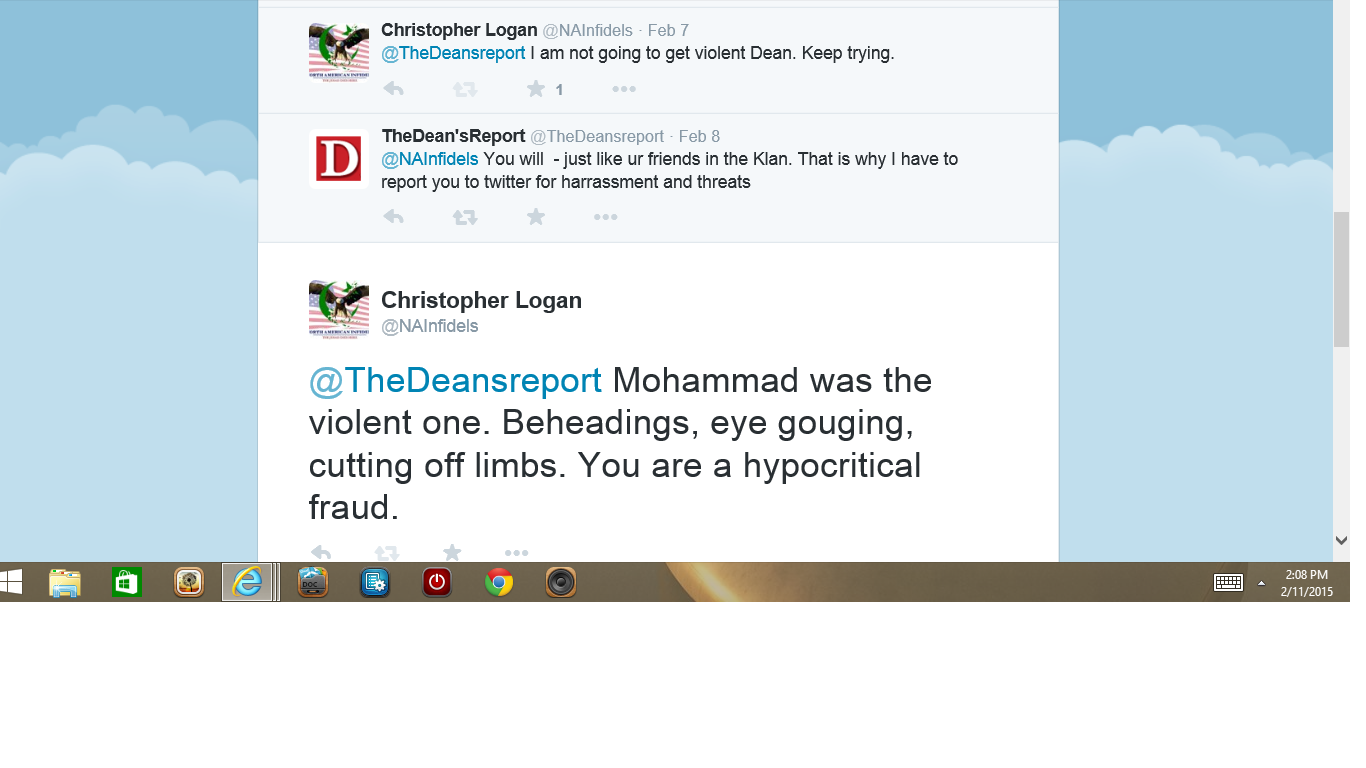 Now that is the first funny thing you said Dean! Because there were no threats.

Dean and Obama, two Islamic propagandists who were easily exposed by Logan’s Warning. Once again, you lose Dean!