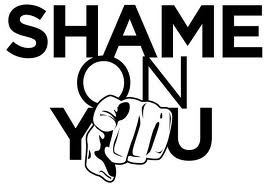 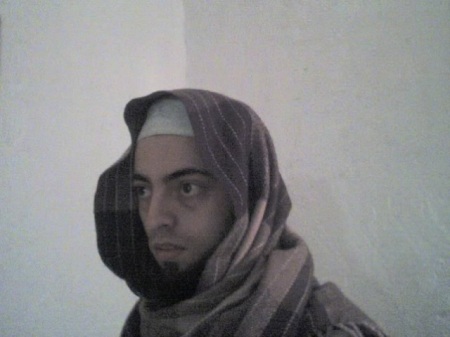 The last time I heard from him, was right after I filmed a “Save India From Islam” rally that took place in NYC. He had sent me this lovely letter.

By Allah, we are destined to rule India and there is nothing you can do about it. We have now made the Govt of India to enforce Islamic Law. We split India once and formed Pakistan, now we want all of it and no one will stop us.

The Govt of India has also received our instructions: http://pdfcast.org/pdf/the-global-islamic-civilization-power-of-a-nation-revived/

After he said hello, I challenged him to a debate on Islam, but he took off on his flying carpet and was never to be heard from again. 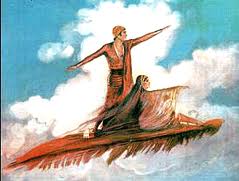 Firstly let me begin with the Islamic Greeting of As’salaamu Alaikum Wa’Rahmatullahi Wa’Barakatu (May Peace, God’s Mercy and Blessings be upon you)

A nod of thanks to Geller and Spencer for finally starting to see the beauty of the Islamic State of America’s Constitution which protects Religious Liberty and I say this with regards to their reaction to the sad news of Angola’s attempt of becoming a forced Islamophobic country.

Islam is a major part of the West, like the heart is to the Body. Without Islam the West would suffer a heart attack and die and that is not what we want.

This is a brief introduction to Islam, by the United Muslim Nations International.

A’uthu billahi mina Shaytaan Nir’Rageem Bismillahir Rahmaan Nir’Raheem (I seek Refuge in Allah from Satan the rejected one; In the Name of Allah, the Most Gracious the Most Merciful)

Firstly I would like to begin with the Islamic greeting of As’salaamu Alaikum Wa’Rahmatullahi Wa’Barakatu (May Peace, God’s Mercy and Blessings be upon you)

Islam, means, submission to the will of God; who’s Divine Name is Allah… in Arabic

Who is Allah? He tells us about Himself in the holy Quran in Surah al Ikhlas (the chapter… called sincerity; sincerity in the belief in One God) which is as follows:

3. He begets not! (Allah has no offspring) nor was begotten (Allah was not born, has no beginning nor an end).

4. And say (unto mankind) that there is Nothing! comparable unto Him.

This is True Monotheism, the belief in One God, who is singular and has no equal, it is the exact same belief… as preached by all the prophets and messengers of Allah, from the time of Adam right up to Noah and Abraham, and Moses and Jesus and Mohammed peace be upon them all. All prophets and messengers prayed unto God Alone and declared His Message, calling to True Monotheism.

Idolism is totally forbidden in Islam, Praise and Worship is to God Alone and done directly. Nothing of the creation can be compared to Allah, the Almighty, the Creator, further to this, God does not pray! but is prayed unto, through Glorifying Him with Praise and Worship of His Majesty and Greatness. There is NO! other God! Besides Allah, the One, The Lord of all that exists.

The Opening Chapter of the Holy Quran is Surah Fatiah which means the opening, this chapter is also known as Ummul Quran, the Mother of the Quran, this chapter is a Powerful Prayer in which God is Glorified and asked for Guidance which is as follows:

1. In the name of Allah, the Most Gracious, the Most Merciful

2. (In a state of awe and majesty do we say): All Praise be to Allah, Lord of all that exists,

3. The Most Gracious, the Most Merciful.

5. Thee (alone) we worship; Thee alone we ask for help.

6. Show us the straight path,

A Muslim is a devout believer in the Religion of Islam who upholds all the laws of Allah (known as the Shariah “Divine Decree”, To be a follower of Islam is to believe with firm faith in Allah, in His Angels, in His Revelations, in His Messengers and in the Raising of the dead on Judgment Day which is to commence the Hereafter also known as the Afterlife which is eternal. The word Muslim is a title given to those who submit or surrender in totality to God’s will.

To become a Muslim you have to declare the Covenant or Testimony of Faith known as the Shahada; the Shahada should be said from the heart, with firm faith and acceptance which is as follows:

Ash’Hadu an la illaha ill Allah, Wa Ash’Hadu ana Mohammedan Abduhu Wa’rasulu (I Testify that there is No other God besides Allah and I testify that the prophet Mohammed is the devout Slave and Final Messenger of Allah)

This declaration enters you into the fold of Islam, the worlds fastest growing and only true religion. Once you have stated the Declaration of Faith with sincerity, all your sins are forgiven and hereafter you are then responsible for all your actions as you begin your life as a devout Muslim, you are to obey the rules and laws of

Islam known as the Shariah (or Divine Decree) which deals with every aspect of human life from how to pray, to conduct yourself amongst people with righteousness, dignity and respect amongst others; and of the greatest duties you have as a Muslim is the duty of Amil bil Ma’ruf Wa Nahy Anil Munkar (Enjoining of Good and Forbidding of Evil)

There are Five Pillars of Islam which is to have Imaan (to Believe in Allah) to perform the Five daily Sallah (Five Compulsory Prayers) to Give Zakaat (Charity), to Fast in the Month of Ramathaan, and to perform Hajj (Pilgrimage) in Makka.

Islam is not based on color but on character, sublime character and good conduct that is.

Man’s rank and standing before God is measured in ones piety through obedience to God’s will and nothing else.

I hereby invite you to reject all forms of idolism and become a Muslim today and follow the true faith.

If you have accepted Islam, I would like to welcome you to our unrivalled, universal brotherhood and sisterhood. You are to study all the practices of Islam and live this temporary life as a journey towards Allah, Our Guardian Lord. May The Almighty Allah accept all the good that you do, guide, protect and keep you safe at all times Ameen

I would like to end off with a few verses from the Holy Quran.

In Chapter 5 verse 3 of the Holy Quran the Almighty Allah says “This day have I perfected your religion for you and completed My favour unto you, and have chosen for you as religion AL- ISLAM.”

In Chapter 42 verse 13 of the Holy Quran the Almighty Allah says “He has ordained for you that religion which He commended unto Noah, and that which We inspire in thee (Muhammad), and that which We commended unto Abraham and Moses and Jesus, saying: Establish the religion, and be not divided therein. Dreadful for the idolaters is that unto which you call them. Allah chooses for Himself whomever He wills, and guides unto Himself, he who turns (towards Him).

← Robert Spencer & Pamela Geller: Do NOT ban Islam ~ We can Coexist!
UK Politician Calls for Islam to be Banned to Save Europe! →

16 comments for “Muslim Org Writes Me to Congratulate Spencer and Geller for Recognizing Islam in America!!”