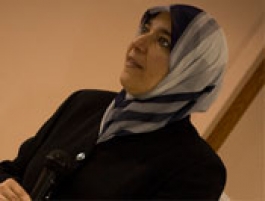 In the closing session of the 2010 Reviving the Islamic Spirit (RIS) conference, slave to Allah, and Islamic Law expert Dr. Zainab Alwani clearly shows us where her loyalty lies. Her being a doctor, does not mean she stands for our way of life over Sharia.

(Even though the following video is from 2010, it was recently posted on an Islamic YouTube page. That is why I am posting it now.)

Yes Dr., make your so called prophet proud. Here is what he thinks of you.