Hello friends! Apparently the word is getting out about the nation’s most assertive anti-Islamic organization. Because we have recently hit a huge milestone on Facebook! The 10K mark! 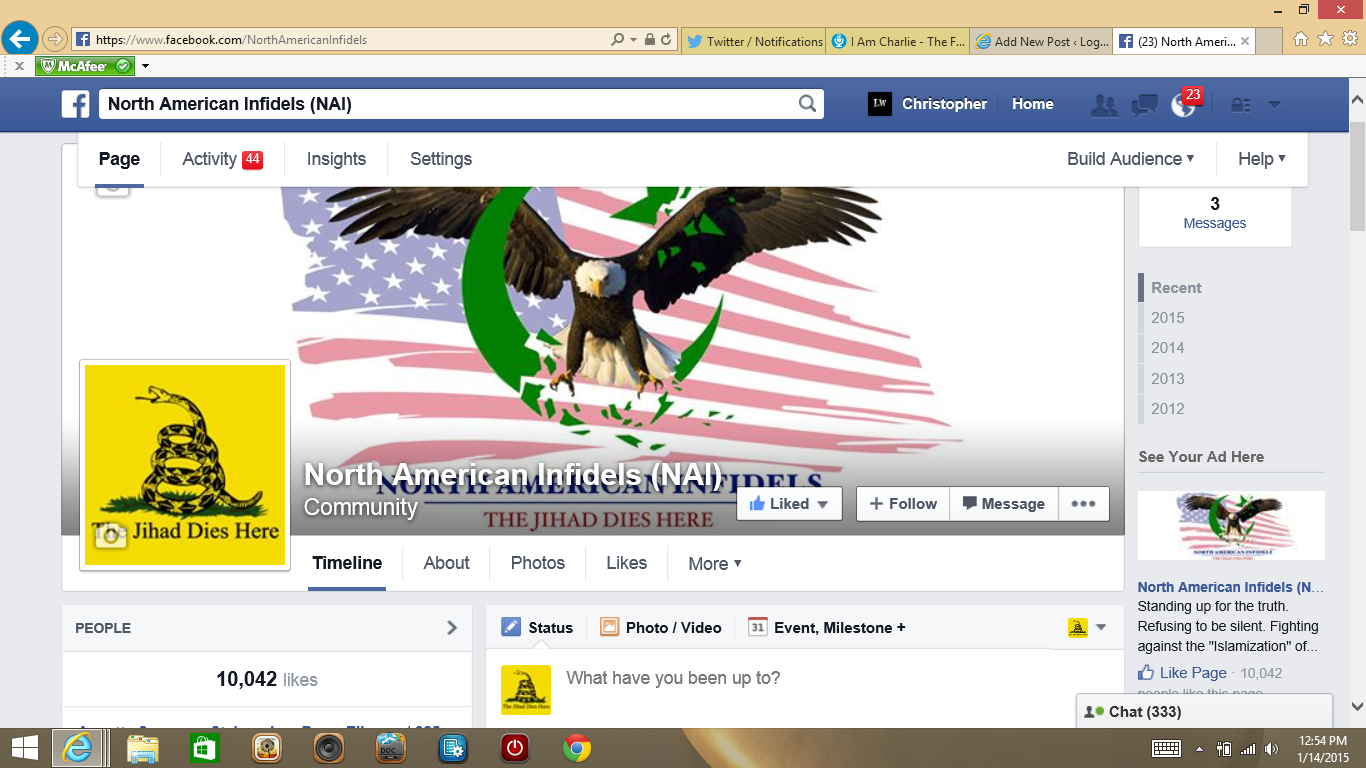 Which is quite an accomplishment considering we have not any TV appearances yet.

How are we the nations most assertive anti-Islamic organization?
1. We take on the media on a regular basis, exposing their consistent whitewashings of Islam.

2. Unlike much of the media we do not mislead the public into believing the fictional “Islamism” is the enemy. We actually name Islam itself as the enemy ideology it is. We do so because the Koran is the book of Islam, not “Islamism, and the Koran is the problem.

3. We take on the endlessly funded Muslim misinformation machine. Exposing the misconceptions about Islam they feed the public. Giving the public the tools that are necessary in order to win this war.

4. We make it our business to do what no other organization does. Expose the mindset of your everyday Muslim. Showing that they will not condemn any Koranic verse, or deplorable actions of Mohammad. Which makes them all part of the problem.

5. Finally, and what might be most important, we do not $ell the public the fantasy that “moderate” Muslims are going to save the West from Islamic rule. While it sounds nice, it is nothing more than a feel good fantasy that actually empowers Islam. Instead we supply the tough answers that are actually needed to win this war.

A. America needs to become energy independent and stop feeding the Islamic beast of Saudi Arabia. Who then turns around and funds houses of hate, AKA Mosques, across America. In other words, we are paying for our own demise.
B. America needs to end all Muslim immigration, or it is just a matter of time until we lose this war. Because they will never stop pushing.
C. America needs to take a truthful analysis of Islam, and see that it is more of a hostile political ideology than a religion. Therefore demoting it from its protective shield of religion status. Which is making it basically untouchable for now.

We are very proud of our 10K mark, but we are not done there! This year we will be stepping it up in a big way. With many more radio appearances, interfaith brochures that expose the threat Islam actually is to all non-Muslims, a stand alone North American Infidel website, and much more!

So please join what will be the winning team in the war with Islam. You can do so by clicking HERE!

A special shout out to the administrators of the page.

Dawn, Dan, Jack, and Michael. All of your hard work is greatly appreciated!