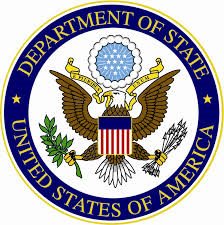 In order to win the war with Islam, it is a must that we win the information war. But doing so might attract the attention of the enemy, and apparently Logan’s Warning has acquired another “fan“. 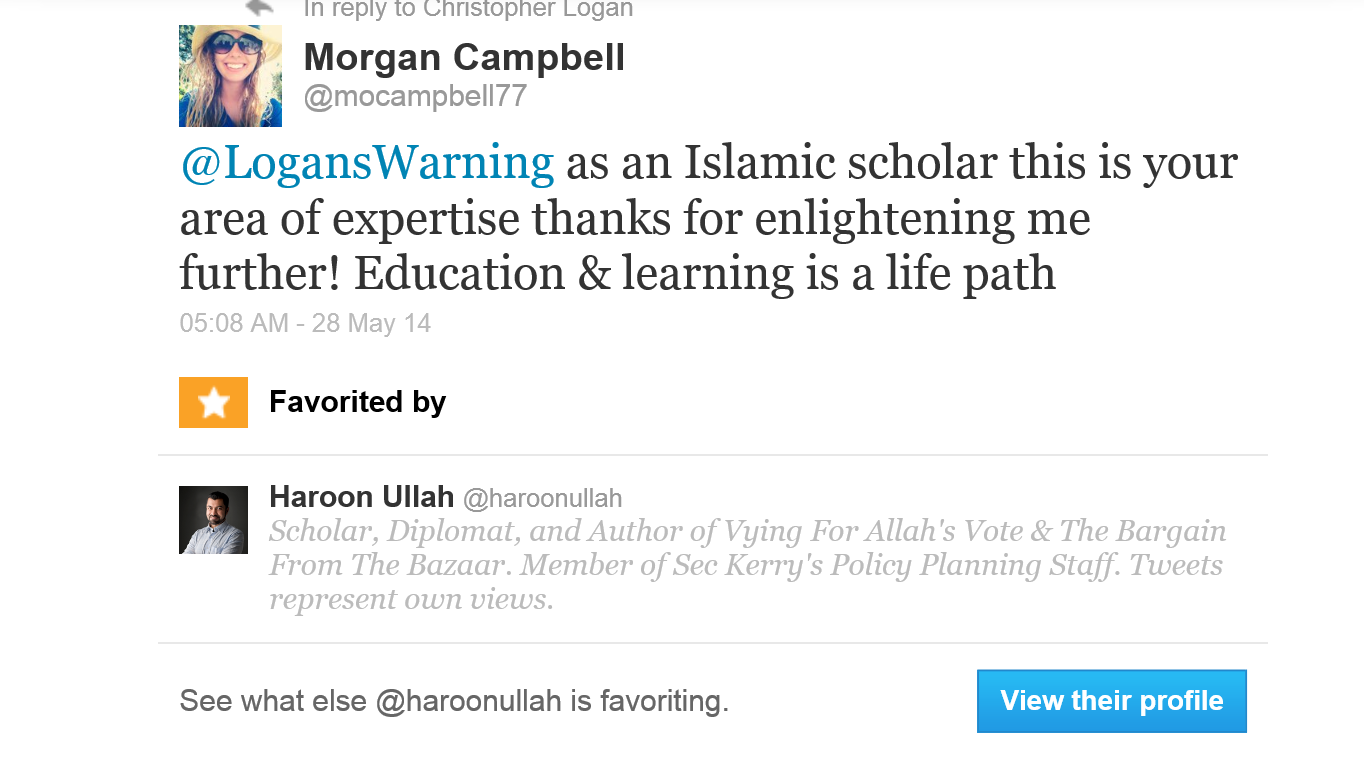 In order to make sure he knows where I stand I sent him a Tweet stating, not all Americans are not as naïve as those in the State Department. He never responded.

Haroon Ullah joined the Secretary’s Policy Planning Staff in November 2013. His portfolio includes Countering Violent Extremism and Public Diplomacy. Previously, he served as Director of the Community Engagement Office at the US Embassy in Islamabad. Prior to joining the State Department, he served as a Belfer Fellow at Harvard’s Kennedy School of Government and focused on democratization, counter-terrorism and religious political parties in the Middle East and South Asia. Haroon holds a B.A. from Whitman College, an M.P.A. from Harvard and a Ph.D. from the University of Michigan.

← Koran Readings on the Streets of NYC!
NY: Another Sign of the Islamification of America →

4 comments for “Is the State Department’s Haroon Ullah a “fan” of Logan’s Warning?”