Just two months ago I reported about the Pakistan Post being distributed for free across Brooklyn, Queens, and NYC. While it seemed like a benign report to some it was not as the paper helps promote Islam, and it is also where we learned about Muslims renting out NY’s Nassau Coliseum for a MEGA Interfaith con. Now we learn that there is another pro-Islamic publication being distributed for free. It is the Urdu Times. The website of the paper is not complete, but apparently it’s publication has spread across the pond.

Urdu Times is a free Urdu newspaper from New York. It was first published in 1980. Over the years, Urdu Times extended the area of publication and is now being published in New York, Washington, D.C., Atlanta, Miami, Detroit, Chicago, Houston, Los Angeles, Mississauga (a suburb of Toronto), Montreal, London, Birmingham and Manchester.

Once again, we take a walk through the Islamifying section of Jamaica Queens. 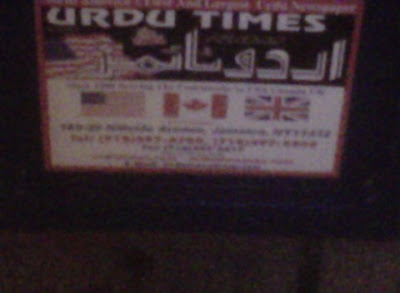 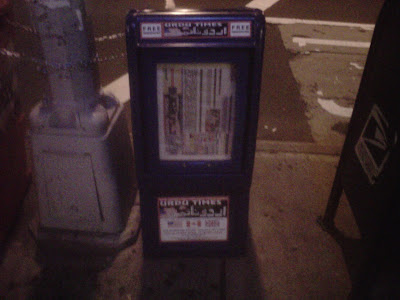 Taking a look at the paper, we see it’s main focus is promoting Islam, while encouraging Muslims to come to America and stay here! 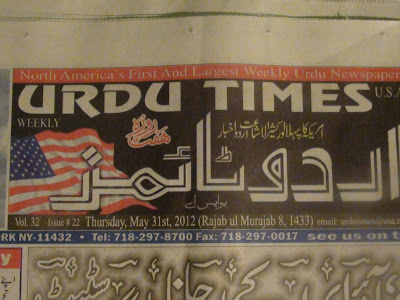 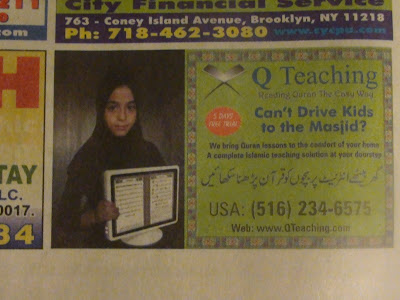 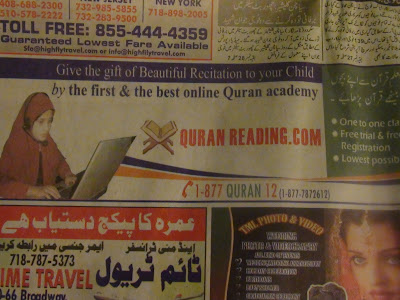 The fifth pillar of Islam is Hajj, the pilgrimage to Mecca. The birthplace of Mohammad the madman. The paper has a slew of advertisements for the event.

From the Saudi Embassy:

These are the words chanted by some two million people from across Saudi Arabia and throughout the world heading, as if pulled by a magnet, to one single spot on Earth. As has happened every year for 14 centuries, Muslim pilgrims gather in Makkah to perform rituals based on those conducted by the Prophet Muhammad during his last visit to the city. 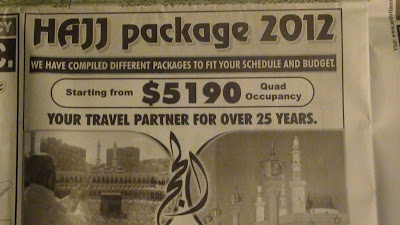 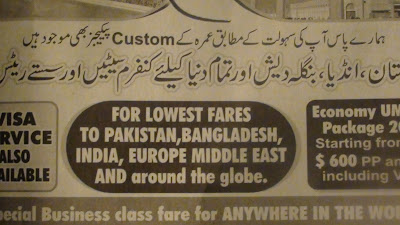 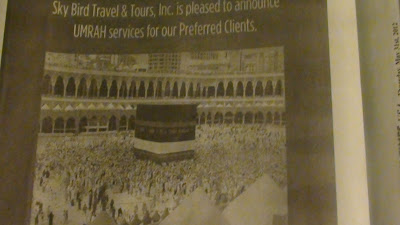 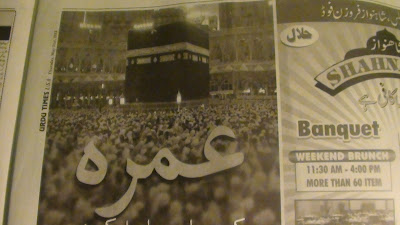 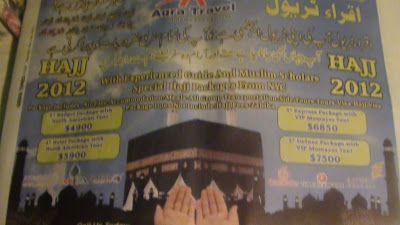 If you are a non-Muslim who is curios about Hajj and wants to do some site seeing, I suggest you save the airfare. 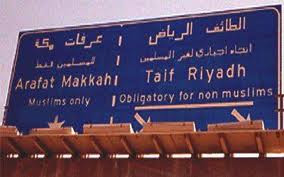 So far the most dangerous part of the publication is the immigration attorneys. Because as I have said, if we do not end Muslim immigration it is just a matter of time until we lose this war. 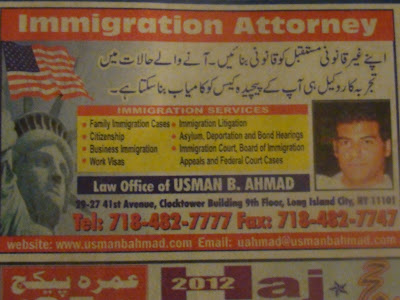 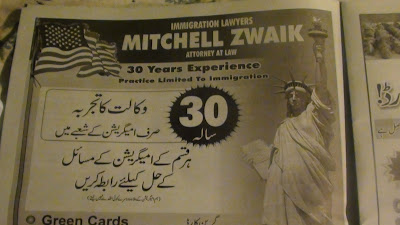 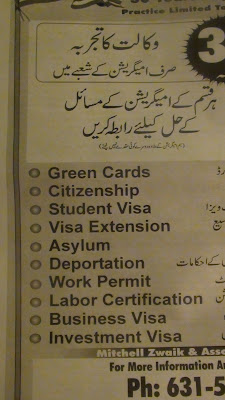 The final picture I took from the paper was interesting and unfortunately true…. 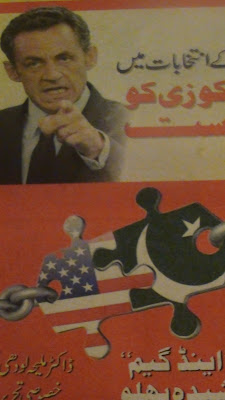 America NEEDS to break its bond with Islam. You can help doing that by kindly sharing my articles with the share icons below. Thanks! 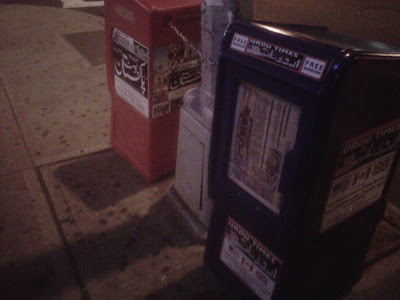 The Pakistan Post, and the Urdu Times. Standing side by side in their internal destruction of America.

← Queens NY: Islam in YOUR FACE!
Queens NY: Are Christians Waking up to the Threat of Islam? →
0 0 votes
Article Rating
14 Comments
Inline Feedbacks
View all comments

The changing of times and laws is gradually coming to pass.

You are correct Mullah Lodabullah, just as it has been prophesied in the Bible.

Mullah Lodabullah… that of which you are so proud is the Anti-Christ. He is also known as Lucifer, Satan, the Destroyer, the Prince of Darkness. He is the father of lies and deceit, and you worship him.

Mullah isn’t an arselifter but rather the opposite.

Thanks Robin. My apologies to Mullah.

Check the mullah’s blog. He’s way ahead of you.

Any chance a proud patriot will set fire to those newspaper dispensers? (We don’t have them in Australia so I don’t really know what they’re called.)

Yes, I did check mullah’s blog. I have read Revelation 16:13; 19:20; 20:10; and Daniel many times, but never with such clarity as on mullah’s blog. If anyone will have any doubts that Islam is not the Antichrist, will be shocked to discover the horrible truth, that he is indeed the Antichrist. Knowing this awful truth, one cannot deal with moderate or radical Islam and be friends with the enemy, but combat it. Know the truth, and the truth will set you free.Good and kind Muslims leave this evil, satanic cult Islam is.

As for the many islamic posters ect.ect.ect. ecetera, would New York and any other North American City tolorate Nazi posters?. Where are the graffiti artist (all within the law)Patriots,Christians,Rebublicans and Democrats to put up posters extollling the virtues of America the Free over under above,on the sides and if must be, through it.

The Myth of the "Reform Koran" | FavStocks

[…] Gal Goldstein: “Reform Koran”, Where Does She Come up With This Stuff?! Logans Warning As Islam continues to gain a foothold in America, we unfortunately see so called leaders in this war continue to spread false hope and blatant […]

[…] Islam continues to gain a foothold in America, we unfortunately see so called leaders in this war continue to spread false hope and blatant […]

[…] (typeof(addthis_share) == "undefined"){ addthis_share = [];} Unfortunately tonight we get to see another example of how followers of the enemy ideology of Islam, exploit the freedoms of […]

NYC: Rolling out the Red Carpet for Islam | A Lot Of Coffee and Sleepless Nights

Author
admin
Reply to  NYC: Rolling out the Red Carpet for Islam | A Lot Of Coffee and Sleepless Nights