As many of you know I engage in a lot of online conversations with Muslims. Basically most of them follow the same pattern. A Muslim is being deceptive to non-Muslims about Islam by only telling them only part of the story, or by flat out lying. (Their religion instructs them lie.) Then I expose their deception and lies. After that their response is to usually pull a Houdini and disappear from the conversation. But the conversation I had on YouTube with Jihadifanclub (who I had written about back in 2011) took a different turn. This traitor to America came right out and stated, “We as Muslims will overthrow it”.

(Click on image to enlarge. Please excuse the graphic language.) 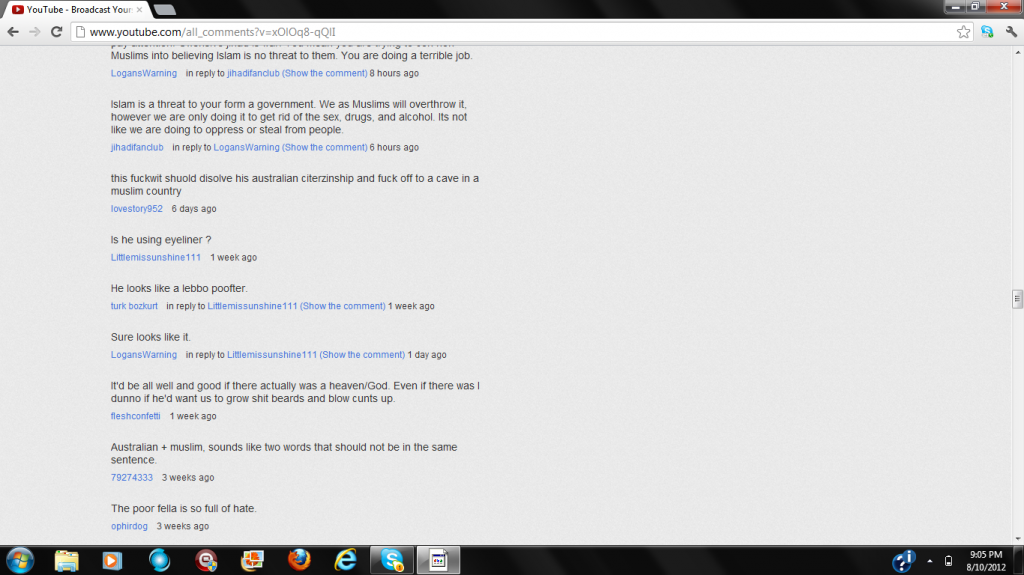 Is that within the realm of free speech, or is it a threat? Not that Obama will care…

According to his YouTube profile he is in America. 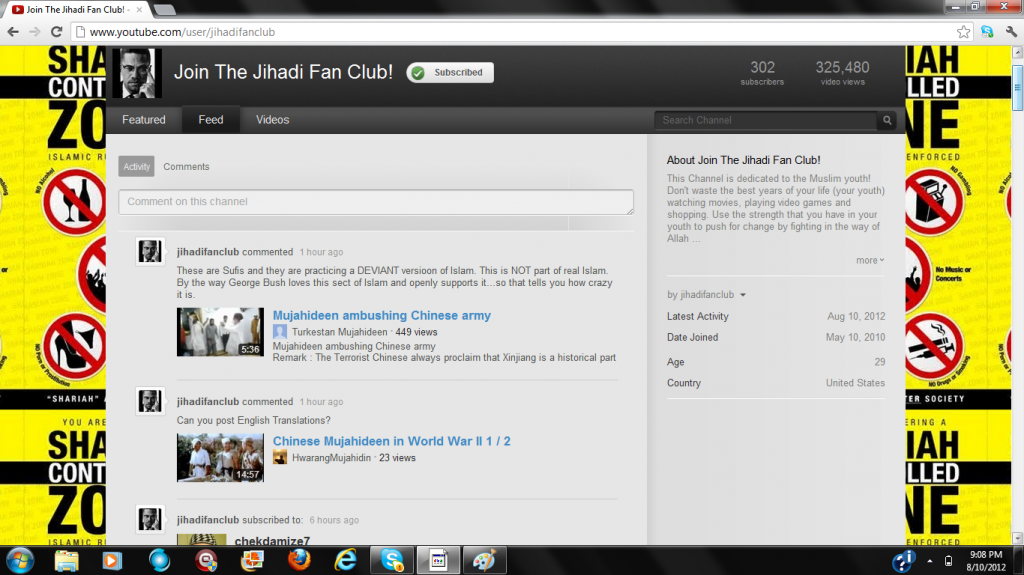 ← Another Encounter With a Strange Christian Woman
Muslim in America to Logan’s Warning: Convert, Accept Islamic Rule, or Else…. →

26 comments for “Muslim in America to Logan’s Warning: We WILL OVERTHROW the US Government!”