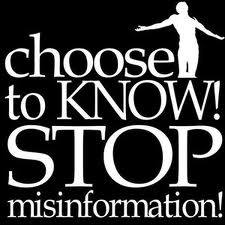 As soon as I heard about Bin Laden’s death, I had a nagging suspicion that it would only make our jobs here tougher in the future. I fear that more bad than good will come from this news. It IS a miraculous turn of events that the world’s Number One Terrorist is dead! Yet, this will only help boost Obama at election time and allow more non-Muslims to feel comfortable enough to drop their guards in the war with Islam. Another thing that I see coming out of this is that Muslims will manipulate his death in an effort to con non-Muslims to now release their affront on Islam and retreat. Many are happy to believe that the problem has evaporated with the bursts of gunfire that ended OBL’s life! Trust me… it has NOT!

PASADENA – All Saints Church changed its daily noon Eucharist on Monday in the wake of news that Osama bin Laden was killed.

The progressive Pasadena church centered its noon service around peace and reconciliation, something its clergy thought was necessary to counterbalance the violence embodied by the international terrorist.

“We live in a violent world, but we follow a lord who told us to be people of peace,” said Susan Russell, a senior associate pastor at All Saints.

This is another Church that needs a reality check. The Islamic community does not want reconciliation, they want to dominate Christians as their scriptures call for. (Koran verse 9:29). They are following a religion that calls for perpetual war.

That is the reality of the situation, and the fantasy the Church wants will not become a reality.

The church posted news of change in the noon service on its Facebook page and tweeted the information. Russell said Sunday’s news pushed the church to act in what clergy thought was the best interest of the community.

Balancing between her peace mission and The War on Terror is something Russell struggled with before bin Laden’s death.

Her son is an active duty soldier in the U.S. Army and has served in Iraq and Afghanistan.

“I straddle between the paradox of being a mother of a son on active duty and a pastor of peace,” she said. “There is no easy answer.”

But Russell still held out hope that bin Laden’s demise will open up a broader conversation about violence that will tip the balance toward a more peaceful world.

You want to have a conversation? Have a real one about the violence that stems from Islam!

“My deepest hope is that we are going to outgrow our addiction to violence,” said Russell. Glen Stassen, professor of Christian ethics at Fuller Theological Seminary, joined All Saints in condemning the violence epitmozed by bin Laden.

Christians have been persecuted because of Islam for nearly 1400 years. Isn’t it time for the Christians of the world to start condemning Islam itself?

Getting back to Stassen…

“I am not in favor of killing anybody,” Stassen said. “I am really glad he is captured. I wish we had negotiated with the Taliban after 9/11 to get him to a trial in a Muslim country.”

What are you talking about Stassen? He was NOT captured, he was killed! The more you talk, the more I see just how uniformed you are on this issue.

Instead of turning bin Laden into a martyr, Stassen would have preferred seeing the terrorist condemned by a Muslim court and a religion whose followers had turned hostile to the terrorist’s cause.

Now he was martyred….which is it, dead or captured? Do you really think the Islamic world cares what you would have preferred? Islam has been hostile since the days of Mohammad. How do you not know this?

“Osama bin Laden is not a Muslim leader, he is a mass murderer of Muslims,” Stassen said. “I’m trying to help Muslim leaders separate the extremist from the sensible Muslims.”

Was Mohammad an “extremist? Please point out the “sensible” Muslims who are fighting Sharia Law across the West.

Stassen said bin Laden’s life should never serve as an example of the faith of Islam or any faith.

“Hate is not a Christian or a Muslim virtue.”

Unfortunately, YOU do not get to dictate what Islam is! Your words are hollow; Mohammad was a self-professed terrorist.

It is high time that we ALL face these realities! Are you prepared to take a firm stand for your Christian brothers and sisters?! All you need to do is to condemn Islam because it persecutes them all! You CAN do it!

Susan Russell, a Senior Associate Pastor at All Saints can be reached HERE.

← ~1000’s of Penn State Students Take to Streets in Celebration of OBL’s Death!~
~Alleged Murder by Muslim Stepdad in Midwest: Motivated By Her Western Ways?~ →