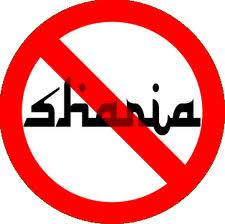 For the second time a member of the Birmingham Islamic Society, has responded to Logan’s Warning. As you will see John is here to try and cover for Islam.

No it does no good, because Christians are not on a worldwide movement trying to subjugate the world, under a barbaric set of religious laws.

Now, one may always cherry-pick your examples and blow them far out of proportion to their importance, and hold these up to be the be-all and end-all of any set rules. I suppose you are aware that if you are to follow the example of the Bible, you are to stone to death those who work on the Sabbath? Yes, that’s in the Old Testament, to be sure- but where in the New Testament was that ever repealed or rescinded?

PROVE they are blown out of proportion. As you see John quickly tries to take the focus off the Sharia movement that is taking place in the USA, and onto Christianity. He also does not understand the Bible is made up of stories of those times. While Koran verse 33:21, states the actions of Mohammad are to be followed for times. Or he just does not want to admit it.

We do follow Shari’a laws, yes- for the great body of Islamic practice is codified in Shari’a. It’s not all about stonings and beheading and the mistreatment of women- if you want examples of Shari’a applied badly, you need go no further than Nigeria, or Saudi Arabia- US allies that we support- both of which have the hands-down worst records of harsh applications of Shari’a. You have to realize, too, that when applied as intended, such harsh punishments are the exception and not the rule. Just as you can find harsh judges in Islamic courts, you can find just as many or more in Western courts- go to any town in America and you will find judges who routinely hand down sentences far in excess of the norm.

I don’t support those countries, and I disagree with my government supporting any Islamic country. (Although Muslims are the slight majority in Nigeria). You have to realize that I have studied the Islamic scriptures, and harsh punishments are intended.

Muslim Hadith Book 017, Number 4191:
‘Ubada b. as-Samit reported: Allah’s Messenger (may peace be upon him) as saying: Receive (teaching) from me, receive (teaching) from me. Allah has ordained a way for those (women). When an unmarried male commits adultery with an unmarried female (they should receive) one hundred lashes and banishment for one year. And in case of married male committing adultery with a married female, they shall receive one hundred lashes and be stoned to death.

But maybe “John Muhammad”, knows more about Islam than Mohammad did.

While we follow Shari’a in its religious instruction, we have no authority to enforce its criminal code- we leave that to the criminal law of the land, that of the United States. We honor our women and treat them with utmost respect; woe be to the man who treats any of them badly. Indeed, one of our teachings is that “he who is best among you is best to his wife”. Now how can that possibly jibe with your ‘all Muslim men mistreat women’ trope? I’ll answer for you: it doesn’t.

Not yet you don’t. But that is the plan, and I do NOT see you condemning the Sharia movement. Do you want to play the exchange verses game? Sure thing….

Muslim Hadith Book 004, Number 1034:
Abu Huraira reported: The Messenger of Allah (may peace be upon him) said: A woman, an ass and a dog disrupt the prayer, but something like the back of a saddle guards against that.

Muslim Hadith Book 004, Number 1039:
Al-Aswad reported that ‘A’isha said: You have made us equal to the dogs and the asses, whereas I lay on the bedstead and the Messenger of Allah (may peace be upon him) came there and stood in the middle of the bedstead and said prayer. I did not like to take off the quilt from me (in that state), so I moved away quietly from the front legs of the bedstead and thus came out of the quilt.

How respectful. Now point out where I said all Muslim men mistreat women…

I suggest that before you speak, you pay us a visit and see for yourselves what an awful thing this Shari’a is at our mosque. Schedule an appointment if you like; I or any of the brothers will be happy to speak with you or explain how our prayers are performed or whatever questions you may have. All I- we- ask is that you come with an open mind; if you have already decided for yourself what your opinion (no matter how ill-informed) is going to be, we are already at a disadvantage with one another- something we would rather avoid.

I suggest you stop trying to limit the issue to Sharia just in your Mosque. That is just the start. I no longer have an open mind to Islam, and all non-Muslims should adapt the same line of thinking. You call me ill-formed, but why don’t you PROVE it?

All in all, I personally ask you to get your information from credible sources, and not those who cherry-pick their examples and constantly demonize that which they are afraid of. We are always ready to explain Islam and our beliefs to those who are truly interested- are you up to the challenge of thinking for yourself? Give us a call sometime.

All in all, I personally ask you to read through this site. The Koran, Sahih Bukhari and Muslim ahadith, and the Al Azhar approved Reliance of the Traveller are credible sources. Why don’t you speak the truth, and say you are ready to try and cover for Islam? Unlike you, I am not and never will be a slave to Islam. Unlike you I do think for myself, while in another comment you prove you do not.