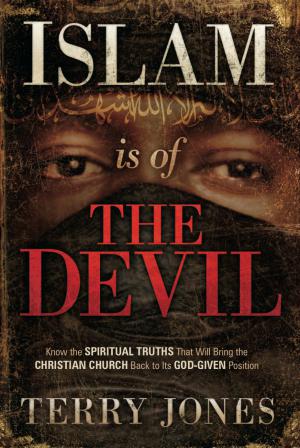 For years I have been saying that fighting Islam is not about religion to me. It is about preserving our freedoms for our families future generations. But I do believe that non-Muslims of all beliefs must unite against Islam. One of my biggest complaints about non-Muslims, is that most of us sit silently as Islam advances across the world. Then there are the Islamic excuse makers that verbally attack those that do have the guts to speak out against this threat. I have seen an endless list of Christians doing this, as they are not willing to take a stand for their Christians brothers and sisters, that are suffering under Islamic rule.

The Christian community has been much too quite on this issue. Many are paralyzed by the politically correct disease. Dr. Terry Jones is not one of those Christians, he is brave enough to speak the truth about Islam, and unwilling to back down to his critics. Leaders like him are what the Church is sorely missing, and this is what his new book is about. “Islam is of the Devil” starts out with a simple request, and that is just asking people to speak the truth. The truth about Islam is that it is a religion of war, that allows lying, and rape. It is the anti-thesis of Western Civilization, and it must be fought. I ask the Christians reading this, did Jesus not want the truth to be spoken?

To know the truth, one must know the Islamic scriptures, and Dr. Jones takes care of this in the “The Roots of Islam”, and the “A Masquerade of Peace and Tolerance” chapters. Which point out the dominance and violence that Islam breeds.

The two main points of this book are that if Islam is not stopped, it will destroy life as we know it, and the bottom line here is that most of the country defines themselves as Christians. So if they want to do what is right, they are the ones that have the numbers to make a difference. If a good portion of the Christian community does not take a stand against Islam, I do not see us winning this war.

Whether you are a Christian or not, new to subject or have been aware of the problem, this book is a must have in our arsenal against Islam. To order “Islam is of the Devil” for you or a friend, (only $12.99) just click HERE. The purchase will also help support Logans Warning, so please mention my site in the order comment section.

← Coming Soon?: First Mosque in Clarington, Ontario
Back in the New York Grove: My First Encounter With Muslims in NY →