UK: Muslims Against the Crusades March

UK Muslims are getting ready to drum up some more trouble, and protest against returning soldiers from Afghanistan. The last time they did this, they enraged non-Muslim Brits.

I expect that the non-Muslims will send the same, respect the troops or else message. I cannot blame them. 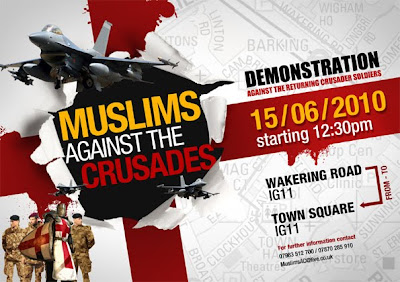 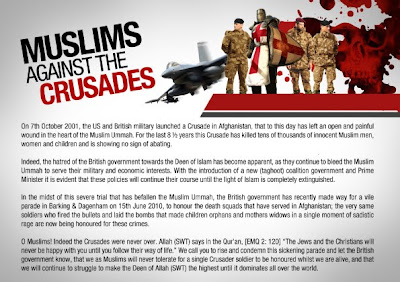 125 comments for “UK: Muslims Against the Crusades March”

Please help me to continue with my hard hitting street reporting and do what the MSM will not do. Expose Muslim Propagandists