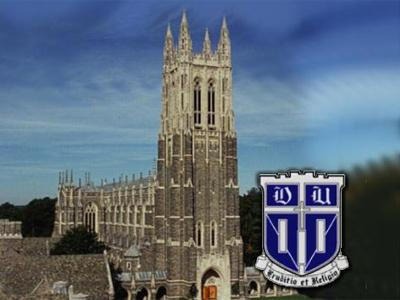 For the record, I sent this link to all 3 professors.

So far I this is what I have gotten back.

"I am on leave till August 2010. Email correspondence will only be on a needs basis and periodic."

He's probably gone to a jihadi training camp along with the rest of his jihadi buddies.

A couple of weeks ago or so I read somewhere, don't remember where, that the saudis has funded or "donated" tens of millions (don't remember if it was in dollar or pound) to Oxford and Cambridge. How many other univerities all over the west is in the saudis pockets? Considering how President Hussein grovelled in front of the saudi king I wouldn't be surprised if they own most of them.

They have given millions to Harvard and Georgetown here. They are destroying Western civilization with our own money. We have to breakaway from buying their oil. We are paying for our own demise.

Same here in Canada: We have Saudis "buying" seats for their kids (young men) who only go home better armed with Western appeasement.

Hi Kelly,
The Saudis are slowly bringing down the West without firing a shot, and most of our politicians are frozen in fear, to take any action against them.

The issue is doctrine, not alienation or grievance. To test the idiotic assertions, substitute Mafia for Muslim in their screed.

I take it that you are not impressed with all the degrees of these professors either. This study was clearly a whitewash.

Let us not forget that this was considered of value by CNN, which automatically puts it in a "different" persepctive. 'nuff said! they have their audience for their, their – i can't bring myself to call it "presentation of the news" because they don't…but they have their rooting section and they want them to keep on rooting..

That is true, CNN jumped all over this, but this study has been picked up by 2 or 3 other "news" sites so far. The left and Muslims will try and run as far as they can with this one.

I expect to see it on more news sites later today.

You can make any studdy come out with the answer you need, you just have to frame the question right and this is exactly what they have done here.

Someone should publish how much cash these two universities receive from Mohamadan millionaires in Saudi Arabia and other Islamic regimes. I have no doubt that the sum paid for these skewed results.

One of these three professors is an Islamist so this report started with a foregone conclusion: exonerate Islam and make Mohamadans appear as unjustly targeted victims.

I received an email from Nicole McWhirter, Program Assistant. She works for David Schanzer. She said, please remove me from your list. Of course not a word about the study.

In addition, your 'average' criminal may or may not offend, may injure one person at random or a family member. Yes, horrible.

However, a jihadi targets tens, hundreds or thousands at a time, usually non-military (to target civilians is a definition of terrorism) and will seek to conduct jihad again and again if foiled or failed. A jihadi will recruit others into jihad, teach others jihad and emboldens other jihadis with every act.

So, the professors are dishonest on many levels. The university should review their teaching, their 'research' and their overall contribution to higher education and determine them to be worthy of a budget cut and call immigration if they are on VISAs.

Do you have Ms. McWhirter's e-mail? I would like to send her some information of my own.

I told her the study was a whitewash of Islam. She said it was not her study. Meanwhile she is Schanzer's assistant.

We need to let them know that whitewashing the threat of Islam, is unacceptable.

One thing that we need to get out there, is that the Constitution is not protecting us from Islam. It is actually enabling it.

Was not UNC the same school where that Iranian muslim ran over 14 students about 3 years ago?
Slobby Arabia needs to send many millions of dollars to those kids families.

You have a good memory.