In order to win the war with Islam we need to know the mindset of Muslims.

In order to know the mindset of Muslims it helps to actually speak to them, something I have been doing for years now. And the results are not very comforting. They are not rational and clearly do not think like most Westerners. For instance their views on marriage are alarming different than those with morals.

While the Koran sanctions prepubescent marriages, many Muslims I have spoken to state that Islam allows marriage upon puberty and they clearly have no issues with it. So for arguments sake I will go with that for now. The reason being that a female can reach puberty at the age of 8, and that is pedophilia.

Usually, puberty starts between ages 8 and 13 in girls and ages 9 and 15 in boys. This wide range in ages may help explain why some of your friends still look like young kids whereas others look more like adults.

Now for the sake of exposing the mindset of our everyday Muslim, I introduce the first inductee to this new this new segment of Logan’s Warning’s exclusive reporting. 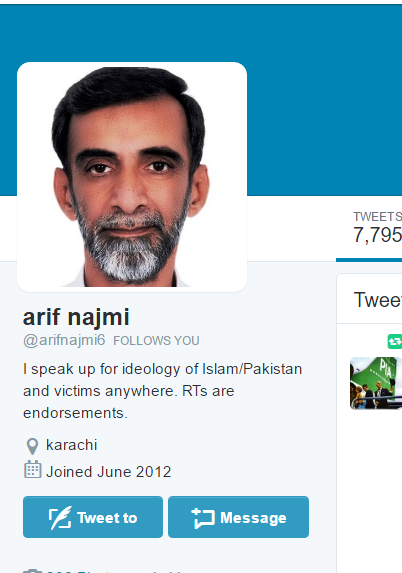 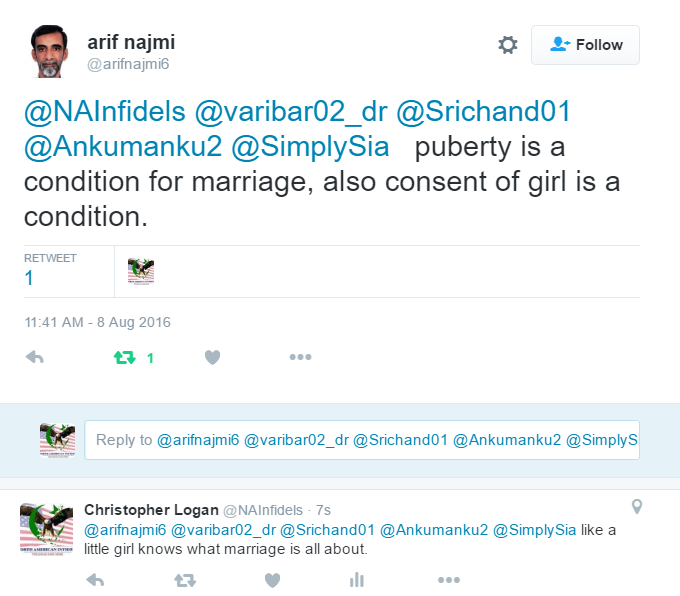 America has enough problems of her own. Do we really need more Muslims coming here with this kind of mentality. I think not. #BanMuslims

2 comments for “Exposing the Mindset of Muslims #1”