During my recent Internet travels in which I was searching for Muslim propagandists to expose, I replied to the following Tweet from the Muslim Propagandist Affairs Council. Also known as MPAC. 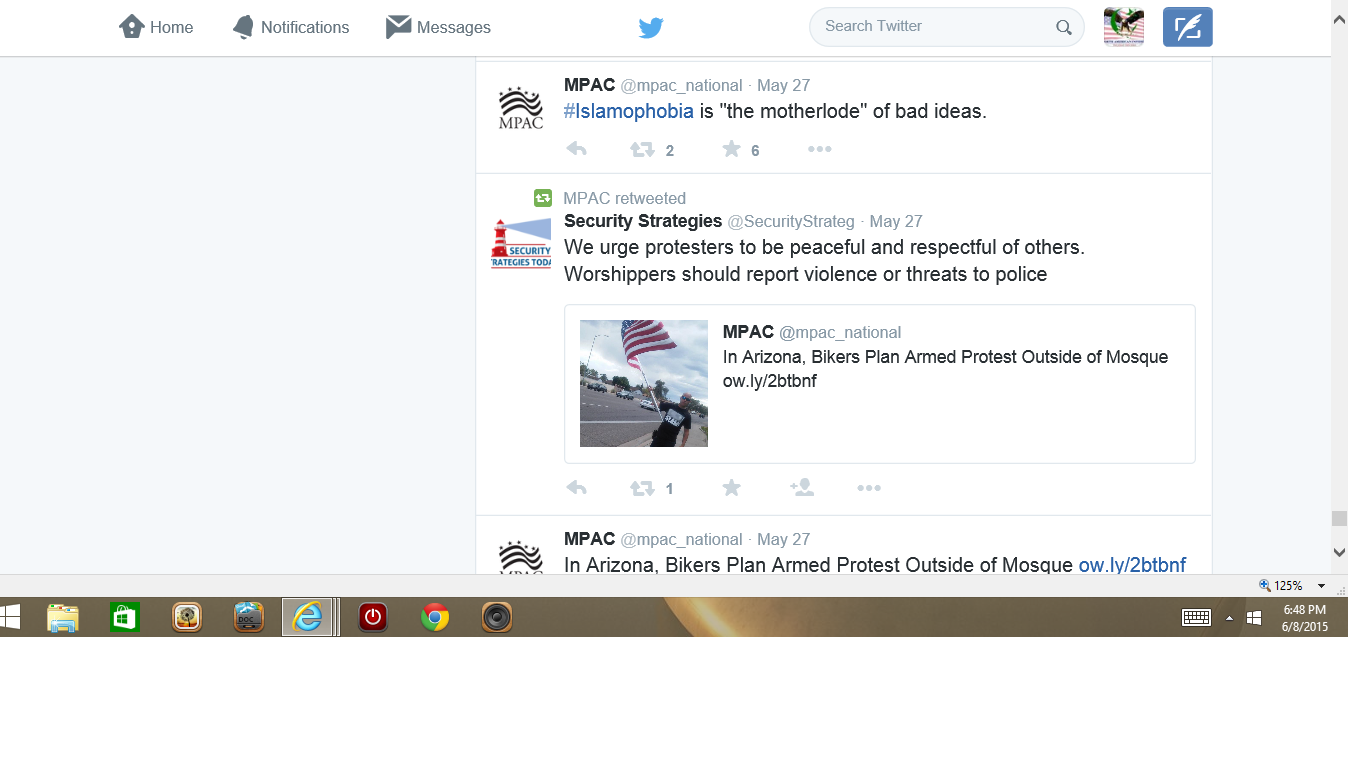 From there MPAC dropped the “Islamophobia” bomb on me! Which is nothing more than an attempt to destroy freedom of speech in regards to the critics of Islam. 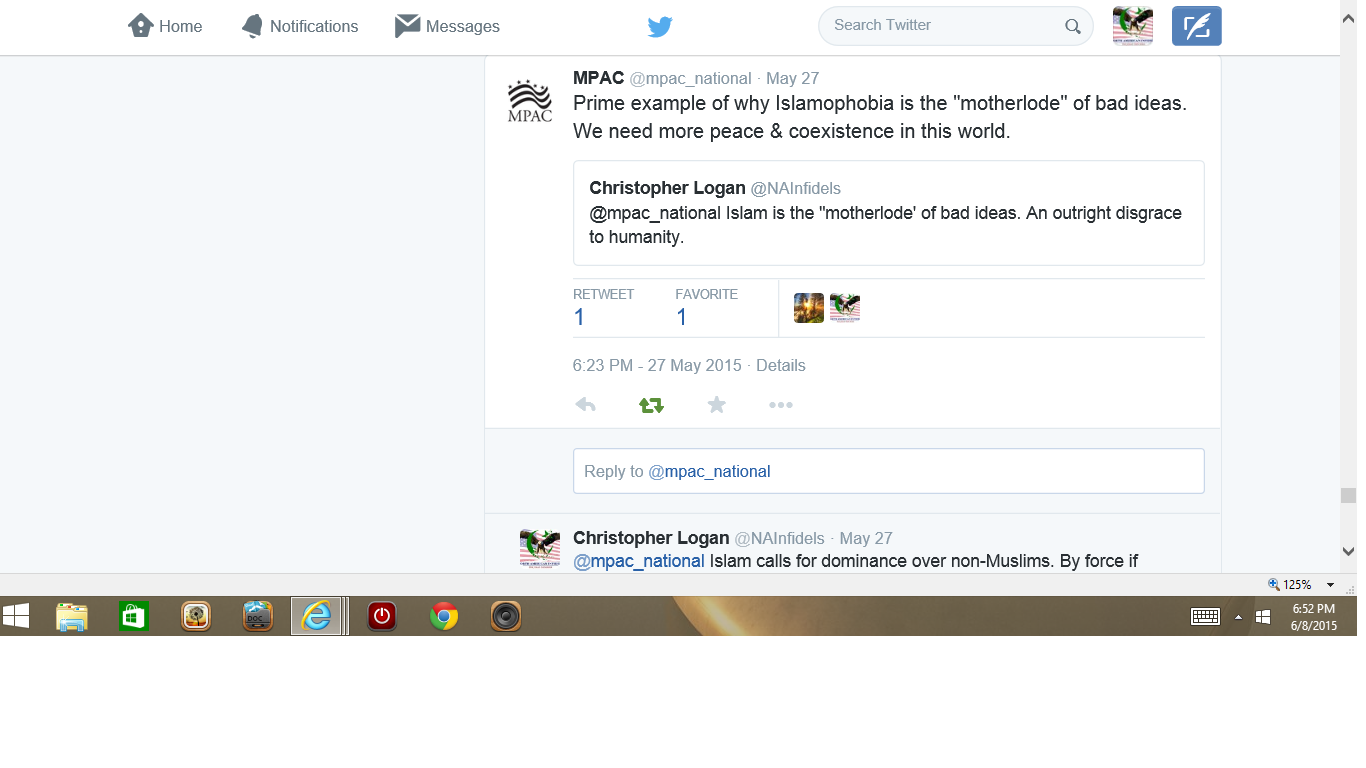 Their strategic mistake was thinking that dropping the “Islamophobia” bomb would kill the discussion. But their plan backfired as they were forced to retreat because they could not even begin to refute my points on Islam, or those of our friend Lodi Silverado. 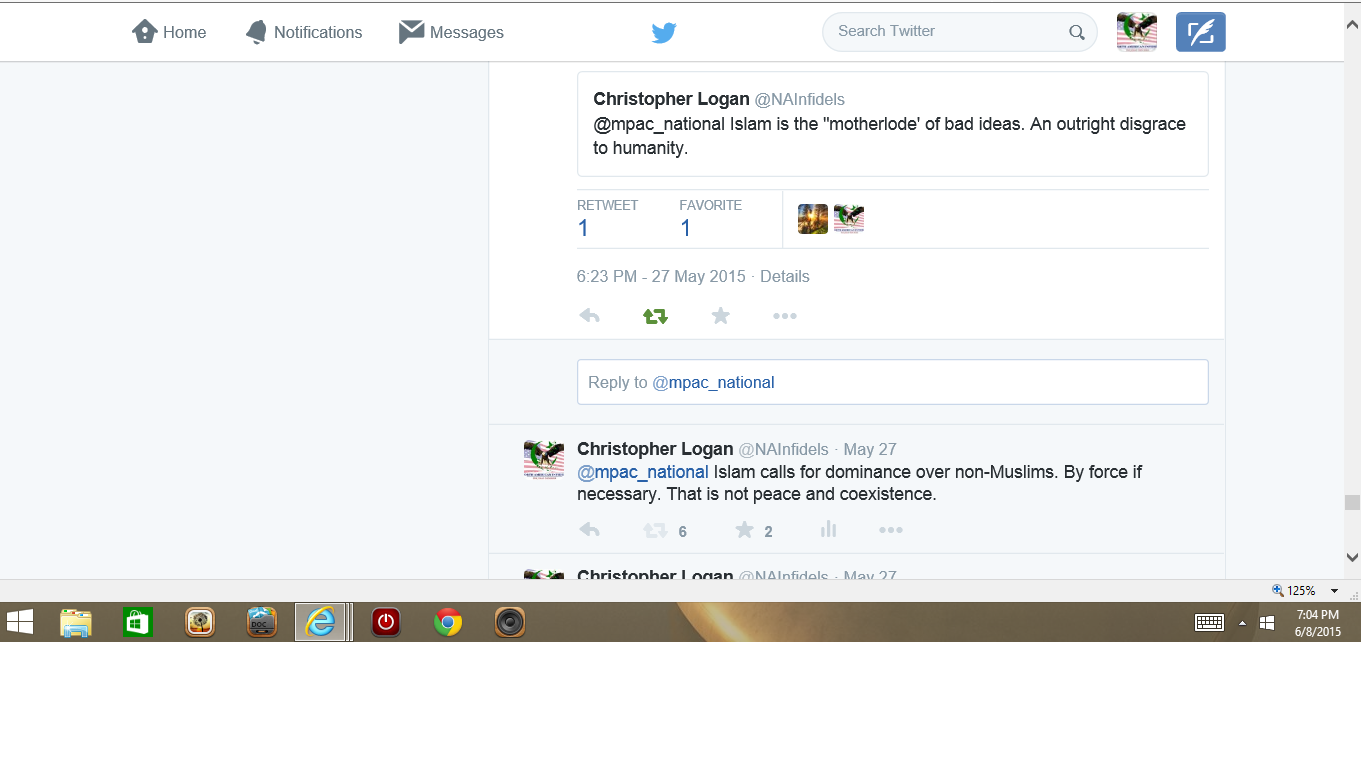 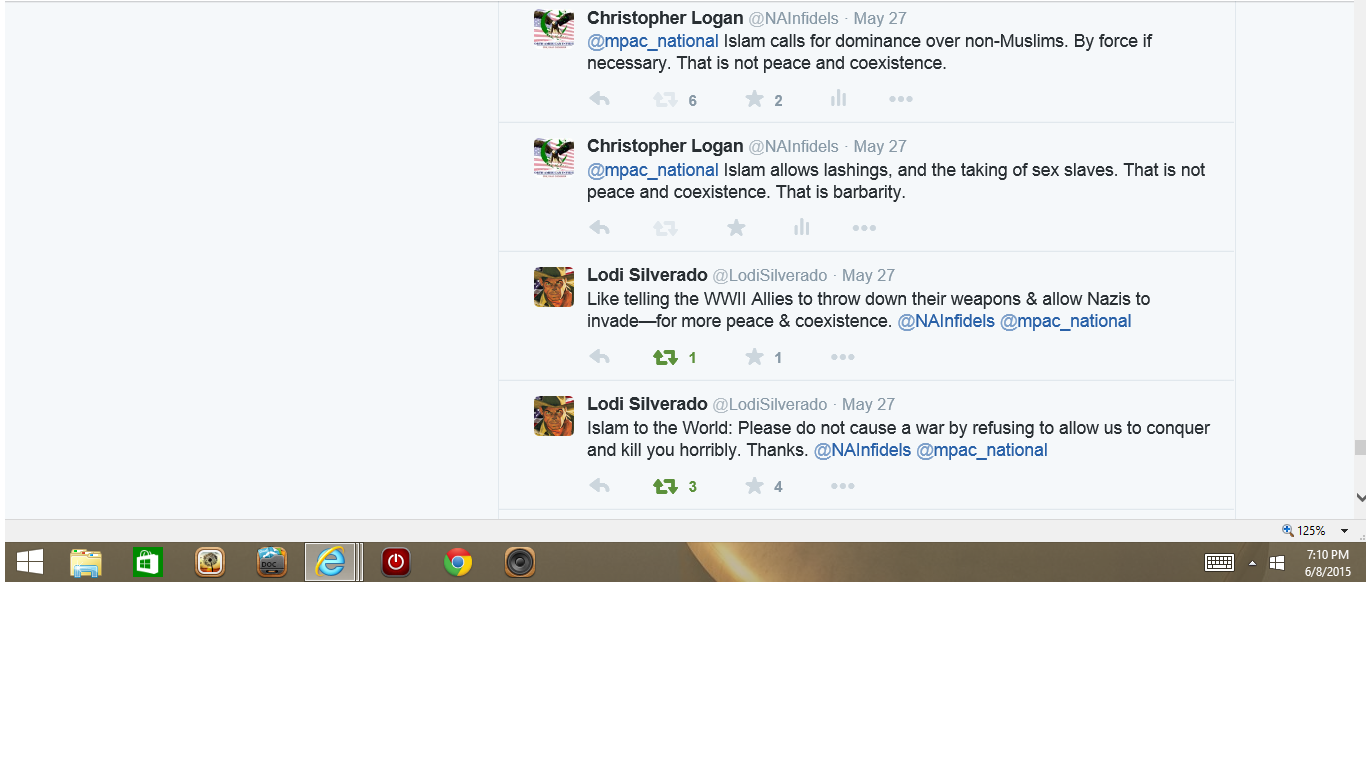 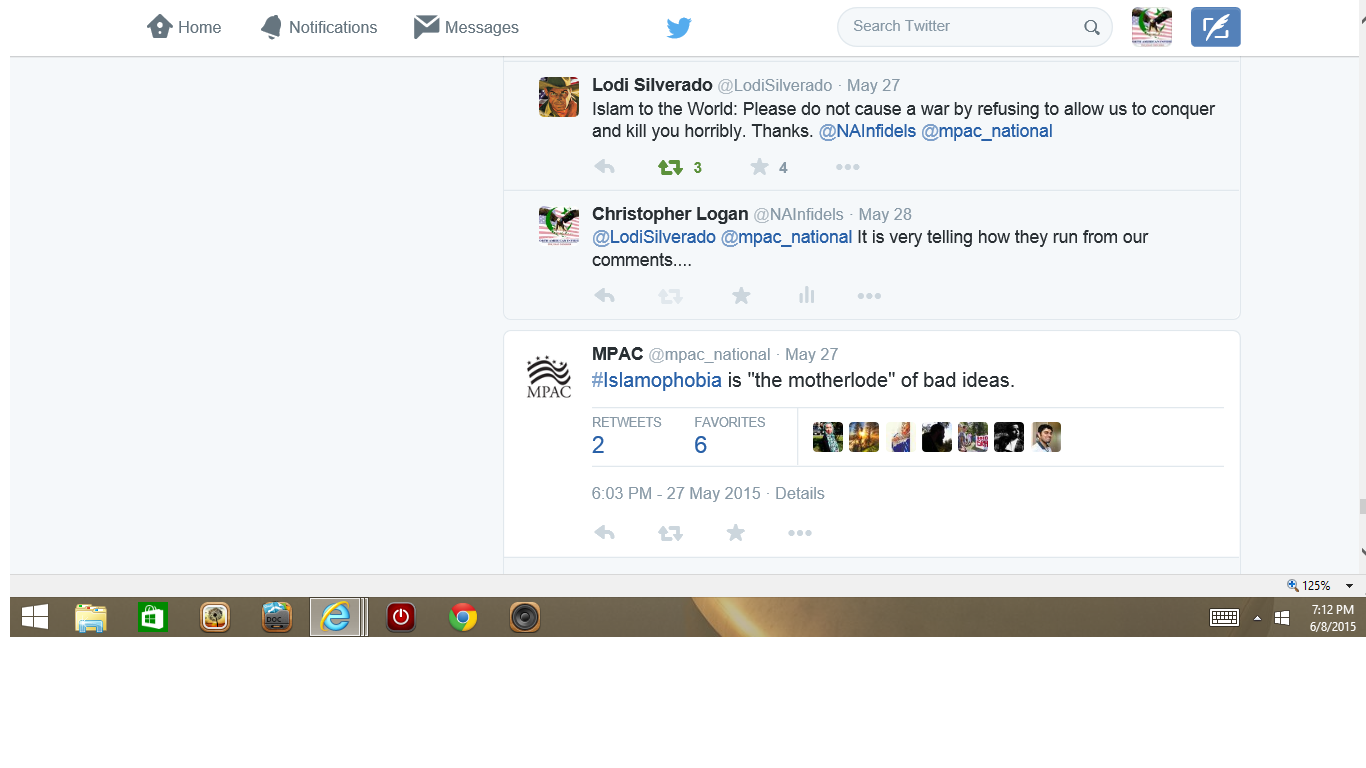 Obviously MPAC’s battle plan is not equipped to deal with the critics of Islam who know Islam. On to the next victory!