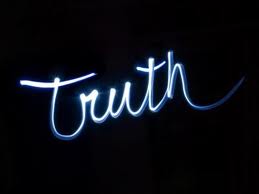 Years ago “Muslims Against Sharia” was the rage. Non-Muslims were lining up to support them, as they were supposed to reform Islam. After a short while I got the feeling something was not right with MAS, and questioned their foul-mouth leader Khalim Massoud on what Mosques and Islamic organizations supported them. On how they were going to reform the Koran and get it accepted across the Islamic world. Those simple questions angered him, and he blocked me on Facebook. As the argument was taking place a lot of non-Muslims turned on me for speaking the truth and taking them out of their fantasy world of MAS reforming Islam. They were so angry that they were bad mouthing me for months on FB. Many of the them even blocked me. Thankfully most of them finally admitted that Khalim was just all talk. That was the beginning of the truth campaign!

The latest rage in the “moderates” are going to save the day fantasy is Zuhdi Jasser. Over a year ago I challenged ACT! ‘s Brigitte Gabriel on her “moderate” Muslim stance and had a little support. (Although it was greatly appreciated!) The second bout with ACT! was this past March when Gabriel blatantly lied and said Jasser “truly” represents Muslim in America. At that point there was an avalanche of infidels questioning her, being tired of hearing the “moderates” are coming to the rescue fantasy. The truth campaign was clearly growing! As non-Muslims are realizing that beating around the bush with Islam and waiting for Islam to reform is a losing proposition. The truth has to be told to win this war!

The next step in the truth campaign was an unfortunate one, which started when Fox’s Sean Hannity Tweeted me in the defense of Islam itself. Stating “RADICAL” Islam is the problem, and he would not say Islam is the problem. He was very adamant about it.  Numerous people have expressed their discontent with Hannity on this issue, and one of those is a very prominent voice in this war. That is the voice of the Walid Shoebat Foundation. I applaud the foundation for taking a stand for America, and the truth on what the enemy is in this world war!

Why is Sean Hannity doing this?

There are several reasons why high profile individuals do not speak the truth about something. It can be tactical or it can be for career preservation. Wikileaks all but proved it is rarely out of ignorance. Enter Sean Hannity. He has publicly stated his position that Islam is not the problem. Instead, it is “RADICAL” Islam.

Logan’s Warning at Right Side News got into a twitter battle with the talk show host and made this patently apparent. Interestingly, it was Hannity who ultimately blocked LW because he apparently wasn’t prepared to logically defend his position after LW quoted very specific verses.

For the rest and the line in the sand, please head over to the Shoebat Foundation’s website. You may do so by clicking HERE. As you will see, in order for us to win this war the truth needs to be spoken. The truth campaign is clearly on the rise. Many thanks to all who supported it!

8 comments for “Walid Shoebat Foundation Takes Stand for America~ the Truth on Islam~ and Logan’s Warning~ Calls out Hannity on Islam!”