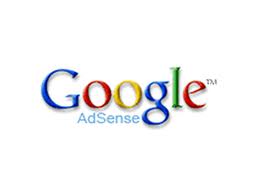 Today Google Adsense has taken a stand for Islam. Taken a stand for a so called religion that is out to enslave or kill the future generations, of the non-Muslims who have made this decision. Brilliant…..absolutely brilliant…..

During a recent review of your account we found that you are currently displaying Google ads in a manner that is not compliant with our program policies
(https://www.google.com/support/adsense/bin/answer.py?answer=48182&stc=aspe-1pp-en).

Please note that this URL is an example and that the same violations may exist on other pages of this website or other sites in your network.

HATE/ANTI: Publishers are not permitted to place Google ads on sites with content advocating against any individual, group, or organization.More information about this policy can be found in our help center (https://www.google.com/adsense/support/as/bin/answer.py?hl=en&answer=105947).

ACTION TAKEN: We have disabled ad serving to your site.

If the Interent was around during WWII, would Google have disabled ads on websites that warned people of the dangers of Nazism? I wouldn’t be surprised.