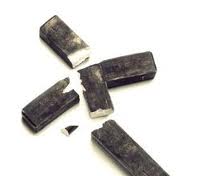 Unfortunately as Islam creeps into our society, I continue to come across more and more information about Christians who support Islam. They obviously know very little about Islam, and to make matters worse they do not even want to take the time to do their own research.

This video is from 2008, but it needs to been seen and forwarded to others.

Of course the Muslim in the video conveniently left out these tidbits of information.

Muslims are to dominate Christians:

According to the Islamic scriptures, Jesus will come back and destroy Christianity:

Does any of that sound Christianity friendly? As a whole the Church had better wake up very soon! Or our children will surely suffer under Islamic rule. Speak out….

I believe the Church’s website can be found HERE. But I was having a lot of problems going through its pages.

← UK Muslims: We WILL NOT Integrate! ~ law and Order go to Hell! ~ Video
The Strangest Thing Happened to me, an Encounter With A Christian Woman →