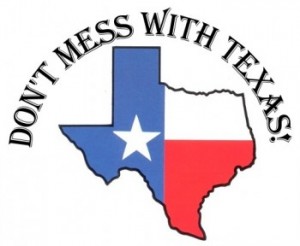 Approximately an hour ago I posted about the Hartford Common Council dropping Islamic prayers from the Monday meeting, after being pressured by non-Muslims. Now in Texas we see of another example of America turning against Islam. This time it is in the classrooms, which is obviously great news for our side.

AUSTIN – Just when it appeared the State Board of Education was done with the culture wars, the panel is about to wade into the issue of what students should learn about Islam.

The board will consider a resolution next week that would warn publishers not to push a pro-Islamic, anti-Christian viewpoint in world history textbooks.

Members of the board’s social conservative bloc asked for the resolution after an unsuccessful candidate for a board seat called on the panel to head off any bias against Christians in new social studies books. Some contend that “Middle Easterners” are increasingly buying into companies that publish textbooks.

In addition, the measure cites some books that dwelled on the Christian Crusaders massacre of Muslims in Jerusalem in 1099, while censoring Muslim massacres of Christians there in 1244 and at Antioch in 1268 – “implying that Christian brutality and Muslim loss of life are significant, but Islamic cruelty and Christian deaths are not.”