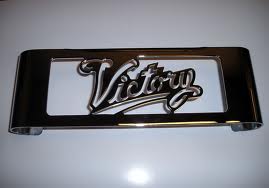 Once again we see that non-Muslims taking an assertive approach, against the threat of Islamic expansionism is achieving positive results for our side. Appeasement and complacency are not the answer, Muslims will always want more.

No Muslim prayers at Hartford Council during September

On Friday, the Hartford Court of Common Council announced they would not include Islamic prayers prior to their regular Monday meeting because of the public’s mostly-negative reaction to the inclusion of Muslims so close to the anniversary of the 9/11/01 terrorist attacks.

“My intention, as I tried to convey on the press release, was to have an imam deliver the Monday invocation specifically to send a message of solidarity at a time when anti-Muslim sentiment exceeds (in my opinion) post-9/11 levels,” Cotto said.

That anti-sentiment may be fueling — at least in part — protests around construction of Cordoba House in Manhattan, and a nutty pastor’s plan (which he later abandoned) to burn Qur’ans to mark the 9/11 anniversary, as well as incidents such as this.

Muslim prayers were to be included in traditional convocations already said by representatives of other faith traditions, but after the reaction from constituents and beyond, the council will opt, instead, for a moment of silence.

← My Experience at the 911 Rally in NYC~Taking it to the Streets~ Videos
Texas Takes Aim at anti-Christian, Pro-Islamic Textbooks →