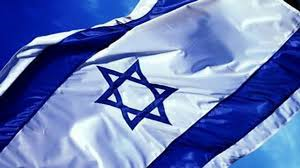 This my friends is by far the best news I have heard on the threat of Islam in along time! Israel has publically acknowledged the threat of Insidious Islam, and that Muslim immigration is the thoroughbred of Trojan Horses!

Jerusalem (AFP) – In a region marked by sectarian division, Israel is trying to bring its Christian Arab population on side in a move aimed at splitting them from their Muslim compatriots, experts say.

This Israeli charm offensive has recently led to the army calling for the first time on Arab Christians to sign up for military service, and in a newly-passed law which formalises a distinction between Christian Arabs and Muslims.

“We and the Christians have a lot in common,” MP Yariv Levin said at the time.

“They’re our natural allies, a counterweight to the Muslims who want to destroy the country from within,” said Levin, a member of Prime Minister Benjamin Netanyahu’s right-wing Likud party which sponsored the bill.

It is a discourse in keeping with the neo-conservative world view of a “clash of civilisations” between the Judeo-Christian West and Islam which has been embraced by Netanyahu – a close ally of both the US Republican right and the Zionist evangelicals.

It is not the first time Israel has tried to align itself with its “natural allies” in the predominantly Muslim Middle East. It did so in Lebanon in the 1980s by backing the Christian Phalangist militia and its ally the South Lebanon Army against their Muslim opponents.

Yes, they do have a lot in common. Mohammad wanted to drive out both groups.

← ACT!’s B. Gabriel FINALLY admits Islam Itself is the Problem!
A Message From an Ex-Muslim Living in the Boko Haram Islamic Killing Zone! →

6 comments for “Israel Declares Difference Between Christians and Muslims!”