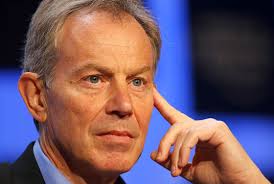 I wish it did not have to take the Islamic murder of one the UK’s finest, but finally one of the architects of the failed nation build plan, ex-Prime Minister of the UK, Tony Blair, has admitted there is a “problem within Islam”. I wish he would have worded it a bit differently, but it is clearly a step in the right direction.

‘I read the Qur’an [Koran] every day. Partly to understand some of the things happening in the world, but mainly just because it is immensely instructive.’ Mr Blair has previously praised the Muslim faith as ‘beautiful’ and said the Prophet Mohammed had been ‘an enormously civilizing force’. In 2006 he said the Koran was a ‘reforming book, it is inclusive. It extols science and knowledge and abhors superstition. It is practical and way ahead of its time in attitudes to marriage, women and governance’.

I really do not know what Tony was thinking back then, because the “inclusiveness” of the Koran are its instructions to dominate non-Muslims. Thankfully he has come out of Islamic induced trance, and has seen the light!

Instead, Mr Blair urges governments to ‘be honest’ and admit that the problem is more widespread.

‘There is a problem within Islam – from the adherents of an ideology which is a strain within Islam,’ he writes.

‘We have to put it on the table and be honest about it. Of course there are Christian extremists and Jewish, Buddhist and Hindu ones. But I am afraid this strain is not the province of a few extremists. It has at its heart a view about religion and about the interaction between religion and politics that is not compatible with pluralistic, liberal, open-minded societies.’ 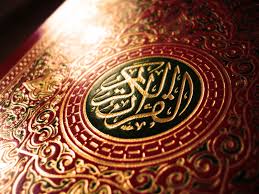 He adds: ‘At the extreme end of the spectrum are terrorists, but the world view goes deeper and wider than it is comfortable for us to admit. So by and large we don’t admit it.’

Link to Article
Friends, I know this war gets discouraging at times, but between this, the brave work of the EDL, and some of the US mainstream media waking up, we are aren’t dead yet! Hopefully Islam in the West will be one day though. Keep up the fight!
Warn the World

Here is the link to Tony Blair’s op-ed in the Daily Mail: http://www.dailymail.co.uk/debate/article-2334560/The-ideology-Lee-Rigbys-murder-profound-dangerous-Why-dont-admit–Tony-Blair-launches-brave-assault-Muslim-extremism-Woolwich-attack.html

Tony Blair still doesn’t get it. He recognizes that there is a systemic problem within Islam, but somehow it can be cured with “freedom.” Freedom has no appeal to those who believe that Allah’s laws are superior to man-made laws Surah 5:50)and that Muhammad was the perfect example (Surah 33:21). In that context, freedom is equivalent to decadent license — something to be avoided by righteous Muslims. The ideology of Islam cannot be reformed. Rather, governments must become proactive in making “Allah’s laws” illegal and punishable by long prison terms. A short list would include wife-beating, honor murders, FGM, preaching hatred in Mosques (including Al-Fatihah), discrimination against women (including face-veils), and under-age forced marriages. Many of “Allah’s laws” are repugnant to 21st Century civilization.

I will not trust a man who are reponsible for rubbing his fellow britons noses in diversity. No way. The man is a traitor and puppet for the global elites.

You have got it right, Robin. We have had to live with this liar governing us. The greedy, socialist Blairs have made millions and still want more by getting back into politics.
Don’t be fooled, Blair says one thing to get elected, then refuses to carry out his promises. Blair takes the most popular view for his own ends and today’s most popular view is that Islam is a problem. He has seen the rise of the EDL and will want to get into Parliament again to STOP opposition to Islamification of the UK, not to deal with the Islamic problem.
The Blairs own nine large properties worth millions , Tony Blair makes millions by travelling the world giving outrageously expensive talks, particularly to Americans. The Blairs have been able to give their three older children a property each with values of at least £1 million per property. Mrs Blair’s biggest fear allegedly is that she might be without money one day!

Tony Blair? Look at his record as Peace Envoy to the Middle East.
What a resounding success! Syria has no civil war, Iran is not making a nuclear bomb, Israel is not having to deflect attacks on their country by Palestinians who should use the Saudi money they get on improving their lives, Muslims are no longer taking over peace loving countries with brutality, Muslims are no longer beheading Christian and Buddhist children because they are non-Muslim, the war in Afghanistan has ended and all Muslim countries have now invited the Salvation Army to enter, sing Christian hymns and give out bibles.
All is peaceful now in the Middle East thanks to St Tony.
Yeah, right!

I guess Tony didn’t see the signs carried by muslims years ago, especially the one that said, “FREEDOM GO TO HELL”. THAT’S the REAL islam and he’s living in La La Land if he thinks any differently.

Or the poppy burning

Mr. Blair is about thirty years too late! He is part of the problem for not taking control of the situation and for allowing his country to fall into despair and be ruled by islamics. Have you been to England lately? It is no longer the Queen’s England, it’s the middle-east of 2000 years ago. More women walking around in burkas and attached to dog leashes, and little girls being submitted to genital mutilation in the name “Allah” (in order to please their pedophiles’ husbands) than English people. Please Mr. Blair, spare me the agony of having to listen to your Hypocrisies….

Welcome to the site!