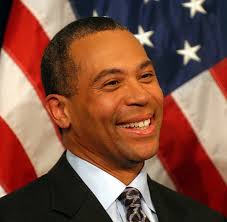 Well unless you were sleeping for about the past two weeks, you must have heard about the Islam inspired terrorist attack at the Boston Marathon. Yes, Islam is the guilty party in the attacks, but there is more to the story than that. There might be what many would call an accessory to the crime, and Massachusetts Governor Deval Patrick, might be him.

Back in May of 2010, over 1000 Muslims who represented Massachusetts  Muslim groups and at least 15 Mosque across the state, called for a meeting with Governor Patrick.

Organizers say about 1,000 Muslims from groups around the state, including 15 mosques, plan to attend a Saturday forum with the governor at the Islamic Society of Boston Cultural Center, in New England’s largest mosque.

Leaders plan to talk to Patrick about what Muslims can contribute, describe bias they face and ask the governor to make specific commitments to raise awareness about their faith.

Obviously they knew they had a dhimmi sucker on the line….Because Patrick quickly dropped to his knees in respect for the ideology of the enemy, Islam!

Sunday, May 23, 2010 – In his largest meeting with Boston-area Muslims, Gov. Deval Patrick agreed yesterday to take aim at ensuring their rights and addressing racial profiling.

The session came little more than a week after two Bay State Muslims were arrested in a raid following an attempted car bombing in Times Square in New York.

But Patrick did not care about that, all he cared about was getting Muslim backing.

More than 1,100 Muslims attended the forum at the Islamic Society of Boston Cultural Center and Mosque in Roxbury, where Patrick was given one minute to answer “yes” or “no” to seven questions, including whether he would:

Have law enforcement agency heads and others meet with Muslims to discuss the need for cultural awareness training. Beginning his comments in Arabic by saying, “Hello, how are you. I speak Arabic a little,” the governor said the forum was not his first exposure to Islam, noting that he’d lived in Sudan and Nigeria.

Like a good little dhimmi, he instantly complied with the demands for those who wish to destroy life as we know it. As you can see, it also came out that he had lived in Sudan and Nigeria. Does he not know of the massive Islamic persecution the Christians of Sudan have suffered? Or does he ignore it, because the Muslim block vote is more important to ego? Has he never heard of Nigeria’s Islamic terrorist group Boko Haram? I highly doubt it!

The governor answered yes to every question.

Not only did he say yes to all of their demands, the Governor once had a loving embrace with Massachusetts Islamic preacher of hate, Abdullah Faarooq.

Abdullah Faarooq:“grab onto the gun, and the sword, don’t be afraid to step out into this world and do your job”.

Nice friend you have their Deval….

Adding to this all, is the fact that Islam calls for terrorism.

YUSUFALI: Against them make ready your strength to the utmost of your power, including steeds of war, to strike terror into (the hearts of) the enemies, of Allah and your enemies, and others besides, whom ye may not know, but whom Allah doth know. Whatever ye shall spend in the cause of Allah, shall be repaid unto you, and ye shall not be treated unjustly.

From the Fighting for the Cause of Allah (Jihaad) Chapter of the Bukhari Ahadith:

Allah’s Apostle said, “I have been sent with the shortest expressions bearing the widest meanings, and I have been made victorious with terror (cast in the hearts of the enemy), and while I was sleeping, the keys of the treasures of the world were brought to me and put in my hand.” AbuHuraira added: Allah’s Apostle has left the world and now you, people, are bringing out those treasures (i.e. the Prophet did not benefit by them).

Once thing is for sure, the Governor has certainly failed America, but now I ask…by siding with Islam, is he an accessory to murder!?! YOU decide! 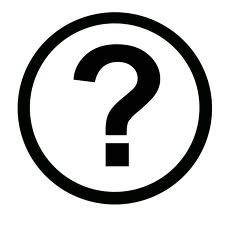 The failed Governor can be reached HERE.

20 comments for “Is Massachusetts Governor Deval Patrick an Accessory to Murder?!”