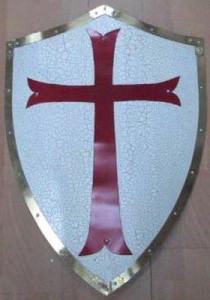 Many of us here at Logan’s Warning have been terribly disappointed, at the overall passiveness of the Christian community, in regards to the war with Islam. Not only have many Christians been ignoring the problem, many have been committing a slow suicide by actually promoting Islam. cSome examples of this are the following:

More Than 50 US Churches Agree to Hold Koran Readings

Bringing Islam into a Church, is the equivalent bringing Nazism into a Synagogue. Bowing down to the ideology of the enemy is a sign of weakness, and to win this war we are going to need a strong voice from the Christian community.

Recently in Detroit there was rally held by the Thomas More Law Center against ObamaCare, and finally a very strong Christian voice surfaced!

This past Friday, March 23, 2012, Richard Thompson, President of the Thomas More Law Center addressed an estimated 1000 who gathered for the ‘Stand Up For Religious Freedom’ rally held in Detroit. The Rally took place in front McNamara Federal Building in downtown Detroit to protest the Obama administration’s HHS mandate. Mr. Thompson was one of nine speakers who addressed the crowd. He drew a roar of applause as he told the crowd, “Christians are born for combat”. Christ said ‘I did not come to bring peace, but a sword'”. Thompson continued,

“When Christ saw the money changers in the Temple, he did not keep quiet in the presence of this wrong to keep the peace. He broke the peace by driving them out. He armed himself with a scourge of cords and drove them out. Peace is not our goal. Righteousness is. It is our duty to resist.”

The rallies were staged to oppose the new mandate from the U.S. Department of Health and Human Services (HHS) that requires all employers provide free contraceptives, sterilization and abortion-inducing drugs through their health plans, even in violation of their consciences.

While this message was against ObamaCare, that same strong Christian voice is what is needed in the war with Islam. If Christians continue to turn the other cheek in regards to Islam, the cheeks of our future generations will be under the boot heel of Islam! (That was not a call to violence, that was a call to push back within the law.)

← Jamaica Queens: Preaching the Bible in the NY Subway System ~ Video
If you Want to Live Under Sharia Law you do NOT Belong in America! →