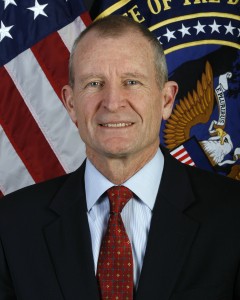 Unlike the Pentagon’s whitewash of the Islamic factor in the Fort Hood attack, finally some of our leaders show some spine and I completely agree with this policy. If an American citizen joins up with an Islamic terrorist group, such has al Qaeda, or Hamas, they deserve to be killed, and if they are captured they should be charged with treason.

Director of National Intelligence Dennis C. Blair acknowledged Wednesday that government agencies may kill U.S. citizens abroad who are involved in terrorist activities if they are “taking action that threatens Americans.”

Blair told members of the House intelligence committee that he was speaking publicly about the issue to reassure Americans that intelligence agencies and the Department of Defense “follow a set of defined policy and legal procedures that are very carefully observed” in the use of lethal force against U.S. citizens.

Blair’s unusually frank remarks come as the issue of targeting Americans for lethal action has attracted more notice. As the United States steps up its campaign against suspected terrorists overseas, it has become more apparent that some extremists may be U.S. citizens.

The most prominent case to date is that of a U.S.-born cleric, Anwar al-Aulaqi, who lives in Yemen and has been linked to the Army major who allegedly shot and killed 13people at Fort Hood, Tex., in November, and to the Nigerian accused of attempting to bomb a Northwest Airlines plane on Christmas Day.

Aulaqi is a member of al-Qaeda in the Arabian Peninsula, an affiliate of the main al-Qaeda organization, and has been linked to the Fort Hood shooter as well as the Nigerian. He was thought to be meeting with regional al-Qaeda leaders at a compound in Yemen targeted by a Dec. 24 strike. He was not said to be the focus of the strike, and he was not killed. But U.S. officials said at the time that they thought he might have been killed.

In response to questions from Rep. Peter Hoekstra (R-Mich.), the panel’s ranking Republican, Blair said: “We take direct action against terrorists in the intelligence community. If that direct action, we think that direct action will involve killing an American, we get specific permission to do that.”

Hoekstra pressed for clarification of the policy, especially its threshold for targeting Americans for lethal action.

“The concern that I have today is that I’m not sure that . . . [it is] very well understood as to what you and the people in your organization can do when it comes to Americans who have joined the enemy,” Hoekstra told Blair.

9 comments for “US Intelligence Chief to Americans That Join the Enemy, we Will Kill you”