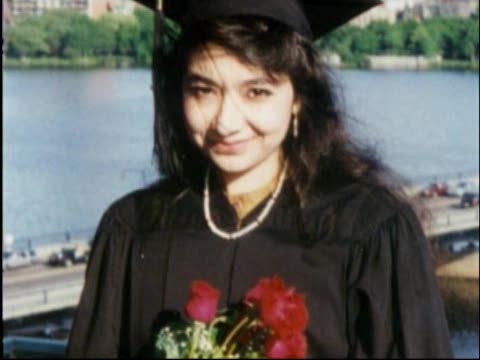 , a straight out Jew hater is at it again. In the past she demanded that she be able to meet with Obama for the purpose of making peace with the Taliban, today her new demand is to have no Jews on her jury. Maybe she will be accommodated in the name of “tolerance and understanding”.

A Pakistani scientist who is the only woman accused of working with the al-Qaeda leadership has demanded that Jews should be excluded from the jury at her trial in New York.

Aafia Siddiqui called for jurors to undergo genetic testing in an outburst in federal court in Manhattan yesterday.

“If they have a Zionist or Israeli background . . . they are all mad at me,” Ms Siddiqui, an American-educated neuroscientist, said. “I have a feeling everyone here is them [sic] — subject to genetic testing. They should be excluded if you want to be fair,” she told the judge.

Prosecutors say that Ms Siddiqui, 37, who has a biology degree from the prestigious Massachusetts Institute of Technology and a PhD from Brandeis University, fled the US in 2003 after marrying an al-Qaeda operative.

She was arrested outside an Afghan government compound in Ghazni province, allegedly carrying two lb of poisonous sodium cyanide and information on chemical, biological and radiological weapons, as well as descriptions of US landmarks such as Wall Street and the Statue of Liberty.

She is charged with allegedly grabbing a US Army officer’s M4 rifle and shooting at a team of FBI agents who were trying to question her on July 18, 2008. She was shot in the stomach in the exchange of fire and taken to the US a few weeks later to face federal charges of attempted murder and assault.

US officials allege that Ms Siddiqui has links to top al-Qaeda suspects. They say that the mother of three is married to Ali Abd al-Aziz Ali, known as Ammar al-Blackuch, a nephew of Khalid Sheikh Mohammed, the self-proclaimed mastermind of the September 11 terror attacks, and a cousin of Ramzi Yousef, who was convicted of the 1993 bombing of the World Trade Centre in New York.

The criminal charges do not mention al-Qaeda, however, and the judge has barred prosecutors from telling the jury about her alleged ties to the terror group.

Nevertheless, Ms Siddiqui, who wore a white scarf covering her face in court, vowed not to co-operate with the trial. “I’m boycotting the trial, just to let all of you know,” she said. “There’s too many injustices.

After the judge thanked her, she put her head down on the defence table and went silent as prosecutors flashed a photograph of her face on a television monitor.

“I don’t trust you,” she told the judge at one point before the potential jurors packed the courtroom.

The outburst was the latest of a series of courtroom rants by Ms Siddiqui, who has also tried to fire her lawyers.

Her trial had been delayed for psychiatric tests, but most concluded that she was faking mental illness. After jury selection is complete, opening arguments will begin on Tuesday.

47 comments for “NYC: Muslim Wants no Jews on Jury”