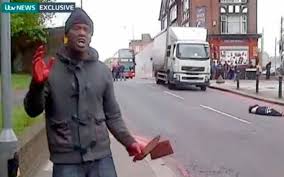 One of the most hideous actions taking place across the world are Muslims beheading people. An action sanctioned by the Koran.

So when you encounter [in battle] those who disbelieve, then [attack them with] a striking of the necks (fa-darba’l-riqābi is a verbal noun in place of the [full] verbal construction, that is to say, fa’dribū riqābahum, ‘then strike their necks’), in other words, slay them — reference is made to the ‘striking of the necks’ because the predominant cause of being slayed is to be struck in the neck. Then, when you have made thoroughly decimated them, bind, spare them, take them captive and bind firmly, the bonds (al-wathāq is what is used to bind [yūthaqu] a captive). Thereafter either [set them free] by grace (mannan is a verbal noun in place of the [full] verbal construction), that is to say, either show them grace by setting them free unconditionally; or by ransom, ransoming them with payment or with Muslim captives, until the war, that is to say, its participants, lay down its burdens, its heavy loads of weaponry and other things, so that either the disbelievers surrender or enter into a treaty. This [last clause] constitutes the ‘purpose’ of [enjoining the Muslims to] slaying and taking captive. So [shall it be] (dhālika is the predicate of an implied subject, [such as] al-amr, ‘the ordinance’, in other words, ‘the ordinance [of God] regarding them is as mentioned’). And had God willed, He could have [Himself] taken vengeance on them, without any fighting, but, He has commanded you to [do] it, that He may test some of you by means of others, from among them, by way of battle, so that the slain among you will end up in Paradise, while those [slain] among them [will end up] in the Fire.And those who are slain (qutilū: a variant reading has qātalū, ‘those who fight’) — this verse was revealed on the day of [the battle of] Uhud, after the dead and the wounded had become numerous among the Muslims — in the way of God, He will not let their works go to waste, He will [not] render [them] void.

An action that was like a hobby to madman Mohammad.

Muhammad presides over the beheading of 600 to 900 Jews

From page 464 (690 in the Arabic) of the earliest Muslim biography of Muhammad:

Then [the Banu Qurayza tribe] surrendered, and the apostle [Muhammad] confined them in Medina in the quarter of d. al-Harith, a woman of B. al-Najjar. Then the apostle went out to the market of Medina (which is still its market today) and dug trenches in it. Then he sent for them and struck off their heads in those trenches as they were brought out to him in batches. Among them was the enemy of Allah Huyayy b. Akhtab and Ka`b b. Asad their chief. There were 600 or 700 in all, though some put the figure as high as 800 or 900. As they were being taken out in batches to the apostle they asked Ka`b what he thought would be done with them. He replied, ‘Will you never understand? Don’t you see that the summoner never stops and those who are taken away do not return? By Allah it is death!’ This went on until the apostle made an end of them.

An action that cleary has Muslimah Amal in the state of ecstasy. (I was told she is in Germany, but have not yet verified.) 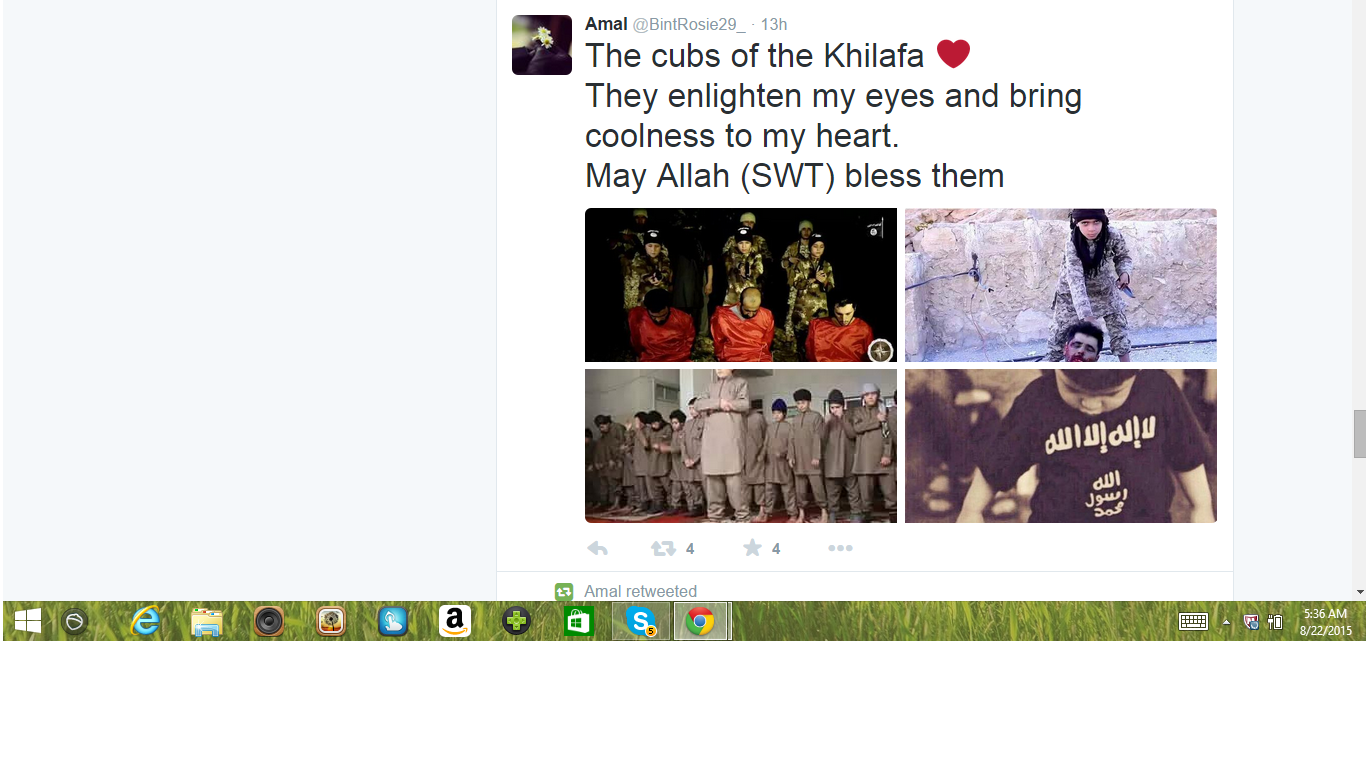 Yes my friends, Islam is a mental disease.