In order to defeat Islam in America we need to be willing to put in the time to counter the Muslim lead misinformation machine. A machine that unfortunately has uninformed non-Muslims who are greasing its wheels. Today we see an example of this in the Detroit News.

Extremists for centuries have claimed religious reasons for their barbaric actions, creating a backlash against others who are truly following their beliefs. Today we are seeing that play out in Michigan, as members of our local Muslim community are facing hatred, harassment and vandalism in retribution for acts happening half a globe away – acts that they are quick to condemn themselves.

I condemn any violence and vandalism, but right off the bat we can see the ignorance of the four authors. Because Islam itself is barbaric. 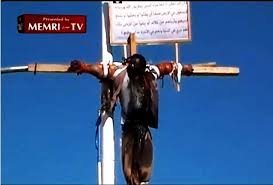 Judging someone on the basis of their religious beliefs is just as unacceptable as judging them on the color of their skin, or their gender. Unfortunately, due largely to ignorance, we are seeing stereotyping playing out here in Michigan in the wake of the deplorable series of beheadings, terrorist attacks on schools, hostage taking and other uncivilized behavior in the Middle East, Pakistan and Australia.

Apparently not even one of the four authors has bothered to read a Koran. Because Islam judges on religious beliefs.

the path of those whom You have favoured, with guidance (from alladhīna together with its relative clause is substituted by [ghayri l-maghdūbi ‘alayhim]) not [the path] of those against whom there is wrath, namely, the Jews, and nor of those who are astray, namely, the Christians. The subtle meaning implied by this substitution is that the guided ones are neither the Jews nor the Christians. But God knows best what is right, and to Him is the Return and the [final] Resort. May God bless our master Muhammad (s), his Family and Companions and grant them everlasting peace. Sufficient is God for us; an excellent Guardian is He. There is no power and no strength save in God, the High, the Tremendous.

Our friends and neighbors of the Islamic faith are not responsible for the violence done in the name of religion around the world. We join in denouncing those who racialize and minimize Islam, blaming it for geopolitical tensions and using it as an excuse for more violence rather than developing a better understanding of Muslims and the Islamic religion.

They might be your neighbors but that does not mean they are your friends and have good intentions.

Muslims believe the Koran is the word of their God, and not just parts of it. All of it. That is why no Muslim will condemn any Koranic verse. They have also been instructed by their hero Mohammad to lie.

It would help if the authors of Islam actually put in a real effort to understand Islam. But instead they have chosen to take the easy way out.

As we always have, we stand united with our Muslim sisters and brothers, especially during this time when their religion has been hijacked by extremists. Indeed, Muslim religious leaders from across the region spoke out against ISIS on Aug. 15, with Imam Mohammad Elahi, of the Islamic House of Wisdom, calling ISIS “a bunch of gangsters” that does not represent Islam.

Of course they do not offer any proof whatsoever showing how Islam has been “hijacked”. But I can easily prove it hasn’t been. As Mohammad himself was a terrorist.

A few months ago Muslim leaders did make a statement. One that the quartet above obviously did no homework on. Because it was refuted here.

To expand our community of peace, we encourage you to learn more about the culture and faith of our Muslim neighbors. It is important always, but especially at this time of global fear and tension, to expand the circle of civic friendship. We suggest the following:

■Arrange a presentation on Islam by the Council of American Islamic Relations.

■Join the Take on Hate Campaign.

To save America from the barbarity of Islamic rule, North American Infidels encourages you to learn more about the culture and faith of our Muslim neighbors. You can start by reading how we refuted the Council of American Islamic Relations “About Islam” page. Ignorance kills. 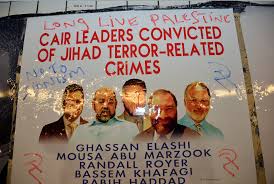 9 comments for “The Detroit News’ Attempt to Whitewash Islam ~ Undone!”