On the surface many publically known Muslims appear to be well-meaning, but the truth is that they prey on naïve and trusting non-Muslims. Tonight I will share another example of this with you.

Let’s take a look at how NY’s Linda Sarsour deceives the public. 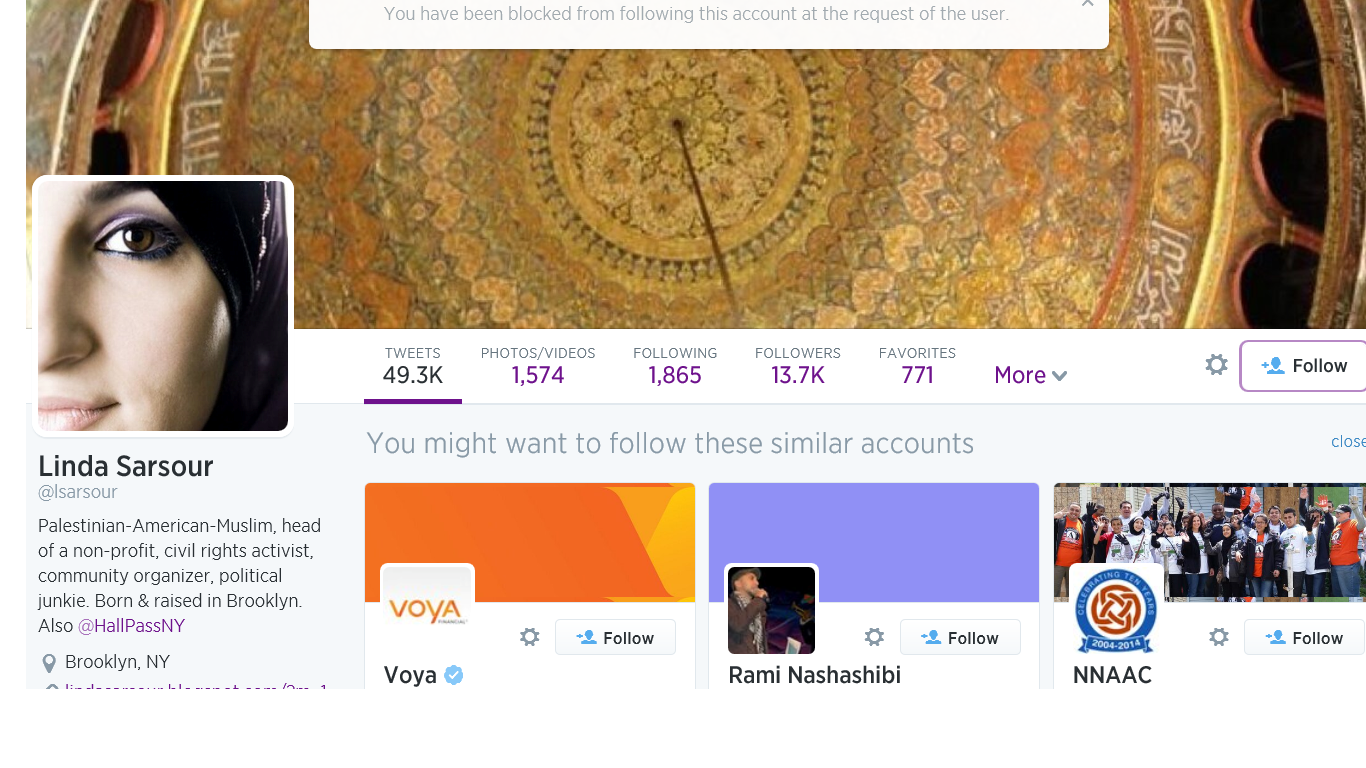 As you see Linda likes to call herself a civil rights activist. Which implies she is actually concerned with the rights of minorities other than Muslims.

Now if that were true, she would not be a Muslim. Because under Islamic Law, non-Muslims are not on equal footing with Muslims.

Will Linda condemn that Koran verse? Of course not.

On her Blogger profile, she takes things even further.

I am a Palestinian American Activist Diva. I have dedicated my life to the cause – to creating a just society for all and when I say ALL – I mean everybody regardless of who you are and where you come from. I say what’s on my mind and I am not afraid to stand up for what I believe in even if that means I am standing alone. I love talking politics and meeting new people. I am living my life with purpose in hopes that I leave a legacy behind for my children and grandchildren. This world belongs to us and we must protect it from corruption and injustices.

Sure, it all sounds nice and the media, public, and Mayor De Blasio eat it up. 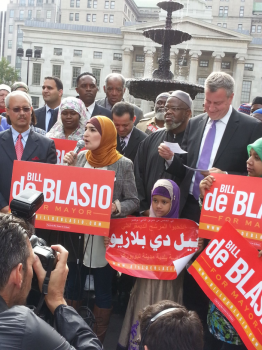 But the truth is that her words are just empty talking points that do not get into specifications on what “corruption” and “injustice” are.

She parades around like she is fighting for the equal rights of all. That is just a smokescreen though. As she just uses non-Muslims and the media to help desensitize the country from the threat of Islamic rule.

While her empty words work with the far-leftist Mayor and media, they do not fly here. You see, I ask the questions Muslims fear, and that is why they cowardly “block” me on social networks. My truths are kryptonite to Muslims.

Logan’s Warning, North American Infidels…..doing the work the mainstream media doesn’t have the stomach to do.

Related article: NY Muslim “Activist”: There is Nothing Objectionable in the Koran